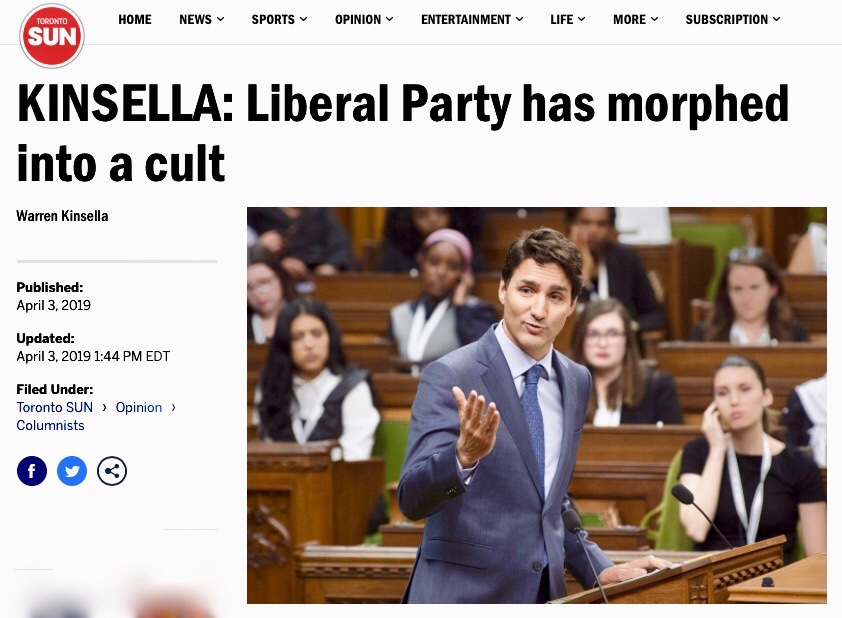 My latest in the Sun: the Trudeau cult

At the end, the lynch mob all gather in a bar, and Henry Fonda reads a letter the dead man wrote to his wife. Here is some of it.

That speech is why I became a lawyer. What Henry Fonda said,  in a long-ago Western. What he said about justice, and how it is the thing that makes us human.

Jody Wilson-Raybould, who I have never met – and Jane Philpott, who I have – remind me a little bit of Henry Fonda, reading that dead man’s letter. They seem to believe, as I do, that if we do not have justice, we have not much left. They proudly gave up everything for it, after all.

After what you Liberals did, I suppose you are expecting me to liken you to a lynch mob. And, it is true: you were a bit like that.

Hell, you expelled Jody Wilson-Raybould on the pretext of a making a tape on which a powerful man threatens her. When, a few days later, the Prime Minister of Canada spoke to Wilson-Raybould about why she’d been demoted – and he didn’t bother to tell her his Principal Secretary was secretly listening in. Keeping a record of what was said.

Well, he lied. His willingness to brutalize Wilson-Raybould, Philpott and Liberal MP Celina Caesar-Chavannes – and to cut a sweetheart deal for a sleazy donor – showed him to be none of those things. It showed him to be what this newspaper memorably called him this week: the fake feminist.

And so, you will end like all cults do: you will go down with your leader. You will perish with him, and you all richly deserve it.

Because voters understand – as they did at the end of The Oxbow Incident – that justice is all that keeps us from devolving into a lynch mob.