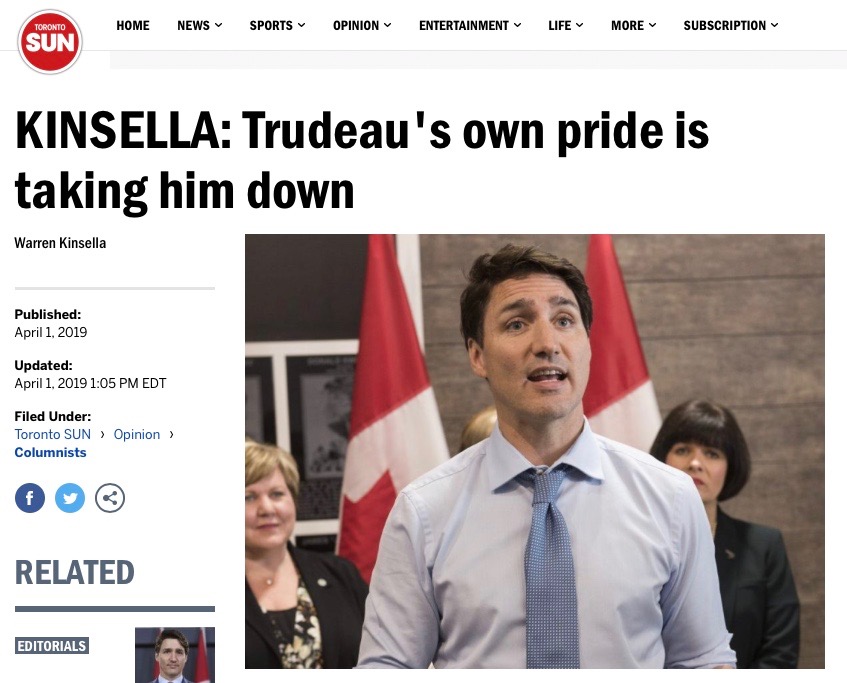 Pride goeth before the fall. And Justin Trudeau, always a proud one, is rapidly falling towards defeat.

Ask a pollster. The Angus Reid Institute, for instance, released a survey last week. They found that Trudeau’s Liberals are a full nine points behind Andrew Scheer’s Conservative Party. And the New Democrats and the Green Party are benefiting too, Angus Reid says.

Ipsos, another national polling agency, also released some startling numbers last week. And Ipsos was even worse for the Grits. The firm suggested the Liberals are losing by ten points to the Conservatives — and found, incredibly, that U.S. President Donald Trump is more popular than Justin Trudeau.

So, right now, Trudeau is heading towards ignominious defeat. That’s the reality. Is it just Lavscam that did it?

No. The writing was on the proverbial wall last year.

The rest is here, gratis.