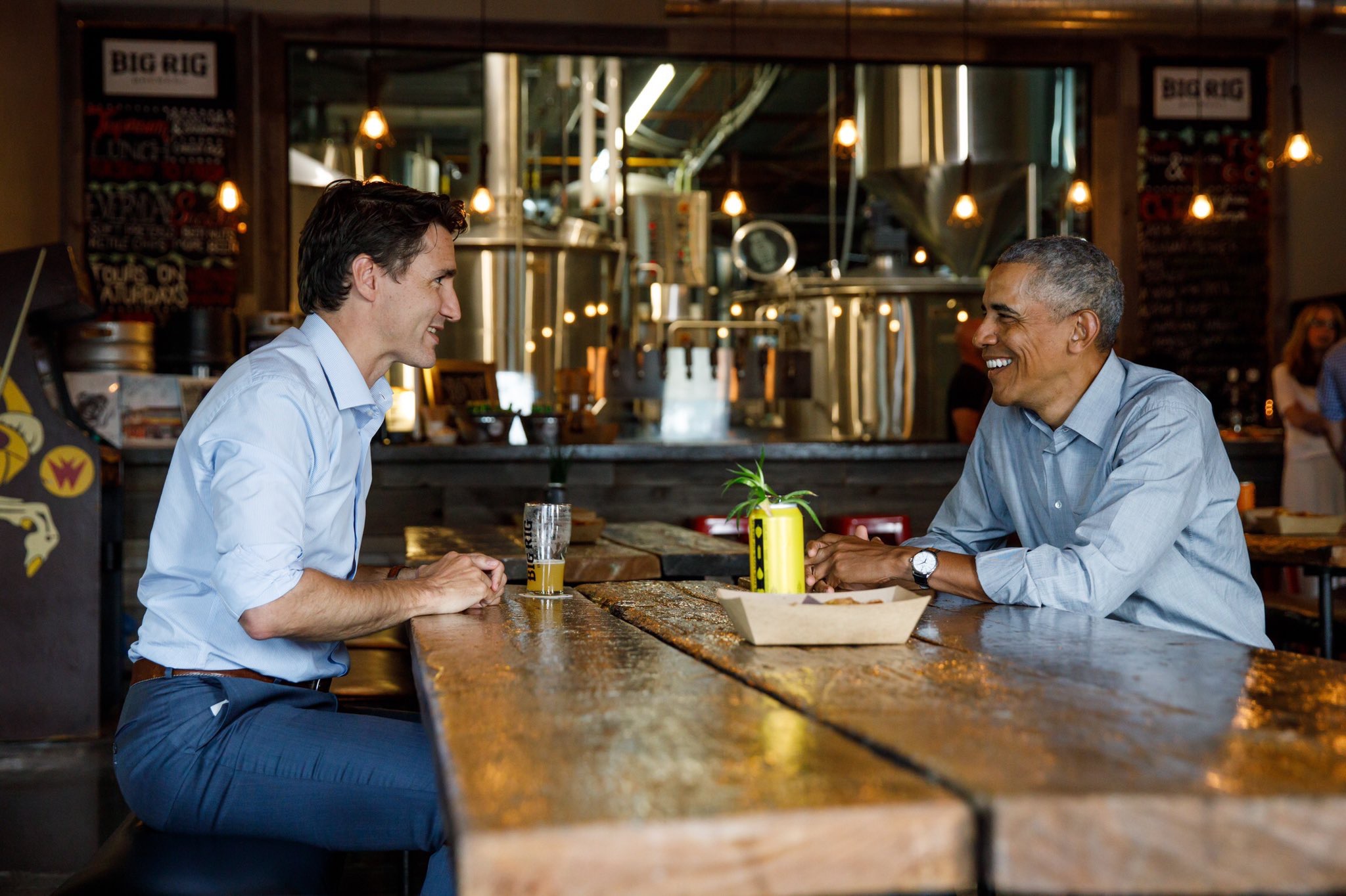 So, Barack Obama, the best president ever, was in Ottawa. I was there at the same time. Do the math.

Okay, no, I didn’t meet him or see him when I was in the Town That Fun Forgot, but Justin Trudeau did. The met at a pub. I am shocked, but apparently someone was there and able to take a photo.

I’m torn on this one. With the new NAFTA still unratified, and the Mango Mussolini going after another NAFTA partner (Mexico), is now a good time to raise the ire of the Unpresident?

Then again, Trump doesn’t get to vote in the Canadian election – now a bit over 100 days away – and Obama is much-loved by Canadians. So, perhaps it was shrewd electoral move by Prime Minister Chewbacca Socks.

There’s a third possibility, too: Barack Obama is a former President of the United States, and it would be unCanadian – and quite rude – for our top guy not to meet with him when he’s here.