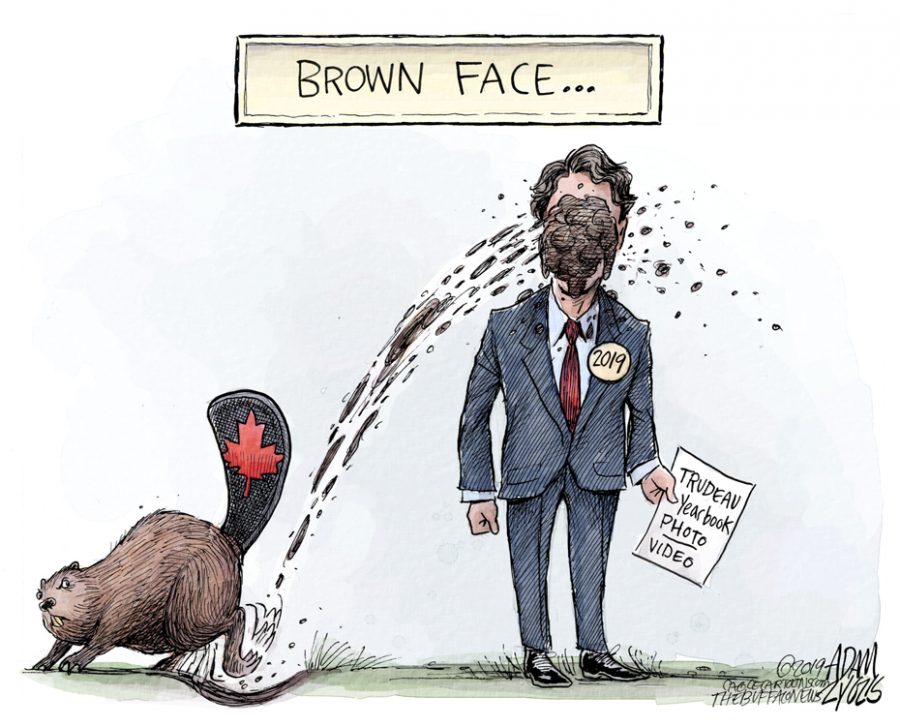 My latest: the speech Justin Trudeau should have given, but won’t

My fellow Liberals, my fellow Canadians.

Last week, I spoke about the scandal that has hit my campaign. I didn’t do it right, so I’m now going to try again.

First things first: over and over, I used the wrong pronoun. I talked about how “we,” as a country, need to do better. How “we” need to be less racist.

I got that wrong. I shouldn’t have said “we.” I should have said “I.” Because I – not we – was the one who smeared stuff all over my face and my body and mocked black people.

In the video that came out, everyone focussed on the blackface-style racism, and they should have. But they missed something, maybe because the video was grainy.

In it, I’m wearing a T-shirt with bananas on the front. I’ve stuffed something down the front of my jeans. And I jump around like an ape.

I did all of that to communicate something that I’m amazed so many of you missed. I did it to suggest that blacks are apes. Which was the worst kind of racism.

Oh, in case you are wondering if I did blackface more than those three times, the answer is yes: I did. I repeatedly, and gleefully, acted like a racist. I can’t remember every detail because I was wasted.

The people who work for me have all forgiven me, of course. What do you expect? When the boss asks people for forgiveness, they will always give it.

But I must say that Liberal MPs of colour – Navdeep Bains, Omar Alghabra, Greg Fergus – surprised even me with how speedily they pronounced me without sin. I think we all know that if Andrew Scheer had done blackface on Halloween at the age of five, Navdeep, Omar and Greg would be convening a Human Rights Tribunal right now to have Scheer thrown in a gulag in Nunavut for the rest his life.

Because black face is racist. What I did was racist. I wanted to communicate that black people are worthy of mockery. That they are apes. That they belong in cages. That’s as racist as it gets.

Now, last week, I tried to excuse away my racism by saying I was a child of privilege. That I had grown up with a “blind spot” about such things. But we all know that’s a lie.

Growing up rich, and going to the best schools – being a child of privilege – doesn’t excuse my racism. In fact, it’s the reverse: it makes my racism all the more wrong. I, growing up in the house of the man who gave Canada a Charter of Rights, should have known better.

Anyway, words are cheap. I apologize for stuff all the time, to the point where the apologies have no meaning anymore. All that matters is actions, not words.

So, I will now do what I should’ve done last week. I intend to resign the office of the Prime Minister soon after the election, win or lose. And, by the way, I’m amazed I could still win it. That says a lot more about Canadians that it does about me, frankly.

So, there you go. I need time to get away and learn to be a better Dad, a better husband, a better man. I can’t do that as Prime Minister of Canada.

Because words can’t excuse what I did.

Because what I did was racist.