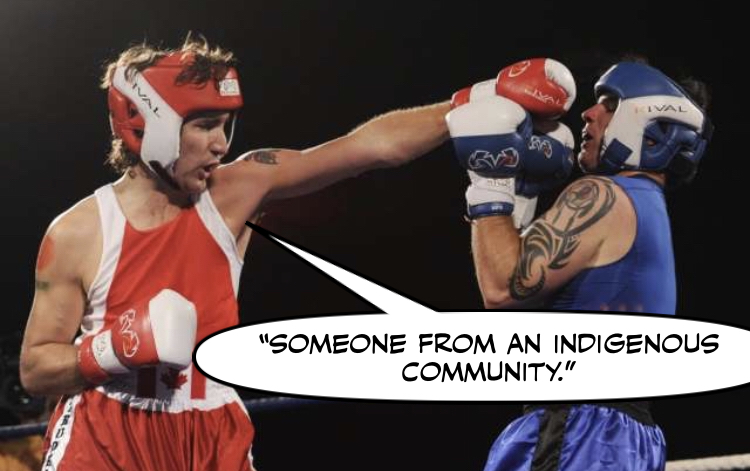 Trump and Trudeau: brothers of another mother

Trump and Trudeau: They’re not that different, really.

Sons of millionaires. Never had to worry about a hydro bill, never needed to fret about a mortgage payment. Never experienced the pocketbook terror that is everyday existence for lesser mortals.

Bodyguards, maids, chauffeurs, private jets: These were the emblems of the lives that Trudeau and Trump led and lead. They breathed the same rarefied air as other millionaires and billionaires. They got invited to all the right parties. We in the media hung on their every utterance, stupidly believing that being born rich renders someone worth listening to.

No military service for either. No involvement in government before they both somehow seized the top job. No known ideas or policies. But models, yes. Lots.

And famous. Trump became famous for The Apprentice, and for his expert manipulation of New York City’s viciously competitive media. He’s the assignment editor for all journalists, and he bragged about it in his various ghosted books. Said he in The Art of the Deal: “Most reporters, I find, have very little interest in exploring the substance of a detailed proposal for a development. They look instead for the sensational angle.”

Trudeau gets that, too. He became famous because of the sensational eulogy he gave to his father — the one that his pal, Gerald Butts, told everyone that he wrote — and he became even more famous when he sensationally beat up an indigenous man.

He actually bragged about that. Trudeau actually crowed that he consciously targeted an indigenous man for a public beating. Said Trudeau to Rolling Stone: “I wanted someone who would be a good foil, and we stumbled upon the scrappy, tough-guy senator from an indigenous community. He fit the bill. I saw it as the right kind of narrative, the right story to tell.”

So: Rich, privileged, famous. There’s a reason why Trump and Trudeau have mostly gotten along so well: They both are charter members of the lucky sperm club.

But there is one characteristic that they share above all others. There is one thing, in government and out, that makes them brothers of another mother.

They believe the rules don’t apply to them.

This week, Trump reminded us of that. This week, we learned that he really, truly had called the newly minted president of Ukraine, and requested, seven times, that Ukraine investigate a U.S. citizen, one Joe Biden. Conservatives may not regard that as a “high crime,” but it sure as hell is at least a “misdemeanour” — and, therefore, an impeachable offence.

And how did we get the evidence that Democrats are now relying upon to impeach Trump? Well, they got it from Trump himself. He provided his political executioners with the rope they needed to fashion a noose.

Because he doesn’t think the law should apply to him.

Ditto Trudeau. He can brag about beating up someone who is indigenous (Patrick Brazeau), he can try and destroy an indigenous woman who refused to break the law for him (Jody Wilson-Raybould), he can wear racist blackface to mock others (black Canadians) — and then brazenly claim he isn’t racist.

(Oh, and he and his cabal can come up with a racist name for NDP Leader Jagmeet Singh, too. More on that in my next column.)

Trudeau can do all those racist things, and then insist he believes in tolerance and diversity. Which is standard operating procedure for someone who believes the rules don’t apply to him.

Only one thing differentiates the two leaders right now: Donald Trump is facing impeachment for his sins, and Justin Trudeau isn’t.