Me and Fight Club 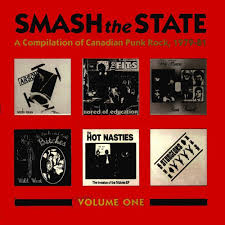 About forty years ago, I stood on a stage in a community hall in Calgary, and looked down at a swirling, tilting mosh pit of punks, slamming into each other, leaping, fighting.

It was chaos.  It was anarchy.  It was a giant washing machine on its side, grinding away, filled up with sweat and blood and fists.  The place was going to detonate at any moment, shooting pieces of building and punk rockers all over Seventeenth Avenue.

My band, the Hot Nasties, played on.  I was the lead singer, straddled centre stage, and I looked down at the punks.  There were hundreds of them at our sold-out show.  We had put up a few posters, but that’s it.  In 1978-79, we could draw a thousand punks by word of mouth alone.

I felt this warm wave wash over me, and I realized I was smiling.  Later on, I figured out what it was: it was joy.  Pure joy.

I had never really been into the anarchy ethos of the punk movement.  I was a punk, sure, but I still lived in suburban Calgary with my parents.  Extolling anarchy seemed a bit hypocritical, to me.

But at that moment, at that show – as everything was descending into pure, unadulterated chaos – it felt like the world was about to atomize, and fall between the cracks of the floor at the community hall.  And I felt exultant.  I felt jubilant.

Yes, yes, I know: I’m a lawyer now.  I worked for a Prime Minister.  I have a house in the County. I’m in my late fifties. I’ve navigated the establishment, and I’ve done okay.  I have kids. Yes.

But, as I get older, I find myself orbiting inexorably closer to that teenaged punk that I was.  Back to when I had no ideology, no party membership, no governing philosophy.  Just a desire to rip everything apart.  Rip it to pieces.

Throughout this election campaign, I’ve been asked often why I hate Justin Trudeau.  I always say the same thing: “I don’t hate him.  If I really hated him, he wouldn’t be still standing.  He’s just a liar, and I don’t like liars.  All of them, all of the partisans are mostly liars, too.”

So, I have about 42,000 Twitter followers.  There’s just one of them, a guy I don’t even know, who gets me.  Every time I point my flamethrower at something, he always says the same sort of thing: “The punk.”  And I say to him: I don’t even know who the fuck you are, and you know the inside of my grimy, calloused, safety-pinned soul.

Tear it all down, start over again.  That – along with anger, and DIY, and anti-racism – is what the punk movement was all about.  And punk remains my only ideology, pretty much.

I’d apologize for the long-winded intro, but it’s probably more appropriate to say fuck you if you don’t like it.  You didn’t pay to get in here, did you?

What I wanted to say – what I wanted to explain – is my profound love of Fight Club, the movie.  It’s twenty years old, as Barry Hertz writes in this column in the Globe. It affected him, I think, like it affected me and a million other misfits and losers and punks.

Fight Club – like Clockwork Orange, Repo Man, The Rock Horror Picture Show and a precious few other movies – was like this documentary about the inside of every punk’s brain.  There was some misogyny in there, and some adolescent stupidity, and some other stuff that should’ve been taken out.  But, mostly, it was this perfect movie that no one went to see when it came out, twenty years ago.  Except us.

Slouching in the dark of a movie theatre somewhere, watching everything whirl and twirl and then self-destruct.  Gloriously, dramatically, perfectly.

Make no mistake, Conservatives edging ever-closer to power: I’m going to eventually come after you, too, just like I did the Trudeau Cult. 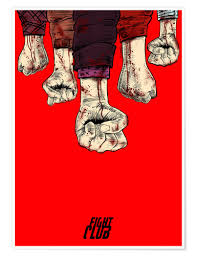