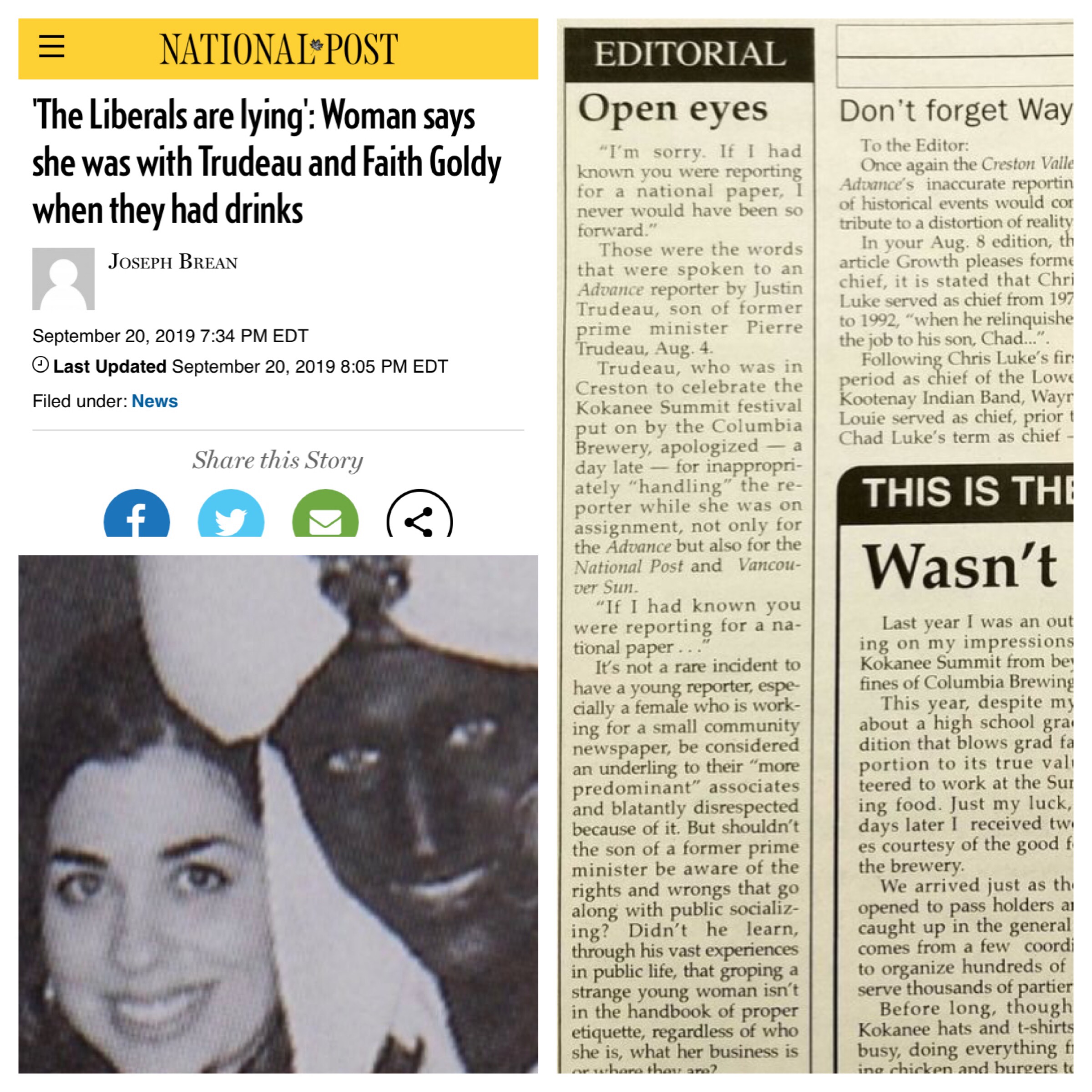 The rumours about Justin Trudeau

As we now know, some of the rumours about the Liberal leader turned out to be true.

So, in 2014, this writer was told there were affidavits detailing inappropriate conduct between Trudeau and various young people. I simply did not believe it, but I raised the allegation directly with Trudeau’s most-senior adviser.

To my surprise, he acknowledged the allegations had been made in affidavits, but said that Trudeau’s insular inner circle were not worried. They had rebutting affidavits of their own to respond.

Subsequently, a female parliamentarian sent me an editorial written by a B.C. reporter in which she alleged that Trudeau had groped her, quote unquote, at a beer festival. While Trudeau said he did not act inappropriately, he apologized, saying “people can experience interactions differently.”

In 2016 and again in 2017, this writer was told by a senior Liberal that photos existed of Trudeau wearing blackface, dating back to his time as a teacher at a private school in Vancouver. The Liberal war room knew about the photos, he said.

Efforts to find any proof, however, were unsuccessful. It did not occur to us to simply check the private school’s year books. I — and others, as it turned out — did not believe Trudeau could be that stupid. To pose for photographers wearing blackface.

But it was true: At the age of 29, while a teacher and in a position of responsibility with children, Trudeau had indeed partied in racist blackface. Turned out he had done it several times, too.

Did the blackface rumour — now the blackface fact — mean that Trudeau was a racist? In no time, several non-white Liberal MPs hustled to microphones to say that, sure, the blackface incidents had happened. But Trudeau wasn’t a closeted drawing-room bigot, they insisted.

And then Omer Aziz, a former Trudeau government aide, authored a scalding op-ed in the Globe and Mail. He wrote about Trudeau and his inner circle, and their attitudes towards minorities: “Condescending attitudes were regularly revealed. Minorities were undermined, ghettoized. The casual disregard of the privileged was systemic. I felt like I could not breathe.” Aziz quit.

Those are just some of the rumours. Some turned out to be true, others are just false, or without a shred of proof. One is presently making the rounds on a fake-news website that has fooled many in the past, this writer included. It should not be taken seriously, in any way.

But those of us privileged to hold positions in the news media, whether we admire Trudeau or not, have an obligation to investigate and report. When the subject-matter is the prime minister of Canada — a man who has repeatedly held himself out as a feminist and anti-racist and a family man — we in the media owe our readers and our listeners the truth.

On a segment on a Toronto radio program this week, and in an opinion piece on Canadaland, this writer was criticized for wondering, in a single tweet, why a Globe and Mail reporter asked Trudeau about why he abruptly left the aforementioned Vancouver private school. My answer: Because it is relevant. Because it is newsworthy. Because it is important.

When the media start acting as an extension of any political party’s war room — when we proactively self-censor — we do our readers and listeners a grave disservice. We work for them, after all.

Rumours may be just rumours. But with Justin Trudeau, as we have seen, oftentimes the rumours turn out to be the truth.