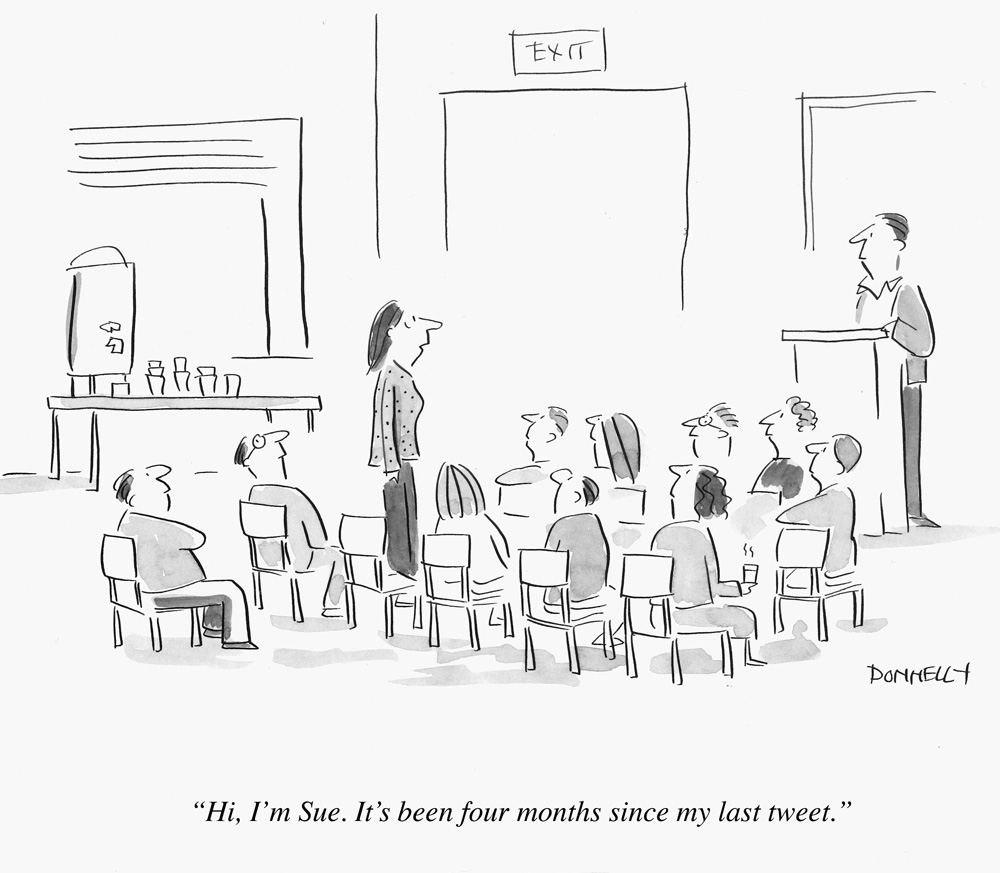 Frank Bruni, who I hero-worship, has a typically-amazing column in the Sunday New York Times.

On Twitter in particular, Trump doesn’t exclaim; he expectorates. You can feel the spittle several time zones away.

And Twitter suits him not just because of its immediacy and reach. It’s a format so abridged and casual that botched grammar isn’t necessarily equated with stupidity; it could simply be the consequence of haste or convenience. Formally written letters follow rules and demand etiquette. For Twitter all you need is a keypad and a spleen.

I love that last line, about needing only “a keyboard and a spleen.”

I didn’t turn off social media, by the by, because I couldn’t handle the crap – I’m actually not bad at handling the social media crap.  Twitter is punk rock Internet, which is why I (usually) got a kick out of it.  It’s fast and nasty and blunt, like punk rock is.

So, I’ve even taught people how to use Twitter, and how not to let it get you down.

But it was getting me down, so I turned it off.  Click.  It was easy.  Haven’t missed it, either.

The Internet is a vanity press for the deranged, someone once said, and it has always been thus.  Expecting enlightenment in 240 characters is kind of ridiculous, when you think about it.