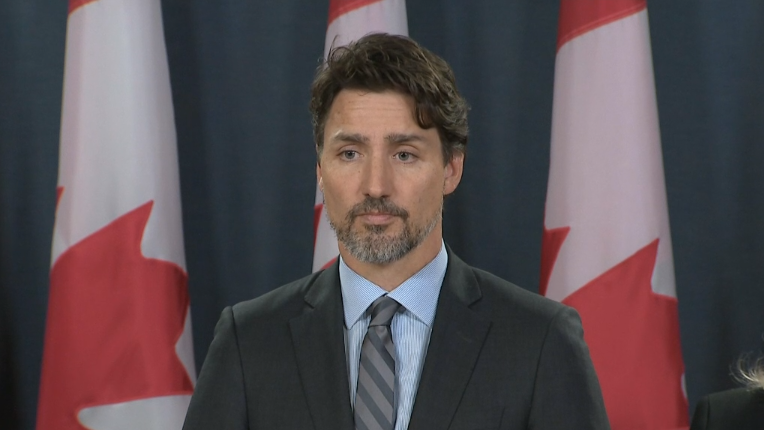 He sure looks sad. He looks positively dejected, in fact.

In his few public appearances since the election, Trudeau has radiated none of the boyish charm that was the signature of his first term in office. Gone are the selfies, the costumes, and the maddening preoccupation with social media.

In their place: a grown-up Prime Minister, kind of.

The beard, the flecks of grey, the downcast eyes: all of it combines to give the Liberal leader the gravitas that he has lacked for far too long. He may be ineffably sad, but the sadness sits well on him.

Plenty of folks have similarly been struck by how changed Trudeau now seems to be. And – ironically, and whatever is the cause – that it has matured Trudeau.

It may sound a bit like Kremlinology, but it can’t be denied that Justin Trudeau is different, now. Even his detractors say so.

One of his biographers, the CBC’s Aaron Wherry, has observed that Trudeau is showing more introspection, and more humility, than ever before. He seems “less youthful,” declared The Economist.

“Humble,” agreed someone at the Toronto Star. “Sombre,” they said. Even card-carrying Trudeau critic Rex Murphy has acknowledged it: “There has been a change in his manner since the election.”

Now, it’s not as if Trudeau lacks justification. Raging wildfires in Australia, dozens of Canadians killed by Iranian missiles, crippling weather, an impeached and distracted president, climate change and economic uncertainty, a coronavirus global emergency: 2020, the experts agree, has deeply sucked, and it is only days old. There is little about which any Prime Minister can celebrate.

But there’s something else at work here – something that is not easily attributable to 2020’s bleak headlines. More than current events explains the change in Justin James Pierre Trudeau, PC, QC.

The conservative rageaholics tweet wild speculation about Trudeau’s personal life. All of it is fair game, to them. And all of it is is mean and lacking in proof.

The answer, like so many things in politics, may be hiding in plain view. It’s not a mystery.

Justin Trudeau is downcast – humble, sombre, older, changed, and all of the things the commentariat say he is – because he lost the election.

Because, you know, he sort of did. Everyone, including his opponents – particularly the Tories, who selected Andrew Scheer because they thought he’d be a reasonable placeholder leader, until someone better came along – believed Trudeau was preordained a second Parliamentary majority. It was his birthright.

And he didn’t get one.

Blackface, LavScam, Aga Klan, GropeGate, deficits, the Griswolds Go To India: all of it came together to bring Justin Trudeau down Earth. And at the worst possible time, too. An election.

It can’t be denied, of course, that Scheer and his campaign manager ran one of the worst election efforts in recent memory. Jagmeet Singh lost half his caucus. Elizabeth May could only add a single, solitary seat to what she had.

Trudeau did poorly in the 2019 federal general election, bien sur. But he knows he is only Prime Minister because his adversaries did a lot worse.

Canadians like it. An Abacus poll conducted a few days ago concluded that “a clear majority see him doing an acceptable or better job.” His party is more popular than it was, and Trudeau’s negatives – while still a bigger number than his positives – are shrinking.

We don’t know why you’re so sad, Justin Trudeau.

But we’re kind of happy about it