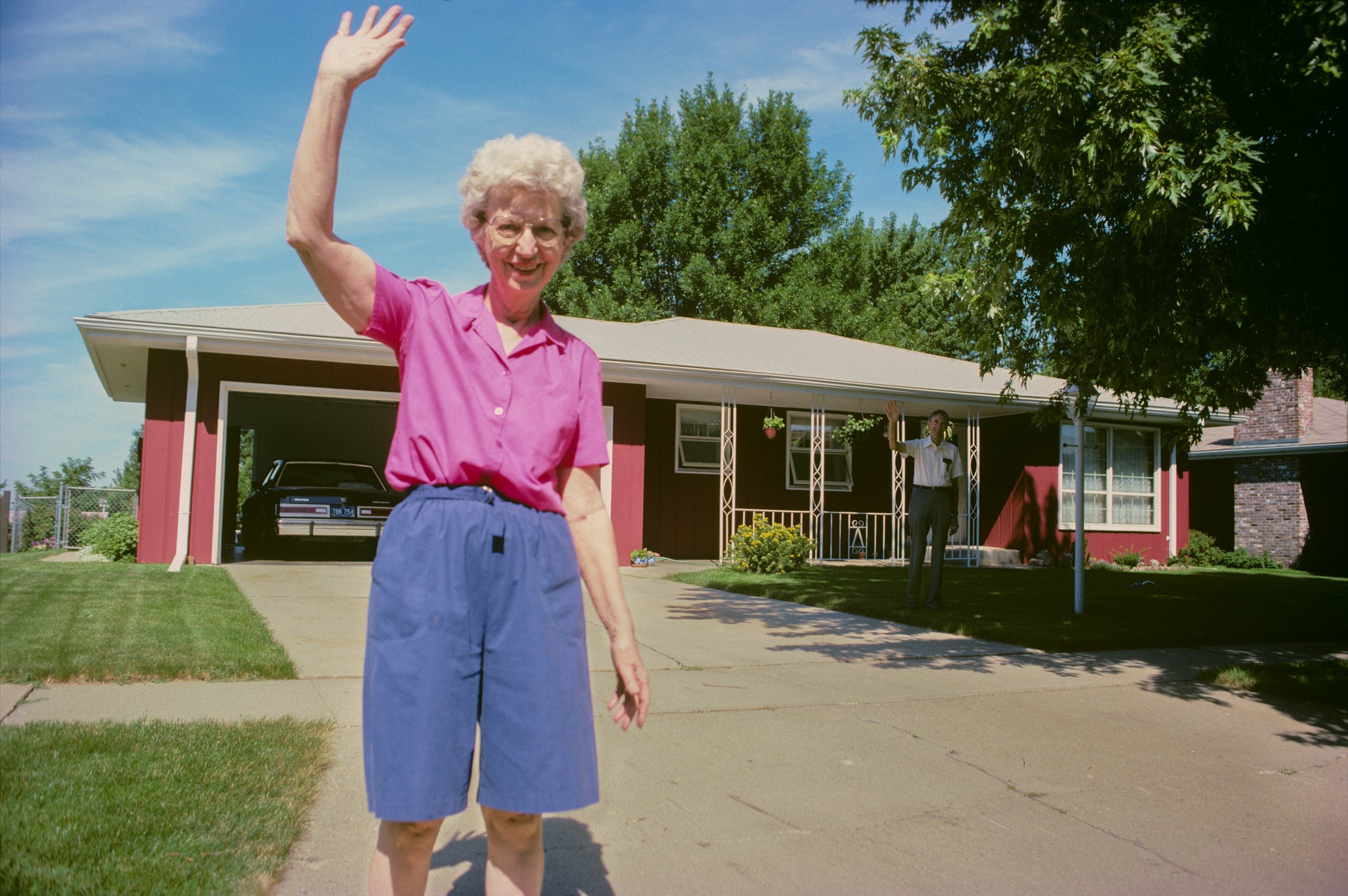 I have something in my eye

If this does not make you cry, you can’t.

Deanna Dikeman’s parents sold her childhood home, in Sioux City, Iowa, in 1990, when they were in their early seventies. They moved to a bright-red ranch house in the same town, which they filled with all their old furniture. Dikeman, a photographer then in her thirties, spent many visits documenting the idyll of their retirement. Her father, once a traffic manager at a grain-processing corporation, tended to tomato plants in the backyard. Her mother fried chicken and baked rhubarb pie, storing fresh vegetables in the freezer to last them through the cold. Every Memorial Day, they stuffed the trunk of their blue Buick with flowers and drove to the local cemetery to decorate graves.

At the end of their daughter’s visits, like countless other mothers and fathers in the suburbs, Dikeman’s parents would stand outside the house to send her off while she got in her car and drove away. One day in 1991, she thought to photograph them in this pose, moved by a mounting awareness that the peaceful years would not last forever. Dikeman’s mother wore indigo shorts and a bright pink blouse that morning; her father, in beige slacks, lingered behind her on the lawn, in the ragged shade of a maple tree. The image shows their arms rising together in a farewell wave. For more than twenty years, during every departure thereafter, Dikeman photographed her parents at the same moment, rolling down her car window and aiming her lens toward their home. Dikeman’s mother was known to scold her daughter for her incessant photography. “Oh, Deanna, put that thing away,” she’d say. Both parents followed her outdoors anyway.