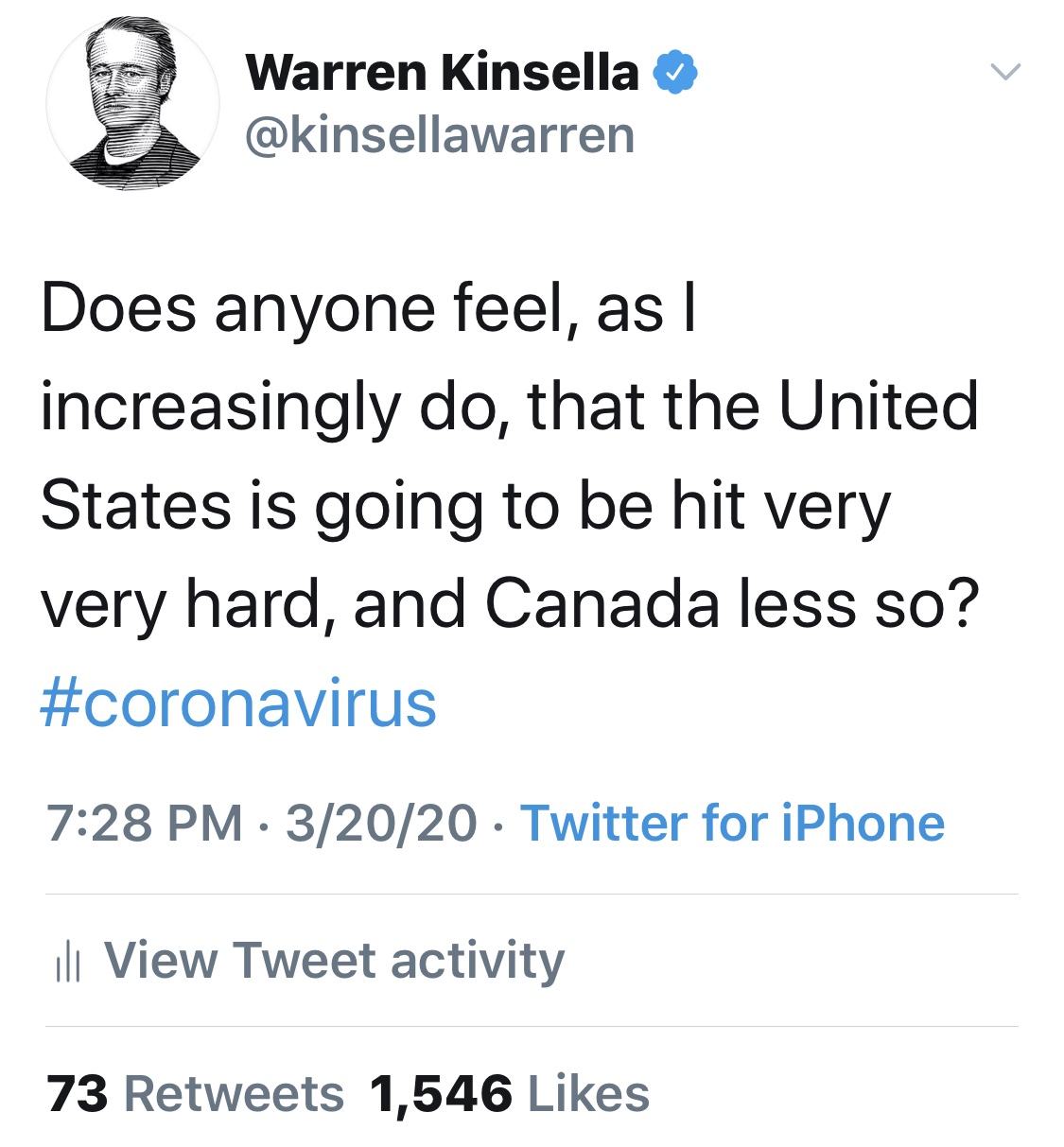 A lot of people seem to agree with this. Hope I’m wrong.

Does anyone feel, as I increasingly do, that the United States is going to be hit very very hard, and Canada less so? #coronavirus