To the barricades, Comrade Spears!

We have nothing to lose but our, um, knee socks!

Britney Spears seemingly called for the redistribution of wealth and a general strike on Monday, “regramming” a post written by Instagram user Mimi Zhu. “During this time of isolation, we need connection now more than ever,” the text shared by Spears said, going on to describe how “we will learn to kiss and hold each other through the waves of the web. We will feed each other, redistribute wealth, strike. We will understand our own importance from the places we must stay.”

The “Work B—h” singer captioned the post by quoting the text’s penultimate line — “communion [moves] beyond walls” — and adding three emoji roses, a symbol commonly used by the Democratic Socialists of America.

“Queen of [the] proletariat,” cheered on one fan in the comments. Jeva Lange 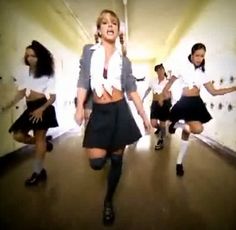 Forward, to the victory of Communism! Go, Team!