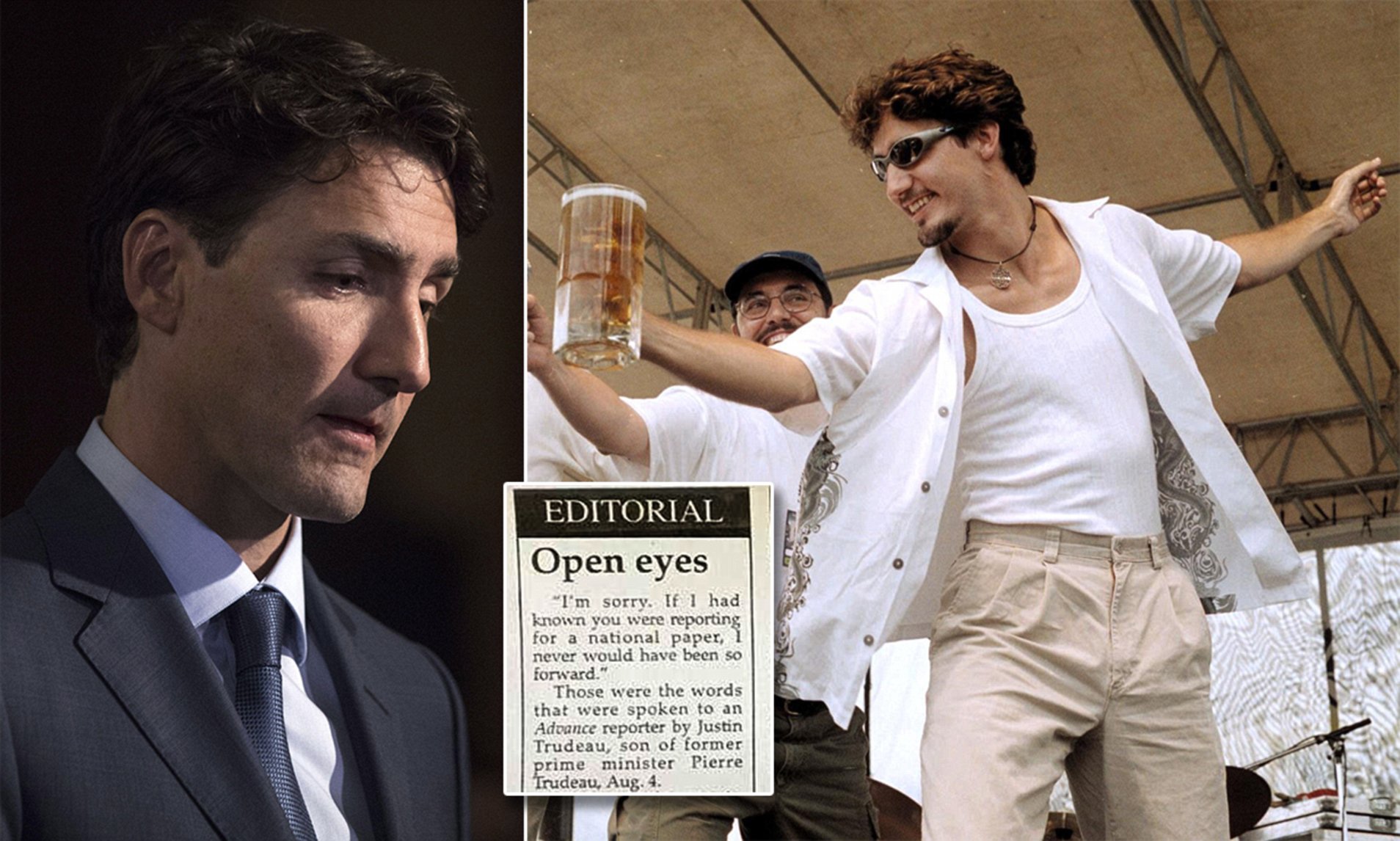 That’s what he said.  Those are the words he used.

Justin Trudeau has said, many times, that he and his party have “zero tolerance” for sexual harassment and sexual misconduct.

As recently as 2018, he gave inspiring interviews to Canadian Press and CBC about the subject.  Here’s what he said.

“We have no tolerance for this — we will not brush things under the rug, but we will take action on it immediately,” he declared to The Canadian Press, describing how his political party and government regard sexual harassment.

He said the same sort of thing to CBC Radio in an interview around the same time.  There, the self-proclaimed Feminist Prime Minister proclaimed: “I’ve been very, very careful all my life to be thoughtful, to be respectful of people’s space and people’s headspace as well.”

He respects your headspace, our Prime Minister does.  So, as if to emphasize the point, he noted he had earlier banished a pair of Liberal MPs for alleged sexual impropriety.

In 2014, he expelled two MPs from the Liberal caucus — Scott Andrews and Massimo Pacetti — before he told them why.  An investigation came later, and it determined that Andrews had indeed engaged in harassing behaviour (groping and grinding), while Pacetti was found to have had having sex with someone (without explicit consent).

So far so good.  We don’t need sexual creeps and crawlies in our lives.  We particularly don’t need them in Canadian public life.  Well done, Trudeau.

And then, two years ago this week, this writer received a message from a female Member of Parliament.  One who really was a feminist, and one who had female friends in all of the political parties in the Hill.

“Have you seen the story about Trudeau groping a reporter in BC?” she said.  “It happened years ago, but still.”

I had not, I told her.  The Liberal Party’s “zero tolerance” policy was a hot topic, that June, because of a controversy swirling around Liberal cabinet member Kent Hehr.  An Alberta woman, Kristin Raworth, had tweeted to me vague allegations of sexual impropriety by Hehr, who was and is a quadriplegic.

Hehr properly removed himself from cabinet while an investigation was underway.  He later lost his Calgary seat in the 2019 election.  (Tellingly, perhaps, Raworth was later obliged to apologize, retract, and pay substantial damages for false allegations – “he hit his wife” – she made against this writer in March.)

But two years ago, the Kent Hehr story had made sexual harassment stories big news.  Me Too, too.

And a Member of Parliament had just told me Justin Trudeau had groped a reporter in BC.  She had the article, she said.  She sent it to me.

It was an editorial, unsigned, from the Creston Valley Advance.  It was easy to determine who the author was, but I would not name her (and have never named her).  I posted a screenshot of the editorial, the reporter’s name on the Advance’s masthead removed.  Apart from asking “what?” in the title of the post, I said nothing else.

The editorial was titled “Open Eyes.”  The author stated that Trudeau had groped her, quote unquote, at a beer festival in 2000.  Trudeau had “inappropriately handled the reporter,” the editorial read, while she was in assignment for the Advance as well as the National Post.

When confronted about his actions – which, in many other cases, would be regarded as a sexual assault – Trudeau offered an explanation, not a real apology.  “I’m sorry,“ he said.  “If I had known you were reporting for a national paper, I would have never been so forward.”

When I posted the screenshot of the editorial, it went viral, as they say.  It became international news.  When Trudeau – now a Prime Minister – finally deigned to respond, he offered up an explanation that has since become an object of ridicule.  There hadn’t been a “negative interaction,” he said, although the editorial certainly suggested that was not the case.

Said Trudeau about his victim: “Who knows where her mind was, and I fully respect her ability to experience something differently.”

Implying the victim had some unnamed mental instability, and declaring that she experienced sexual assault “differently” doesn’t sound terribly feminist, does it?  But Justin Trudeau survived the scandal.  He was re-elected.

Two years later, the issue is back.  This time, a Liberal backbencher is facing assault, break and enter, and criminal harassment charges from 2015.  A woman is among the victims.

And Trudeau knew all about it.  The allegations were substantiated by an internal Liberal Party probe, the CBC revealed this week.

He meant there was literally zero that he wouldn’t tolerate.