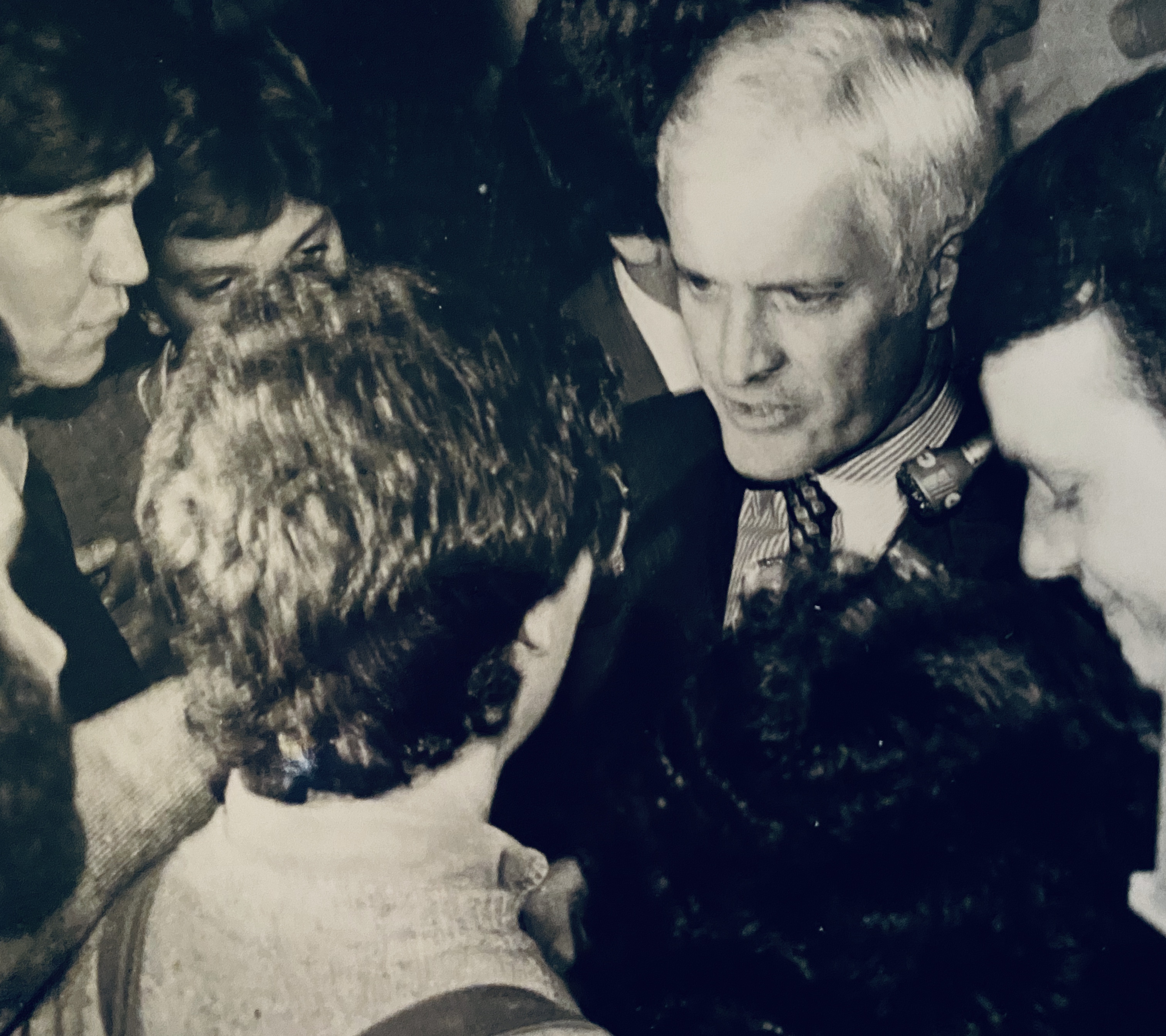 My latest in The Spectator: John Turner, RIP

Back then, I worked for John Turner’s Liberal government and my then-girlfriend worked for Brian Mulroney’s Conservatives.

On the afternoon of Sept. 4, 1984, I was heading home to Calgary and law school. So I went to the Ottawa polling station where she was volunteering.

She was sad to see me go (I guess), but happy about what was happening: her party was winning and mine was losing. We said our goodbyes and I headed to the airport.

Down on Earth, Mulroney was heading toward one of the biggest parliamentary victories in Canadian history. When all the votes were counted, his Progressive Conservatives won 211 of 284 seats in the House of Commons.

The Liberals, formerly a majority government, would go from 135 seats to 40. It was the worst election result for a sitting government in Canadian history to that point.

I’d been supporting Turner for a couple years — he got to me before Jean Chrétien did, basically. He died on Saturday at age 91.

My Dad picked me up at the airport. I was happy to see him and happy to be back in Calgary. But we were quiet as we drove home, listening to the election coverage on the radio.

As we pulled into my parents’ northwest Calgary driveway, Turner came on the radio. He had won his seat in Vancouver Quadra, but his party had been decimated.

This was the moment that comes in every campaign, when all your work, ideas, emotion and hopes and dreams are decided by someone else.

And it was all over, just like that. So I can’t remember everything he said.

But I do remember this. As my Dad and I sat in the driveway, listening to him, Turner said: “The people are always right.”

I cried a bit when I heard him say that.

And that’s what we heard. Turner was a democrat who believed deeply — in his soul — in the judgment and the wisdom of the people. That’s mostly what characterized his time in public life, too: a belief that the people’s will was inviolate.

That was the paradox of John Turner: he believed in that old-fashioned notion that the people knew best. They don’t always, of course: witnessing the foul, fetid Donald Trump era from afar, we know by now that the people aren’t always right. The people are often terribly, terribly wrong.

But Turner forever considered that to be an article of faith, a truth that deserved defending. It reflected the dignity he showed on election night in 1984 and it was seen in all that followed — when his caucus worked to jettison him and he seemed almost perpetually bewildered by their inability to accept a democratic vote.

Was he a man out of time?

Perhaps. That’s why he lost, some say: he clung to a long-ago, long-abandoned Canada, where there were no negative ads, no personal attacks, no Twitter. He left in the 1970s, when politics was about service and solemnity. And he returned in the 1980s, when politics was no longer about either.

Politics had changed. He hadn’t. He didn’t.

The last time I saw him, I introduced him at a 2015 Liberal event in Oshawa where I had asked him to speak. He was in a wheelchair and much older. He was handsome, but no longer as handsome as he had been, and a bit frail.

He listened as I told the story of that night, when he said the people were always right.

Later, after he spoke in support of the Oshawa Liberal candidate, he pulled me closer. “You remember what I said that night, eh?”

I told him I did.

And then he had this faraway look, remembering what could have been — and what was.

[Warren Kinsella is a Canadian journalist, political adviser and commentator.]