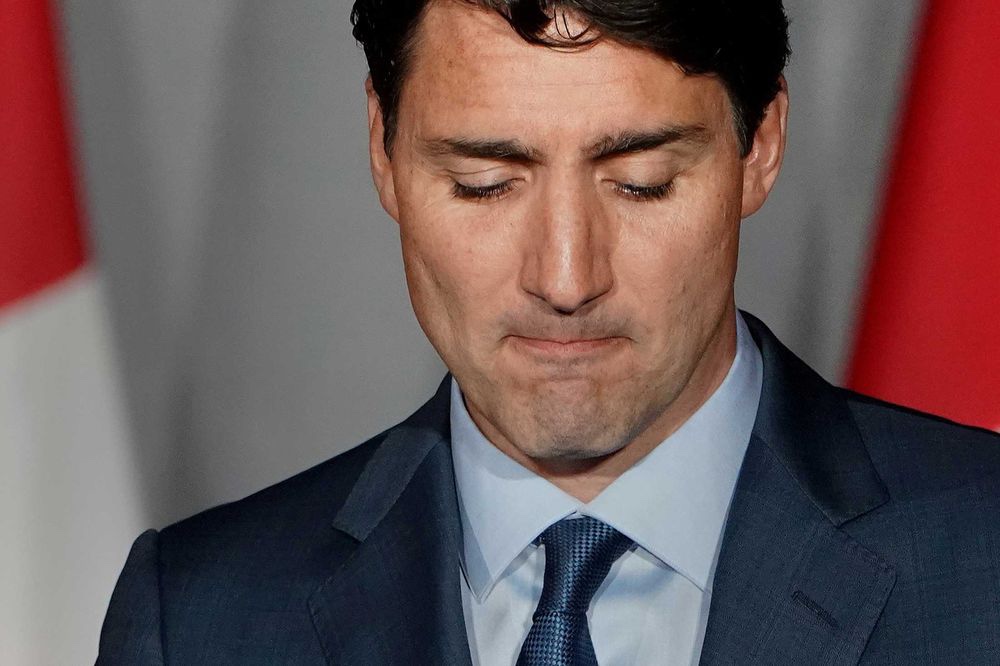 And that’s when the light went on in this writer’s tiny cranium.

It explained everything. Every scandal, every broken promise, every misdeed: to Justin Trudeau, the old pro was implying, the regular rules don’t apply.

Because he’s the leader of “a movement.”

Trudeau and his acolytes have actually been telling anyone who will listen that they’re not the old Liberal Party of Canada anymore. They’re not really a grubby old political party. They’re a shining, shimmering “movement.”

Seriously, that’s what they’ve been saying around Ottawa. And who can blame them?

A political movement, the Webster’s people tell us, is “a group of people working together to achieve a political goal,” which sounds pretty benign.

And which doesn’t even begin to describe Justin Trudeau’s movement.

That’s because it’s not just a movement. It’s more like a cult, as this writer has suggested before.

It certainly has all the characteristics of one.

The Webster’s people have a definition for that, too, naturally.

They say a cult is “a system of intense religious veneration of a particular person.”

Now, the Trudeau movement folks would object to the notion that their fealty to Justin Trudeau is derived from the sacred and the divine.

They don’t like religious people — except at election times, that is, when they haul out the religious elements in the Conservative Party and (successfully) beat them like a rented mule.

But the Trudeau movement sure is decidedly cultish, isn’t it?

Here’s what the deprogramming experts say about cults:

•They are unquestioningly devoted to their leader. The self-professed anti-racists in the Liberal caucus refusing to condemn Trudeau’s racist blackface: check.

•Doubt and dissent and discouraged and even punished. Defaming and exiling Jody Wilson-Raybould and Jane Philpott: check.

•The cult is elitist, and claims an exalted, special status for itself. As everyone knows, the Trudeau Liberals regard themselves as synonymous with Canada, so that opposing them becomes un-Canadian: check.

•The cult believes that the ends always justify the means. Victory at all costs, for which various compliant media folks hail their savvy political acumen: check.

•The cult is preoccupied with making money and recruiting new members. So, Justin Trudeau made memberships in his party free — but he also charged charities hundreds of thousands of dollars in speaking fees — to do what other Canadians do voluntarily. Check.

•The cult’s leader is not accountable to any other authority. And, of course, Justin Trudeau isn’t. Despite being condemned for serial scandals – despite being the only Prime Minister in history to have violated a federal statute while in office – Justin Trudeau remains unaccountable. Check.

And who is to blame for all of that? Is it those who belong to his “movement?” The members of his ersatz cult?

Us. You know, Canadians.

After all of it — the conflicts of interest, the obstructions of justice, the dishonesty, the groping incident and the blackface incidents — after all that, if we keep electing him to the highest office in the land, who is to blame?

The cult leader? Or those who shrug, and pencil an “X” by the Trudeau Liberal cultist candidate?

As he sits in his study in his government-appointed cottage, listening to his senior staff natter on and on about calling an election sooner than later, Justin Trudeau must often smile to himself, with that fake-phony smirk he so often uses for photo-ops and the like.

It’s a movement, all top-down, he must say to himself.

And, until it is down-up again, it won’t really be a democracy, will it?