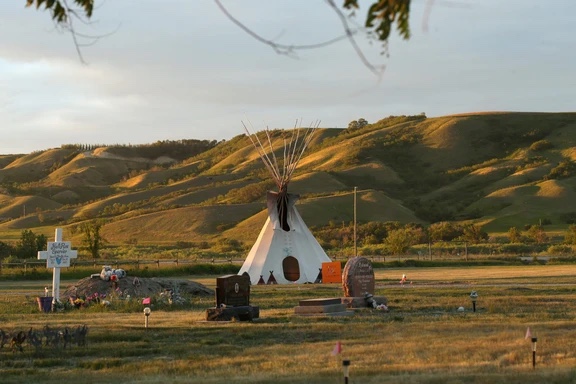 “Jesus wasn’t a Jew,” he said, without blinking.

It’s a sunny, warm spring 1986. I’m a reporter for the Calgary Herald, now a Postmedia newspaper. Along with award-winning Herald photographer Larry MacDougal, I’m in the Caroline, Alberta kitchen of Terry Long, the then-recently-anointed leader of the neo-Nazi group called the Aryan Nations.

Larry and I have spent hours with Long, listening to him describe Jews as “the spawn of Satan,” non-whites as “mud people,” and Adolf Hitler as “Elijah the Prophet.” Seriously. With a straight face.

When the interview was done, and Long’s words were safely preserved in my tape recorder, I decided to challenge him.

“Mr. Long, Jesus was always Jewish and a rabbi,” I said to him, as Larry looked at me, wide-eyed. “And the Holocaust is a notorious historical fact.”

Long didn’t haul out one of his many firearms and shoot us, as Larry later told me he expected. Instead, Long almost seemed bemused by what I was saying.

He went into his family’s cluttered living room and returned with a “bible,” one published by the Aryan Nations. In it, he patiently explained, Jesus Christ was in no way Jewish. And the Holocaust did not happen, in any way, shape or form, he added.

“There’s proof,” he said. In other words, if historical facts don’t conform to your prejudices, then simply conjure up new proofs. Write your own bible, create your own history.

That’s what Terry Long did — and Jim Keegstra, and Ernst Zundel, and every other Holocaust denier and neo-Nazi leader I ever interviewed, too. They denied, dismissed and debated the Holocaust, to whitewash the crimes of Hitler and his regime.

And they created a Jesus Christ who wasn’t ever a Jew. Because the Messiah couldn’t be the “spawn of Satan,” then.

That’s what the experts blandly call historical revisionism. And it is underway in this country, right now. But not about Christ or the Holocaust.

It’s about what really happened inside those so-called residential schools. And what is buried in unmarked graves behind them.

Denying Indigenous children and babies are found in those graves — or, if they are in those graves, that they all died of natural causes. No crimes were committed, in other words.

That’s historical revisionism — in the current context, it’s denial of what is almost certainly cultural or literal genocide. It’s a disturbing trend, and this writer has seen it growing in recent days.

On social media, in comments underneath columns like this one, alongside articles about the increasing number of unmarked graves being discovered: The deniers are out there, patiently denying history. They’re relentless.

Is it to whitewash the sins of Sir John A. Macdonald? To excuse the Liberals, whose party was in power for most of the years in which residential schools operated? To subtly (and not so subtly) express contempt for the pain of the Indigenous community?

The reasons vary. The methodologies, too. But the effect is the same: To deny history. To sanitize the misdeeds and the crimes of the past.

It needs to stop. The residential schools existed. More than 100,000 Indigenous children were forced into them. Thousands died. And some — hundreds? thousands? — did not die of natural causes. (Why bury them in unmarked graves, then, if not to hide wrongdoing?)

Debate is good. Dissent is good. But denying terrible misdeeds — when there is proof of those misdeeds — is a terrible, terrible thing to do.

To both the living and the dead.