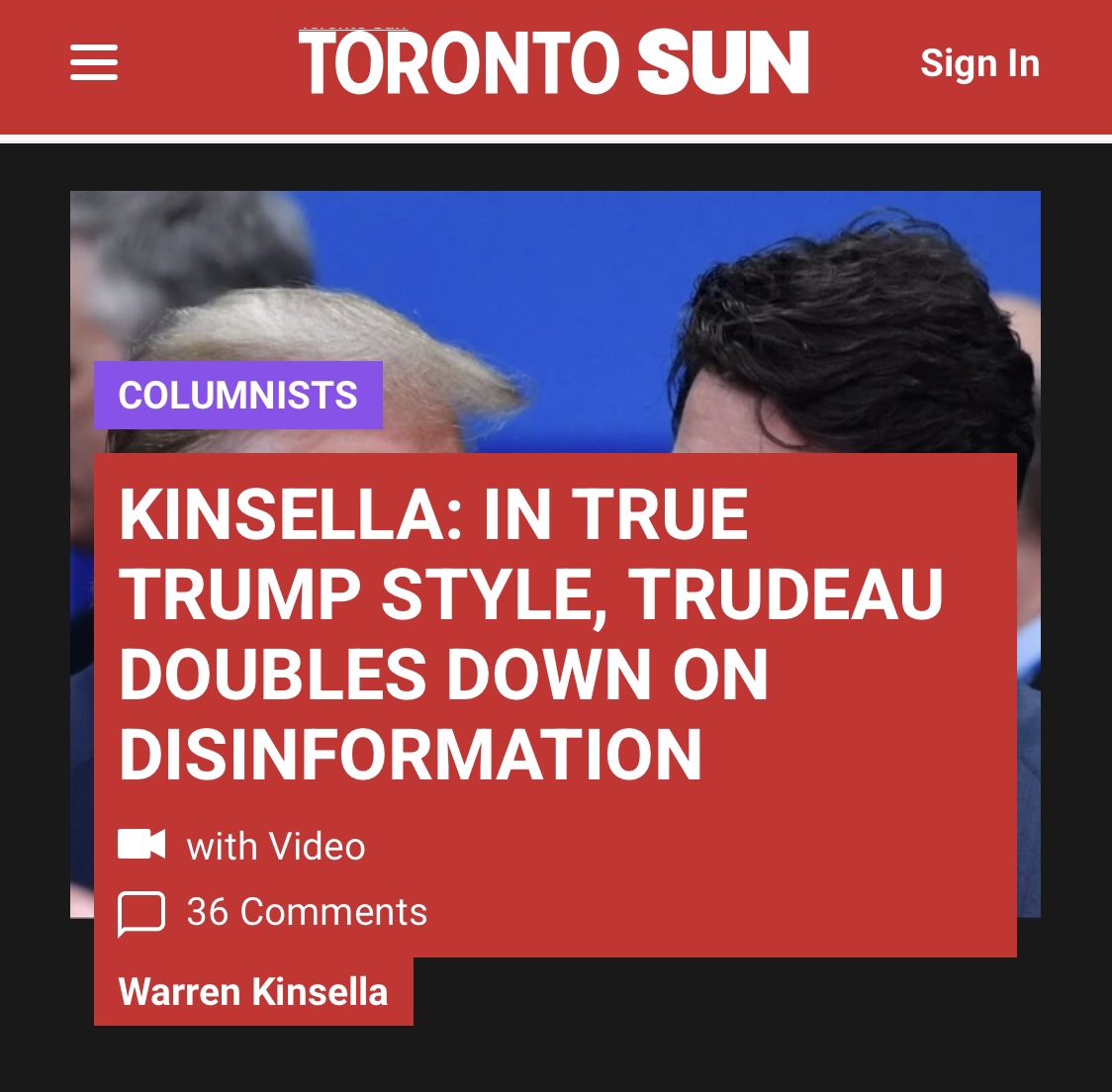 There’d always been the similarities between Justin Trudeau and Donald Trump.

And now Trump and Trudeau share another distinction: They’ve both been caught spreading mistruths and misinformation on social media. And, when caught, they refused to admit it. They refused to apologize.

Asked about postings made by his deputy prime minister — postings which Twitter labelled as “manipulated media” — Trudeau smirked. He defended what is indisputably, inarguably fake media.

And, in so doing, has created a big problem for himself.

Except he didn’t say that.

In fact, the full video is more than two minutes long and in it, O’Toole stressed that universal health care is paramount. In fact, he said the opposite of what Freeland claimed.

The Liberals had surreptitiously edited the video down to make it seem O’Toole had said something he hadn’t.

For the Liberal war room, it was a disaster. Even Liberal-friendly news outlets like the CBC and the Toronto Star ran critical stories about what Freeland had done. Twitter, for its part, has refused to remove the warning — which its rules say is done in cases where information has been “significantly and deceptively altered or manipulated.”

Did Trudeau apologize for his team’s deception? Did he retract?

Not on your life. Trudeau retweeted Freeland’s disinformation — and then doubled down.

As Trump did so many times — about coronavirus, about his critics, about Joe Biden (who this writer worked for, full disclosure) — Trudeau refused to acknowledge that he and his team had propagated fake news online. He refused to take responsibility for spreading falsehoods.

Some will. Some will come away with the same conclusion as Twitter: It’s bald-faced lie.

Why didn’t Trudeau just apologize and move on? Good question.

Twitter didn’t, and doesn’t, care about all that. They ultimately kicked Trump off their platform.

And then, again in June 2020, Team Trump were cited for “manipulated media” — just like Team Trudeau have been. The label was slapped on a fake CNN broadcast about race-baiting. It could have been argued that the Trump tweet was satirical.

But that can’t be done in the case of the fabricated O’Toole tape. In that case, the manipulation was intentional, methodical and in both official languages. It wasn’t a lame attempt at satire. It was deliberate disinformation. It was fake news.

By refusing to apologize, Justin Trudeau has kicked the story into another day, and possible more.

By refusing to come clean, Justin Trudeau has degenerated into something we thought we’d never see: