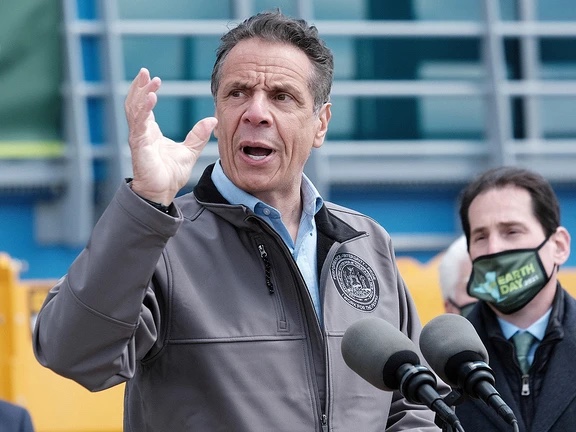 My latest: they will always break your heart

In the bleak, grinding, early days of the pandemic – when it felt like the world might actually sort-of end – I wrote this:

For this writer, few leaders are as inspiring as New York Governor Andrew Cuomo. No adjectives, no spin, no homilies: in that New Yorker’s brusque dialect, Cuomo sits there every day, no notes, and simply offers up the truth.

He emotes honesty. He tells it as is; he does not give false hope.  And he seemingly knows everything.

More than once, I’ve been driving my Jeep – to locate toilet paper, to pick up some canned food my little band of survivors – and I’ve pulled over to the side of the road to listen to Cuomo. In the way that my grandmother told me that she and her seven children would stop everything, and gather around the radio to listen to Winston Churchill during World War Two. Giving hope, giving faith, giving a path forward.”

Was I wrong? Was I ever wrong.

And I quote those words, here, to provide a reminder – to myself, and maybe to you – that we should stop having heroes.

Or, at least, having heroes who are in politics. Because they always seem to end up breaking our hearts, don’t they?

Cuomo’s story is, by now, well known.  He resigned in disgrace this week, chased out of office by dozens of complaints of sexual harassment and inappropriate conduct.

In the end, the Democratic Party establishment – of which he himself was once part – turned its back on him.  So, too, President Joe Biden, who said that Cuomo needed to resign for his appalling behavior.

And appalling it was.  He, a former champion of the #MeToo movement, felled by it.  A likely future presidential candidate, his career now in ruins. And deservedly so.

For me, Cuomo isn’t the only politician who fell from grace.  There was Sir John A. Macdonald, who I learned had called Indigenous people like my daughter “savages” – and who lamented the loss of “Aryan culture” in Canada. And who created residential schools to “kill the Indian in the child.”

There was Bill Clinton, who I once respected so much – so much so that a photograph of Clinton and I adorns the cover of my book The War Room. And who, I learned, destroyed the life and reputation of Monica Lewinsky, simply because he was a man and powerful, and she was neither.

And now Cuomo. Who I actually wrote “emotes honesty” – when all he emotes, now, is sleaze.

Who I said “gave hope, gave faith.”When all that he gives us, now, is an important reminder: to stop having political heroes.

Stop putting their names on the sides of schools.  Stop naming roadways and schools after them.  Stop regarding them as some superior order of human.

They’re not. They’re just mortals – and, sometimes, deeply flawed and dishonest ones.