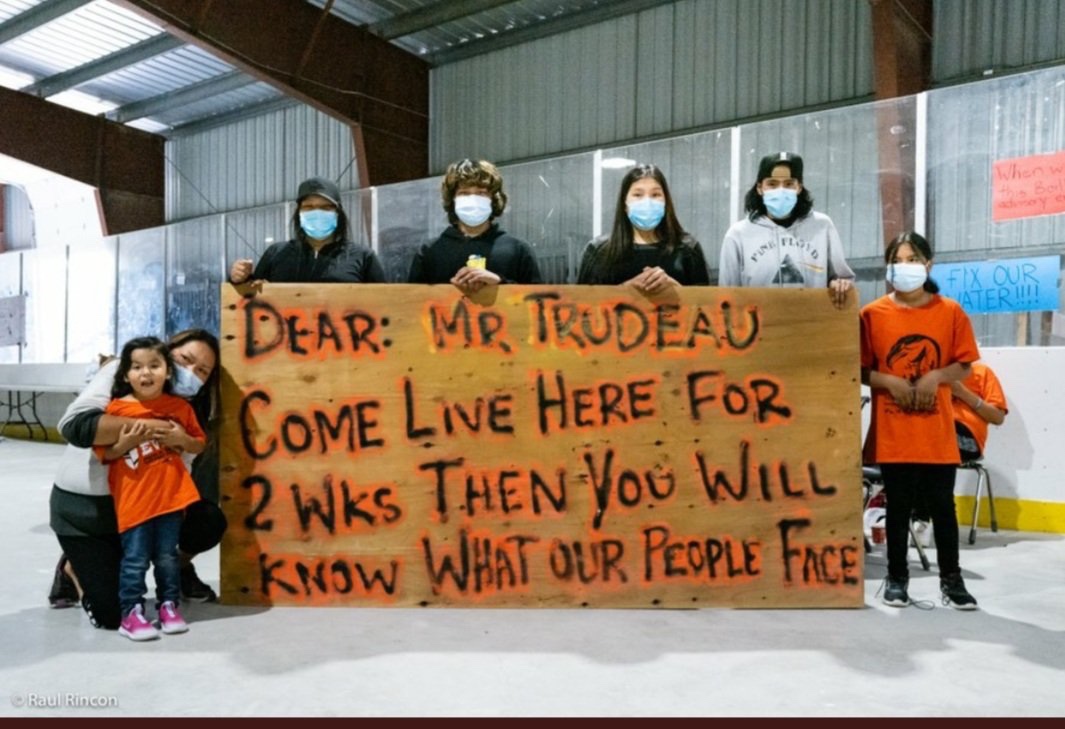 My latest: no truth. No reconciliation.

Neither truthful nor reconciling.

Justin Trudeau, that is.  With Canada’s Indigenous peoples, he promised to be both.  He hasn’t been either.

Tomorrow, on one day of all days, the day the Trudeau government itself designated as the “National Day for Truth and Reconciliation,” it’s important. But not for the reasons Trudeau typically likes to cite.

Because that day is emblematic of his failure to address the priorities of Indigenous people. Politically, socially, legally.

Politically?  Well, as this writer has noted in these pages in the past, the Indigenous vote is significant.  In tight electoral contests – like the one we just had – Indigenous voters can make the difference.

Fully 5% of Canada’s population identify as Indigenous — which is close to two million people. First Nation, Inuit and Metis voters, age 18 and up, can number as many as a million voters.

But as no less than Elections Canada has acknowledged: “A significant number of Aboriginal [sic] people, as individuals and communities, still regard participation in non-Aboriginal elections or plebiscites as a threat to their unique rights, their autonomy and their goals of self-governance. Such persons hold a philosophical belief about the legitimacy of Aboriginal self-governance that differs fundamentally from that of the Canadian government.”

It’s not just a “philosophical belief,” either. Indigenous systems of government existed for centuries before white Europeans got here.  When those colonialists arrived, they started to impose European-style government on Indigenous communities, by force.

In the intervening Centuries, not much has changed, either.  Trudeau’s minister in charge of Crown-Indigenous Relations has repeatedly refused to meet with Chiefs and clan mothers who don’t accept colonialist rules about elections and representation.

Not very reconciling, is it?

Socially, too, Justin Trudeau’s actions have not matched his soaring rhetoric. He promised, repeatedly, to better the lives of Indigenous people. His 2015 election platform, for instance, solemnly promised to provide clean water to Indigenous communities – thereby ending the so-called boil water advisories. But Trudeau’s government hasn’t done that.

As Indigenous activist Jonny Bowhunter has noted on Twitter, there are 45 long-term and 35 short-term boil water advisories in place in Canada right now, today.  As Bowhunter puts it: “The Trudeau government talks of reconciliation, but breaks every promise they made on the ongoing [Indigenous] water and housing crisis.”

His failure doesn’t include just water and housing, either.  Trudeau and his ministers pledged to make Indigenous lives safer and better.  But, at places like Grassy Narrows, mercury still poisons the environment and the people who live there.

And, when a single female protestor tried to draw attention to that fact at an exclusive Liberal Party fundraiser in 2019, Trudeau had her ejected, sneering: “Thanks for your donation.”

Legally, too, there has been little truth, and no reconciliation at all.  On Wednesday, the Federal Court threw out Trudeau’s attempt to deny or delay a landmark human rights tribunal compensation order for First Nations children.  That means the federal government may need to pay out billions in compensation for their failures to help poverty-stricken Indigenous children.

But Wednesday’s ruling didn’t stop Trudeau from spending astonishing $100 million on legal fees, fighting that human rights decision for half a decade.  One hundred million dollars: think how reconciliation could have been advanced with that much money.

But Indigenous truth and reconciliation – even on this, the day dedicated to both – has never really been Justin Trudeau’s priority.  Yeah, sure: up above our heads, he flies the flag at half-mast to remember thousands of Indigenous children killed at residential schools.

But down here on the ground, where it matters, he spends millions on lawyers to fight them in court.

Kinsella was a federal ministerial special representative to Indigenous communities from 2003 to 2015. His Daisy Group represents First Nations from B.C. to Ontario.