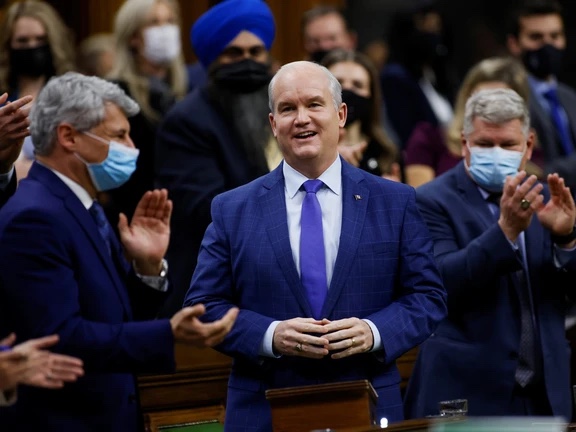 My latest: pick a lane, Tories

The conservative conference delegate stood to ask a question.

“Warren,” she said, clutching the microphone one of the conference organizers had passed to her, “do you think we as conservatives should spend more time defining who we are?”

Before providing my answer, let me set the scene. I was at a weekend gathering of the Conservative Leadership Foundation, ably led by my friend John Mykytyshyn. On the noontime panel, held in a stately boardroom in Toronto’s Royal Canadian Military Institute, were two people who were way smarter and way better-looking than me: TVO legend Steve Paikin and Conservative strategist (and fellow Postmedia columnist) Tasha Kheiriddin.

But the question had been addressed to me. So I answered it.

“You conservatives spend way too much time agonizing over who you are,” I said to the assembled delegates, many of whom were masked, and all of whom had been verified as fully vaccinated. “I know who you are. You favour smaller government, less taxes, and law and order. You favour individual liberty. That’s it. That’s who you are.”

I paused. “Liberals, and I’ve been one, don’t worry about who we are. We don’t get into big philosophical debates while standing in front of a mirror. We know what we are, above all else: Winning. We win.”

And Canadian conservatives, mostly, don’t. Why? Well, take a gander at what is going on in Ottawa this week.

The vaccination vacillation of Erin O’Toole continued, virtually overshadowing the return of Parliament. One Conservative MP was revealed to have COVID, and any number of others had therefore been possibly exposed at last week’s caucus meeting.

Meanwhile, a number of others were mysteriously absent from the reopening of a Parliament they’d previously insisted needed to reopen. Oh, and a statistically impossible number had “medical exemptions” from vaccination.

So, a question: Do ‘Error O’Terrible’ and his cast of fools think we are dummies? Do they think we’ve not noticed that they’ve equivocated, and obfuscated — and plain old skated — on every reasonable vaccine question directed their way?

Chief of which was, and remains: Are you all vaccinated?

As I told the assembled conservative attendees at the aforementioned conference: The COVID-19 pandemic is existential. As in, it directly relates to the existence of human beings. After five million of us have been killed off by this cruel, relentless virus, you’d think O’Toole’s cabal would get this. But they don’t.

That’s the case, I told them, even when the most plain-spoken option is awful. Donald Trump, for example. He was awful. But he spoke in simple, declarative sentences and you knew where he stood.

But with Hillary Clinton — who I proudly worked for, full disclosure, in two states and at her Brooklyn headquarters — you didn’t know where she stood. She was a superior human being to Trump, in every way, and every sane person knew it. But she equivocated. She vacillated. She bobbed and weaved.

Like Erin O’Toole and his team do, on one of the most critical public policy issues of our lifetimes. And he thinks we haven’t noticed.

“We’ve noticed,” I told the conservative conference folks, many of whom were nodding their heads.

“And we’re not impressed.”