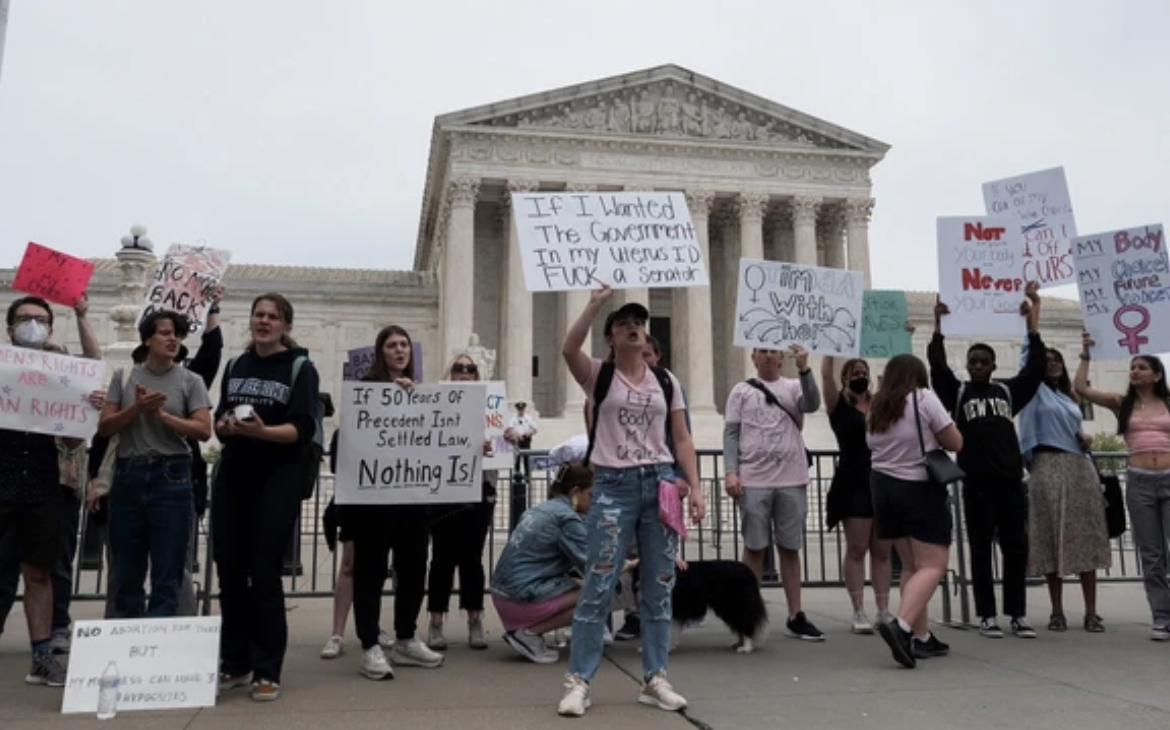 What happens when the dog catches the car?

You know what we mean: dogs sometimes chase after passing cars, but they never really catch them. The cars are faster than the dogs.

But what does the dog do when it actually catches the car?

In this little analogy, the dogs are conservatives — Republicans down South, social conservatives up here — and the car is abortion. And, this week, the dog finally caught up to the car.

Interestingly, the conservatives, like the dogs, aren’t sure what to do next. They, and we, weren’t expecting this. Arf.

The conservative majority on the Supreme Court of the United States of America slammed on the brakes, to extend the metaphor. They authored an opinion that was leaked, and the opinion wants to make abortion illegal again.

And now the conservative canines — the ones who have been barking about abortion since Roe v. Wade was handed down, a half-Century ago — don’t know what to do with themselves. It’s a problem.

That’s because legalized abortion has been a prodigious source of fundraising, recruitment and propagandizing for American conservatives for decades. It has fattened the coffers and the membership rolls of conservative think tanks, candidates and political parties. It has been manna from heaven, you might say.

The leaked Supreme Court decision has flipped the table. What was once a cherished asset on the Right has become an unexpected asset on the Left. And conservatives are now left wondering about that old saying about politics.

You know: be careful what you wish for — because you just might get it.

For progressives in the United States — mostly card-carrying Democrats — the Supreme Court’s leaked decision to take away the constitutional right of women to control their own bodies has energized them like no other issue could. Instantly, too.

Within minutes of the bombshell report landing on the nation’s computer screens, protests were seen on the steps at the Supreme Court, and my inbox was filled with abortion-related emails from the Democratic Party, busily fundraising and organizing for November’s midterms. They’ve spoken about little else since the leak.

Oh, and by the by: for anyone hoping to suggest Politico broke the story to covertly help out the Democrats, let me remind you that Politico’s last three big controversies were: (i) offering pro-Trump branded content, (ii) publishing attacks on Bernie Sanders that smacked of anti-Semitism, and (iii) cheerfully providing a platform for pro-Republican pamphleteer Ben Shapiro.

My view is that a conservative judge or clerk leaked the ruling to precondition Americans for the final one. But they — like all judges everywhere, who don’t know jack about politics — didn’t anticipate the backlash, which has been historically huge. And negative.

For American women, the Supreme Court’s decision to expropriate their reproductive systems is an unmitigated disaster. It is terrible.

But for Democrats, it is a game-changer. Already, it has energized their troops and their candidates. And it has given President Joe Biden a crusade to lead into the midterms and beyond.

And not just down South.

Canada, the last time we checked, is not an American state. But Canadian progressives — Liberals and New Democrats alike — have seized on the Roe v. Wade draft decision as if it had been rendered by our own high court. They’ve been tweeting and commenting on it 24/7, too.

There’s a reason for that, as this space noted the night the Politico story broke: pro-choice sentiment crosses partisan lines. Conservative women are mostly pro-choice, too. And they will vote against their own party if they sense Pierre Poilievre or Leslyn Lewis — both of whom have been, or are, longtime anti-choice advocates — want to recriminalize abortion.

In the war rooms I have run over the years, I sometimes remind my youthful charges that getting no answer is sometimes better than getting one. Leaving an issue unresolved is often better than wrapping it up.

Abortion was like that. Conservatives have lost the one social issue that has benefitted them the most, for decades. And now progressives own it.

The dog, you might say, has caught the car.

And now the dog is going to get run over by it.