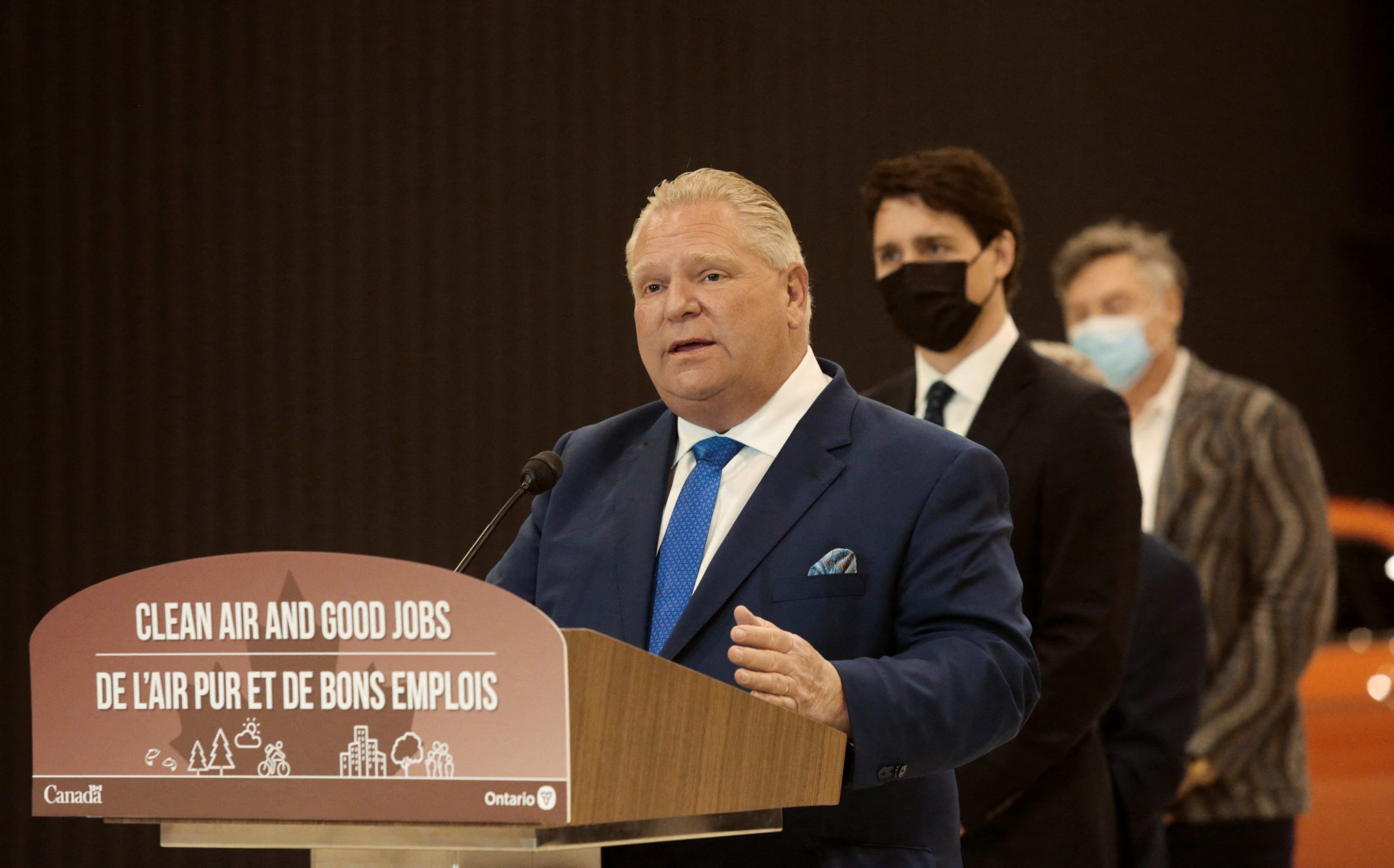 My latest: the Doug and Justin bromance

Well, not quite, but pretty close. Just this week — just one (1) day before the formal launch of the 2022 Ontario election campaign! — there were Messrs. Trudeau and Ford. At a campaign-style event, announcing a huge auto sector investment.

OK, OK, I’m having a bit of insider-politico fun, there. Remember the 2006 federal election campaign?

Paul Martin’s resident campaign wizards came up with that ad about soldiers in Canadian cities with guns. The ad was intensely idiotic, and it was mocked widely. Martin was later obliged to pull it.

So: members of the oxymoronic Paul Martin brain trust were on Twitter this week, following the big Trudeau/Ford auto sector announcement. They were unhappy.

“What is Trudeau doing?” one Martinite fumed, adding that Ontario Liberal Leader Steven Del Duca “should try to get Trudeau defined as a third party to at least limit his spending.”

Now, it is somewhat understandable why the Martin folks were upset. (I guess.) After the aforementioned 2006 federal election debacle, in which they wrecked the Liberal Party of Canada for a decade, the Martinettes headed down Hwy. 401 to Toronto. Whereupon they proceeded to wreck the Ontario Liberal Party for a decade, reducing it from a majority government to a political rump with seven (7) seats.

And here they were, back like a stain on the carpet. Angry that Justin Trudeau was doing an announcement with Doug Ford.

Except, um, this: Justin Trudeau is Prime Minister of Canada. Doug Ford is the Premier of Ontario. Partisan differences notwithstanding, it’s their job to occasionally work cooperatively to help create, you know, jobs.

Do they vacation together? Not as far as we are aware. Do they have sleep-overs, and read comic books with flashlights in their sleeping bags? Unlikely. Is there a bromance brewing?

Well, not necessarily. But a Justin-Doug bromance isn’t outside the realm of possibility, either. Let us explain.

As this space has observed previously, Ontario voters are pretty smart. They’re not like my home province of Alberta, where voters elect conservatives at every level of government, and then are shocked and hurt when conservatives start taking them for granted.

No, Ontario voters favour “alternation” — that is, they put Liberal Justin Trudeau in power in Ottawa. And then they put Conservative Doug Ford in power at Queen’s Park.

And that’s how it has always been, really.

For nearly six decades, one party winning at both levels has happened only once. That was in 2003, when Dalton McGuinty’s Ontario Liberals won big — and after Jean Chretien’s federal Liberals won big in 2000. (Key factor in each: some Warren Kinsella fellow ran the war rooms for both leaders. Here’s my business card, etc.)

So, in fairness to Justin Trudeau and Doug Ford: the two leaders may not love each other, but they definitely need each other. Victory by one practically guarantees victory by the other. So get ready for more of this:

(Because it makes sense.)