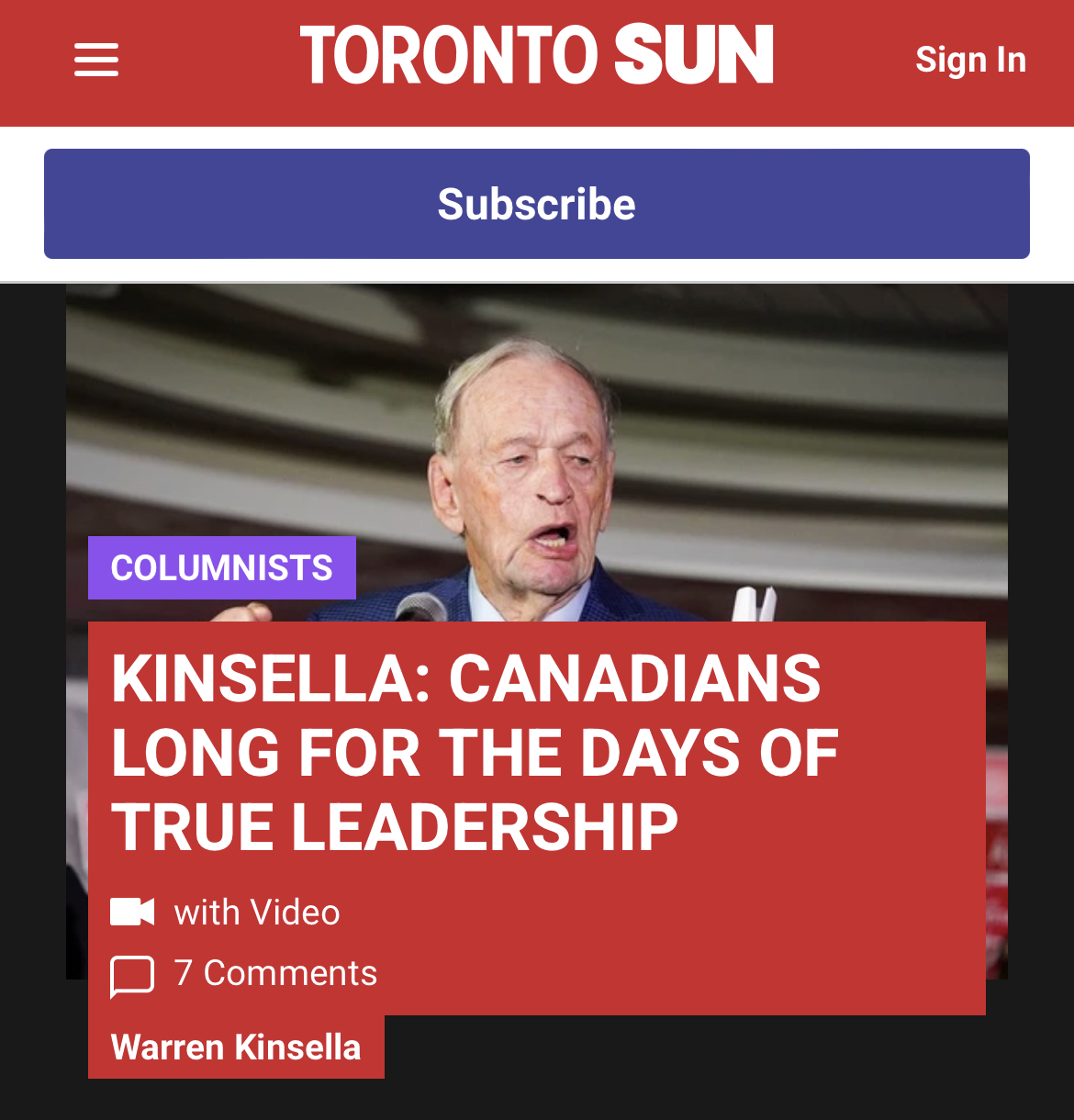 My latest: JC, come back

Where have the political leaders gone?

The federal ones, that is. The national ones. The ones who are supposed to be leading this country, and other countries.

National leadership — in Canada, in the United States, in Europe and in myriad democracies around the world — seems to have disappeared. With the exception of the extraordinary Volodymyr Zelenskyy in Ukraine, it feels like Western nations are adrift, rudderless and leaderless.

If you don’t believe it, try a test this writer popped on various political and journalistic friends over Colonnade pizza in Ottawa last night: Name one national leader, apart from the aforementioned Zelenskyy, who has not appeared diminished in recent months and years.

There isn’t one. Consider the evidence.

Joe Biden facing open calls for his removal as the Democratic Party’s standard-bearer, alongside carping about his age and mental acuity, all made on the record in the Democratic house organ, the New York Times.

Boris Johnson, forced out of power in Britain by hubris and serial scandal. France’s Emmanuel Macron, barely surviving an electoral challenge by the fascist right — and then losing control legislatively.

And here in Canada, of course, Justin Trudeau’s government is unable to provide even the most basic of services — functioning airports, timely passports, and a coherent fiscal policy. His main opposition, meanwhile, has slid into the maw of internecine warfare, alt-right lunacy, and conspiracy theories.

What makes all of this a bit shocking — and places it in stark contrast — is how state and provincial leaders are faring. Here in Canada, our premiers are meeting in British Columbia and acting as a united non-partisan group on health care — led by impressive premiers like Francois Legault, Doug Ford and John Horgan.

In the United States, it is much the same. The stronger leadership is increasingly seen at the state level — most notably California’s Gavin Newsom now actively challenging Florida’s Ron DeSantis with attack ads, thereby foretelling a possible future presidential contest.

So, in Canada, an unhappy nation turns its eyes towards Ottawa, and wonders if we will ever again have a strong national leadership. Because, at one time, we did.

A poll recently conducted by Leger for the Association for Canadian Studies suggests that things were once better than they are now. The Leger survey, published by Postmedia, found that 41% of Canadians had a positive view of my former boss Jean Chretien, who was our prime minister from 1993 to 2003.

It has been almost three decades since Chretien was in power. But he still remains by far our most respected prime minister — most popular in Ontario, at 45%, but also favoured 42% in Manitoba, Saskatchewan and Atlantic Canada, and around 40% in Quebec and Alberta.

Wrote the National Post: “(Chretien) is a more popular — and far less polarizing — figure than other prime ministers of the last few decades, including (Stephen) Harper.”

“While Harper, who governed for roughly a decade between 2006 and 2015, is popular in Alberta, with 51% having a favourable view, his popularity collapses elsewhere … All told, just 35% of Canadians have a positive view of Harper, while 45% have a negative view.”

What distinguishes Jean Chretien from other prime ministers, perhaps, are the two things that seem to be most lacking at the national level nowadays.

One, voters do not feel like they are in control of their own lives anymore. Buffeted by war, pandemics, inflation and a looming recession, they feel that countries have become unmoored from stability and predictability. So they want national leaders who know how to lead — and are in control.

Two, voters have a reasonable expectation that they will get the services their tax dollars pay for. Here in Canada, the near-total collapse of basic federal services has enraged Canadians from coast to coast. And the Trudeau government seems completely incapable of doing the one job they were hired to do.

Leaders who lead, service providers who provide service: Voters do not ask for much. But they want that much.

Will we ever see again the likes of Chretien or Harper? It seems unlikely.

National leadership is a calling.

But it is no longer calling the best and the brightest.