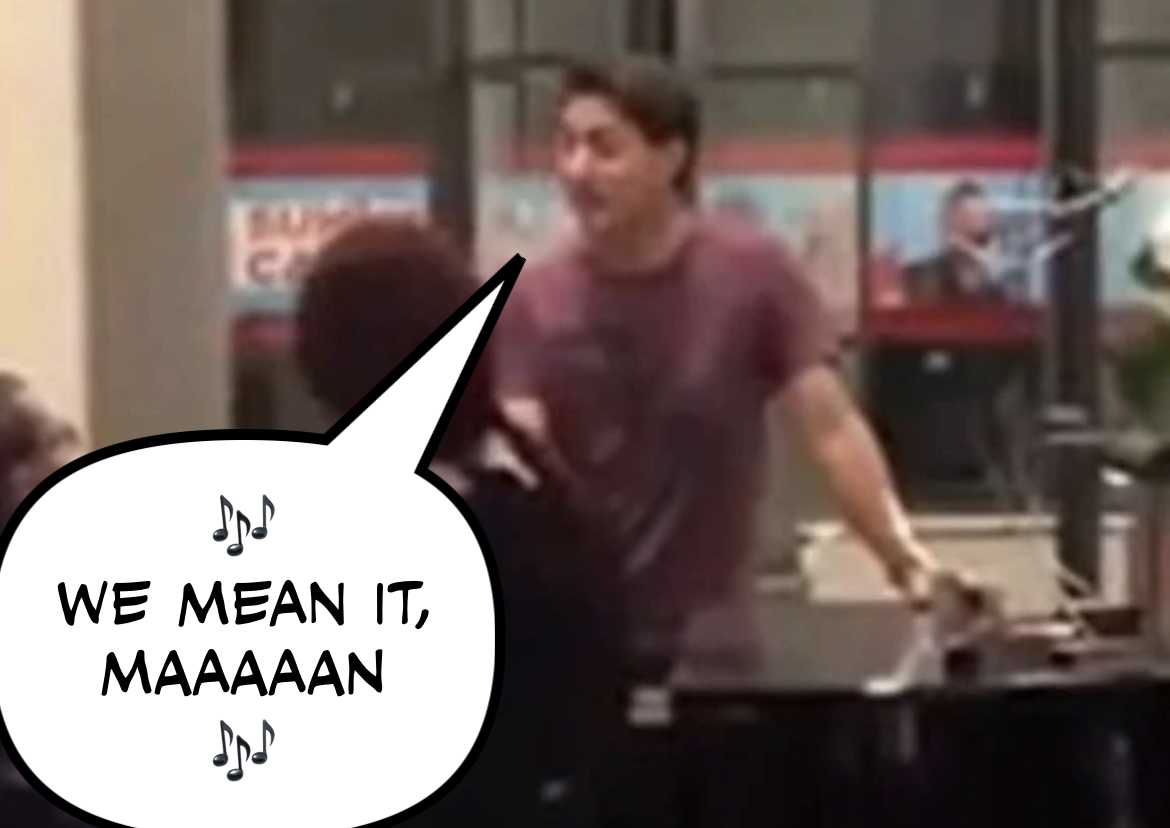 The biggest televised event in human history, it is suggested, was Monday’s funeral of Queen Elizabeth II.

The biggest social media event in the past week, it is speculated, was Justin Trudeau’s rendering of ‘Bohemian Rhapsody.’

Anyway. Queen – who I once saw at Calgary’s Jubilee Auditorium, front row centre, with Bonnie McRae, who thereafter ditched me because I didn’t have a car to drive her home – thought ‘Bohemian Rhapsody’ was a ridiculous song, and they were right, even though it would go on to sell a kajillion copies.

The fabled producer Roy Thomas Baker produced the tune, and he has called it “totally insane,” “complete madness,” and “basically a joke.” Which it is, and which it was.

But not to assembled conservatives around the planet, however. Conservatives were super angry about Trudeau’s trilling. They went all, um, thunderbolts and lightning, very very frightening, etc. They didn’t think it was magnifico, at all. The headline on the staid BBC web site: “Justin Trudeau’s team defends singing ‘Bohemian Rhapsody’ before Queen’s funeral.”

The Daily Hive: “Trudeau sings ‘Bohemian Rhapsody,’ gets called bastard while in London for royal funeral.” The Daily Mail, meanwhile, was most outraged about the outrageousness of the outrage: “’Drunk’ Canadian PM Trudeau is slammed as a ‘tone deaf embarrassment’ for singing Queen’s ‘Bohemian Rhapsody’ at London hotel before Elizabeth II’s state funeral.”

Personally, I didn’t think it was tone deaf, or a big deal. I mean, the sing-along didn’t happen at the actual funeral, did it? It happened a few days before, and it was clearly a case of someone surreptitiously filming some Canadians who weren’t aware they were being filmed. (Like a Canuck Candid Camera, but not nearly as funny.)

And it could’ve been way worse, you know: they could’ve been singing something from the Rush or Tragically Hip oeuvre. That would’ve been horrible, meriting a war crimes trial at the Hague.

Besides: every politician thinks they can sing and dance, figuratively and literally. Any one of the following scenarios – some the creation of helpful Sun readers – are plausible. Consider:

• Pierre Poilievre: playing air guitar to anything by Ted Nugent or Kid Rock, before returning to the physics lab with the other guys, where they will continue complaining about always being ignored by girls. Also, possibly, Iggy Pop’s ‘Your Pretty Face Is Going To Hell,’ about Justin.

• Stephen Harper: crooning a karaoke version of ‘Sympathy for the Devil,’ to be followed by ‘Send In The Clowns,’ a tribute to post-Harper Conservative leaders.

• Elizabeth May: a duet with Kermit the frog, singing ‘It’s Not Easy Being Green.’ Also, as an autobiographical encore: Patsy Cline’s ‘Crazy.’

• Jagmeet Singh: ‘You’ve Got A Friend,’ naturally, while eyeballing a Trudeau campaign poster. Also, at the same performance, ‘I Will Always Love you,’ if Dolly Parton agrees to it. Which she hopefully won’t.

• Brian Mulroney: ‘Gimme The Loot,’ by the Notorious BIG, plus a stirring rendition of ‘Bank Robber’ by the Clash. In the lobby at the Pierre Hotel.

• Jean Chretien: What would my former boss sing? Well, he reads my column, so I need to be pretty darn careful, here. I’d probably recommend Shania Twain’s ‘That Don’t Impress Me Much,’ which he can dedicate to every one of his successors.

Nah. Besides, my editor says she’s had quite enough of this ‘Bohemian Rhapsody’ nonsense. So: too late, my time has come. It sends shivers down my spine, and my body’s aching all the time.

So, goodbye, everybody, I’ve got to go. Gotta leave you all behind.

(Until the next column, that is.)

[Kinsella has asked that Bonnie McRae consider repaying him for the cost of that ticket to see Queen.]