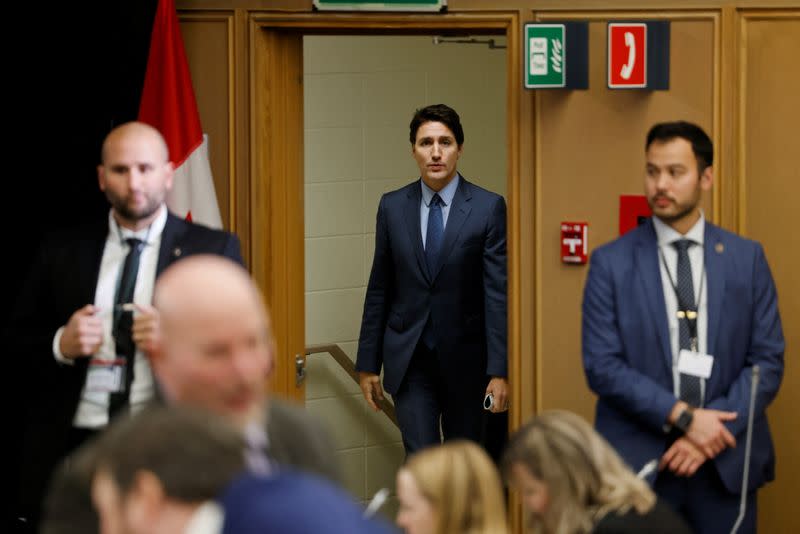 My latest: be smaller, win bigger

If you believe that big political graves are dug with tiny shovels – and you should, because they are – then you should also believe the reverse is true.

That is, big political successes are usually constructed with the little things.  Not grand, sweeping gestures: voters have become justifiably suspicious of over-the-top political rhetoric.  They like it when leaders underpromise, and overdeliver.

Which explains quite a bit of Justin Trudeau’s political problems, circa 2022.  He overpromised and underdelivered, a lot.  The political landscape is littered with the corpses of his unfulfilled promises: electoral reform, balanced budgets, ethical government, clean water on reserves, better relations with the provinces.  Sunny ways.  Remember that stuff?  Not so sunny, after 2015.

The Liberal leader made things appreciably worse for himself – and was thereby reduced to serial minority governments – with his soaring rhetoric.  Like Brian Mulroney, with whom he was closer than with any previous Liberal Prime Minister, Trudeau always preferred grandiloquence and hyperbole – more sizzle than steak.

It got him into lots of trouble.  And, as is always the case in politics, it was no single thing that dragged down his reputation.  It was a bunch of things.

A lot of folks were surprised late last week, therefore, when Justin Trudeau grabbed a tiny shovel and started digging himself out. Because he looked, and sounded, more Prime Ministerial than he had in a long time – perhaps ever.

Appearing as the last witness at the inquiry into the use of the Emergencies Act during the Ottawa occupation, Trudeau was calm, clear and coherent.  There was none of the oratorical overkill of the past.  In hours of questioning by a battery of lawyers, Trudeau did not once lose his cool.

If you have ever been subjected to hours of cross-examination in court – I have, and I do not recommend it – Trudeau’s achievement was all the more extraordinary.  As an experienced litigator reminded me this week: “No witness ever wins in cross.  The best you can hope for is a draw.”

But Trudeau won with his appearance at the inquiry.  And, more than any of his ministers, he laid out a compelling and convincing argument for how he acted during the occupation, and why.

His appearance wasn’t without missteps, of course.  This writer originally supported the freezing of some bank accounts, but does no longer – because it was an extraordinary step that the evidence, now all in, simply does not support.  It was unjustified.  And Trudeau did, in fact, called occupiers names.  Even though he said he didn’t.

But, otherwise, it was a big win for him – because he said less, not more.

But Trudeau was not the only political winner, in recent days. He is not the only leader who won big by doing little.  Because Pierre Poilievre won, too.

The job of the Official Opposition is to oppose, not propose.  As an Opposition leader, you get up in the morning, dress, have breakfast, and then spend the rest of the day calling the Prime Minister names and demanding judicial inquiries.  Lots of sound and fury, directed entirely at then governing party. It’s a simple formula.

But last week, Poilievre didn’t do that.  You can be forgiven, too, for not noticing that, on the day Justin Trudeau was giving his evidence and thereafter, Pierre Poilievre was very, very quiet.  Quiet as a church-mouse.

Did he know that Trudeau was going to do well? Unlikely.  None of us did.  More likely is this: Poilievre used the occupiers to win the Conservative Party leadership.  But – because he is not stupid – he is now starting to quietly brush them off his sleeves, like so much Ottawa snow.  Poilievre knows they are uncontrollable, and ultimately more trouble than they’re worth.

So, Pierre Poilievre was silent, and won.  And Justin Trudeau said less, and won.

It’s an interesting little case study, one that Messrs. Trudeau and Poilievre should ponder: it’s the little things that’ll kill you, yes.

But it’s the little things that help you win, too.