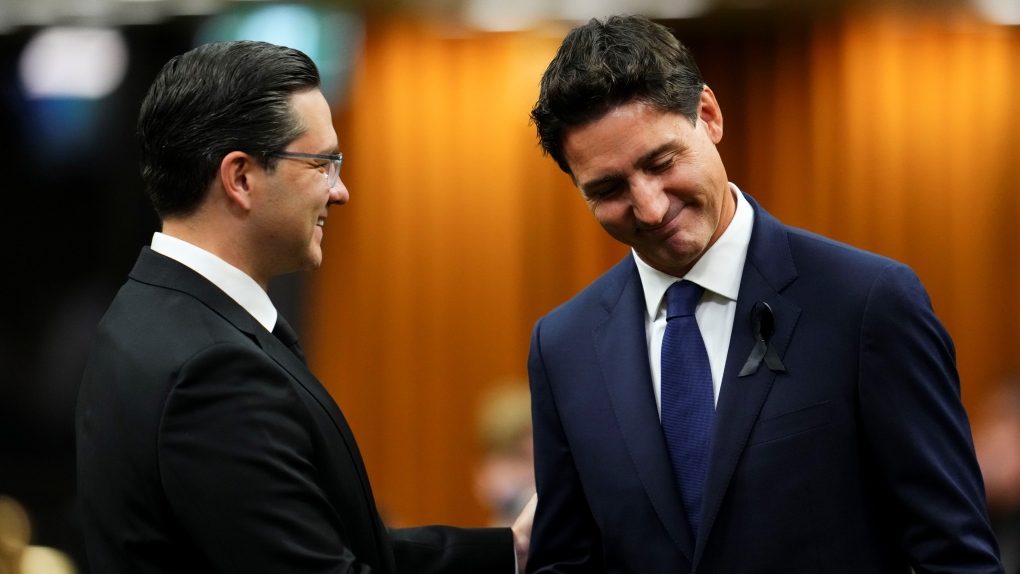 Like I’ve said for months: Anyone who is (a) sane (b) of voting age (c) in Canada doesn’t like either Trudeau or Poilievre.  The federal choices suck.  Worst ever.

“More than half of Canadians think the Liberals should ditch Justin Trudeau as leader before the next federal election, while 45 per cent think the Conservatives should find an alternative to their new leader, Pierre Poilievre, a Nanos poll for The Globe and Mail shows.

The Canada-wide survey of 1,021 people found that 51 per cent of people want the federal Liberals to replace Mr. Trudeau, while a quarter want him to stay on…

Only 22 per cent of women think Mr. Poilievre, who became party leader in September, should be the face of the Conservatives in the next election, compared with 39 per cent of men.

The poll, which has a margin of error of 3.1 per cent, 19 times out of 20, found that Mr. Poilievre has far more support in Saskatchewan and Manitoba than in the more populous provinces of Ontario and Quebec.

Forty-seven per cent of respondents in the Prairies think the Conservatives should keep Mr. Poilievre at the helm until an election. But in Ontario, where he is an MP, the proportion who want him to stay drops to 29 per cent. And in Quebec, it’s just 17 per cent.”