The oil lobbyists are stupid. Every time they go after Neil Young, they draw attention to what Neil Young is saying.

In any PR campaign where you are dealing with declining interest, your best move is bringing in a celebrity. You’re not doing that to have a debate. You’re doing that to DRAW ATTENTION TO YOUR CAUSE. You win when your enemy takes the bait, and starts focussing on the celebrity.

These oil sands lobbyists, despite their millions, are frigging idiots. 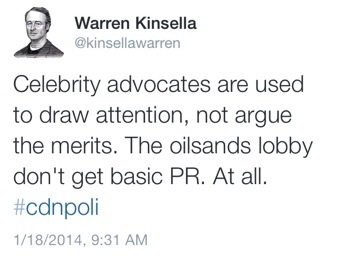 Looks like a cord of logs, don’t it? Ha! It’s a zombie-proofed cabin! Click here to see more.

Problem with this one: when a horde of the undead comes after you, you shut the windows, sure.  But what happens when your supply of Ichiban Ramen runs out? Then you’re pooched. 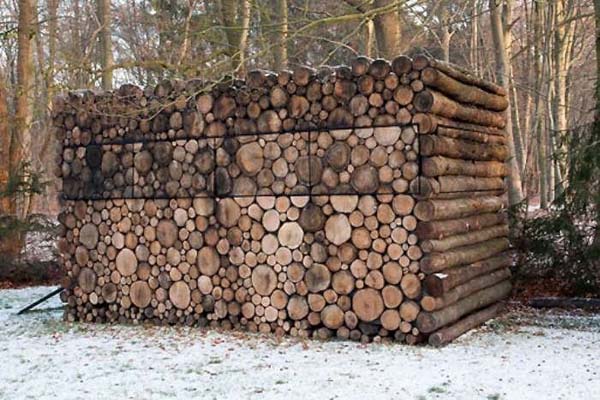 And, yes, if you must know: I think about zombie-proofing all the time. Everyone should.

PMO had better get a lawyer

Their talking points on this organization – which I know well, and which I know to be both moderate and law-abiding – are way, way, way over-the-top.

Jason is going to get himself, and possibly his boss, sued.  Time to retract and apologize, fellas.

Raptors come out for Olivia Chow for mayor!

Well, not really.  And she’s not a candidate, as far as I am aware, so I guess that should be kept in mind, too.

Anyway, I’m a Raptors fan, and a Chow fan, as well – so forgive my enthusiasm. So, too, is former Raps boss Peddie.  Full column here:

Looking around Toronto today, where is the leader who will champion our city? I asked this before, in a speech weeks before the last municipal election. I lamented then that we lacked candidates with leadership skills like personal values, big ideas and the edge to make the right decisions well.

I lament now that we ended up with Rob Ford and think four years is enough. Because I realized that adding bricks doesn’t only apply to companies. It applies to people, too. And we deserve better than a mayor who measures success by what he opposes and who he attacks.

In my book, I also wrote that I wanted to get involved in the 2014 election. Not as a candidate but as a citizen. So I started to ask people I respect about who they respect, and unexpectedly, kept returning to one candidate.

I had met Olivia Chow here and there over the years. She isn’t much of a sports fan and I wasn’t at NDP meetings. But over tea one afternoon, we had an engaging discussion about Toronto’s future. I came away somewhat impressed and more than a little surprised.

Impressed because of all levels of government, municipal needs to understand bricks best. Not just the bricks of infrastructure that keeps us stuck in long commutes away from family, or businesses unable to create jobs. But also the bricks of neighbourhoods and how services, parks and libraries – you know, gravy – do what MLSE’s courts and rinks do: strategically invest in long-term help for people.

Surprised because she challenged my perceptions about who she was. A product of an immigrant family that supported itself through working in a hotel laundry. And despite the partisan news coverage from Ottawa, someone who will find common values and help us build something better together.

The mark of a good mayor isn’t calling himself the best mayor ever. Instead, it’s having the experience to know that liveable neighbourhoods and prosperity flow from strategically investing. Not throwing money at tactical things, but making that money really work.

Whether she will run for mayor I don’t know. Obviously she is considering it. I certainly encouraged her to and happily offered my support. Because I am convinced that on the big picture, she gets where Toronto needs to go.

SFH: I Am A Confused Teenager

I post this not because (a) it is a Hot Nasties tune, made famous by the Palma Violets (b) or because the Hot Nasties are reuniting in Calgary this year (c) or because I am in love with my Fender Bullet bass, even though I am (d) or because I think it’s vital that you know what we were doing last night. No, I post it because (a) Davey Snot has moved from skins to strings and (b) Bjorn von Flapjack III is back keeping beat.  And neither of them were as horrifically, stupendously awful as I’d expected them to be, this being the first time either had ever played ‘I Am A Confused Teenager.’ Not bad for a couple of total degenerates.

We went to that cramped, drafty old barn Massey Hall last night.  We were mainly there for Fidlar, but also to see if the Pixies had decided to have a pulse again.

Verdict? Fidlar blew them offstage. The Pixies sucked.  And Fidlar played this, my favourite song of 2013, which kind of summarized the whole vibe at that Boring Old Fart Palace.  Die, Pixies, die.

I’ve posted about my future zombie-era digs previously, but I did not have as many pictures to show you about how truly zombie-proof it is.  Here you go.

There is, however, one big problem with this particular design.  Can anyone guess what that is?

(No snarky remarks will be tolerated, please note.  If you make fun of my zombie fixation, Son Three and I will not save your sorry ass in the inevitable collapse of society.) 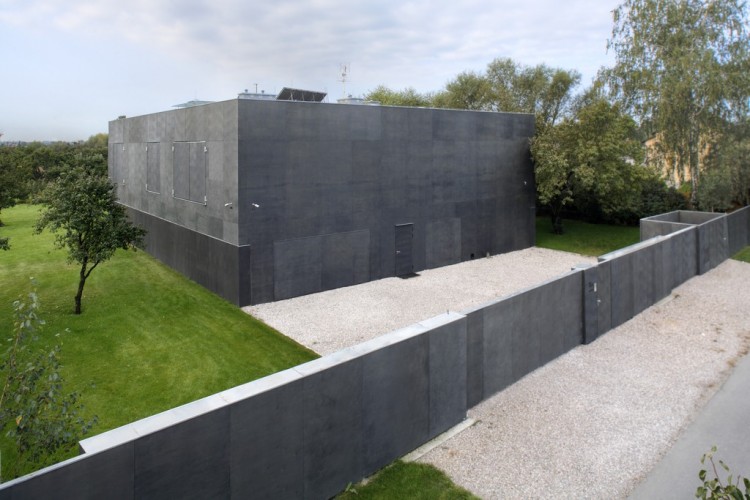 Guess who said these things about the Olympics?

In researching my Sunday Sun column, I came across the above stirring affirmations of Olympic unity, understanding, respect and tolerance. Do you know who said them?

I could say that we never learn, at this point, but we both know it’s literally a waste of time.