“The manner in which my January 14, 2006 blog entry was worded made it seem that Mr. Kinsella had been a party to illegal conduct when this was clearly not the case. I apology without reservation to Mr. Kinsella for that error on my part.” – Mark Bourrie

Knowing this is coming, what do you do?

You do cheap publicity stunts, in a transparent bid to look somehow relevant, that’s what.

“Dozens of electoral district associations affiliated with the People’s Party of Canada have been deregistered by Elections Canada for failing to meet their reporting requirements, just months after the party contested its first general election.

The PPC captured just 1.6 per cent of the overall vote in the October election and elected not a single candidate — not even party leader Maxime Bernier, who quit the Conservative Party in 2018 to form his own political vehicle.

Thirty-eight PPC electoral district associations (EDAs) were deregistered: 15 in Quebec, 10 in Ontario, 10 in Atlantic Canada and one each in Alberta, Manitoba and British Columbia.

…The PPC did not nominate a candidate in 10 of those ridings. In the remaining 28 ridings where the PPC did have a name on the ballot, the party averaged 1.4 per cent of the vote.

Elections Canada deregistered these EDAs for failing to submit a statement of assets and liabilities within six months of their registration, something that’s required of new EDAs. Elections Canada notifies both EDAs and the party when they fail to meet these requirements, giving them 30 days to file or “satisfy Elections Canada that the omission was not the result of negligence or a lack of good faith.”

Once an EDA is deregistered, it can no longer accept contributions or issue tax receipts.”

This poor guy is the process server who was tasked with delivering ⁦@MaximeBernier⁩’s lawsuit against me for suggesting he promotes racism. I insisted we take a picture together in the ⁦@DaisyGrp⁩ lobby. Anyone interested in contributing research, DM me! #cdnpoli pic.twitter.com/ruqtxPbcNq 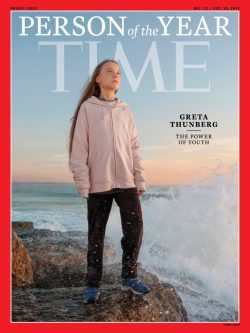 KINSELLACAST 88: A bomb threat from a PPC fan, an embattled Tory leader, and more Age of Unreason

On his Kinsellacast podcast, an unapologetic Kinsella said the campaign to spotlight racists who attached themselves to the fledgling party was not supposed to extend into the period covered by election spending rules.

“Our efforts would strictly adhere to Canadian election law and cease all operations on June 29,” he said.

He also said Daisy Group’s work was “subject to full public disclosure. It would all be disclosed.”

Nor would the client be exempt from criticism, Kinsella said.

“We would reserve the right to vigorously criticize the client itself, publicly and in the media, if the client’s own members were found to be espousing racism,” he said, adding that there were times when he criticized the client in the media…

In his podcast, Kinsella defended Daisy Group’s work to undermine Bernier’s party, saying its work over the years to fight racism and white supremacy has set it aside from other companies that do similar communications and opposition research work.

“Daisy Group staff have worked for, or with, every single mainstream political party or their candidates to research, expose and oppose racist elements. Those have included the Liberal Party, the Conservative Party, the New Democratic Party, the Green Party and the now-defunct Progressive Conservative and Reform parties,” he said.

Kinsella said years ago he helped Stephen Harper, prior to his time with the Conservatives, root out and expel Heritage Front members from the Reform Party.

Kinsella said he has not worked with Bernier’s party because of some of the people it has attracted.

“He has attracted the support and involvement of myriad racists, anti-Semites and bigots,” said Kinsella.

Among those who signed registration papers for the People’s Party were members of the Soldiers of Odin and other white supremacist, anti-immigration groups, Kinsella said.

Kinsella said Daisy was approached because of its reputation. “Daisy fights racism and hate. That’s what we do. That’s why we were approached to assist in exposing and opposing racist elements within the ranks of the People’s Party.”

Kinsella said Daisy Group felt it was important for Canadians to know more about the People’s Party and who it was attracting.

“We had been going after racists in other parties too, but Bernier had more than all the others put together.”

Kinsella said he has no regrets about waging the campaign against Bernier’s party.

My latest: debate? What debate?

You won’t be watching it.

But most everyone else? They won’t be.

Increasingly, voters simply don’t watch leader’s debates in Canada. For example, Maclean’s magazine put together a debate in 2015, but it had fewer than 40% of the viewers who took in the 2011 English-language debate. And Maclean’s actually counted people who only watched part of that debate, not all of it.

Last time around, there was a Globe and Mail debate, too, and it was absolutely awful to watch. YouTube later found only about 400,000 Canadians did so. That’s in a country, in 2015, with 36 million people in it. Ipsos later did a poll and found only about 20% of Canadians watched the first couple debates in 2015.

There’s been one debate in 2019 that Justin Trudeau has deigned to attend. It was entirely in French.

Around 1.2 million Quebecers allegedly took in the TVA leader’s debate, in which Andrew Scheer, Jagmeet Singh and the separatist leader, Yves-Francois Blanchet, also participated. In a province with more than six million eligible voters, 1.2 million viewers isn’t anything to brag about, although TVA did.

Oh, and in English Canada — in English — nobody got to watch the French debate when it was happening. Because it was entirely in French. To get a sense of what happened, the vast majority of Canadians needed to check out the media after the fact (Widely-held consensus: the separatist guy won, hands down).

As someone who owns a public opinion firm — Daisy Data, at your service! — I can relate one empirical statistical fact: a dwindling number of voters watch debates from gavel to gavel. They may in take part of a debate, sure. But not all of it.

What voters do, instead, is watch the news media’s coverage of a debate. They’ll see a clip of a fiery exchange on TV, or they’ll hear a so-called defining moment on the radio heading into work, or they’ll read expert commentary in the pages of the Sun and hopefully nowhere else.

But they don’t watch all of the debate.

I’ve prepared prime ministers and premiers for debates, and I now know I did it all wrong. I assumed, as did my debate-prep colleagues, that everyone else watched the debates as closely as we did. That was a flawed assumption.

It also explains how Justin Trudeau was seen as a winner in the 2015 debates, even against two superior debaters — Stephen Harper and Thomas Mulcair. Trudeau’s strategy in 2015 was a lot like what he did in his celebrated boxing match with Patrick Brazeau: he waited in his corner for an opening, then he’d go in with a flurry of punches.

He didn’t try to dominate all of the matches — he just did what he needed to do to get clipped on TV, then he’d sprinkle the results all over social media.

It worked, because he knew that Canadians were more likely to see clips of a debate than all of a debate.

That’s what he’s going to do on Monday night, too. In an era of shrinking debate audiences, it works. Will the other leaders let him get away with it in 2019 like they did in 2015? Tune in and see.

Or, join everyone else, and go watch Shark Tank.