KINSELLACAST 63: Norman scandal, choice, and get your laws off her body!

KINSELLACAST 7: WYLIE-GATE, WARREN HATE TWEETS, AND THE SPIN TWINS ON THE BUDGET!

What to do when a hatemonger says he supports you

You reject his support. And then you denounce him the clearest terms.

To put a fine point on it: Kevin J. Johnston is a notorious Muslim-hating bigot who has been charged with hate crimes. Doug Ford must denounce him and reject his support – now.

Doug Ford needs to address this right now. It is the kind of thing that will sink his campaign. And deservedly so. 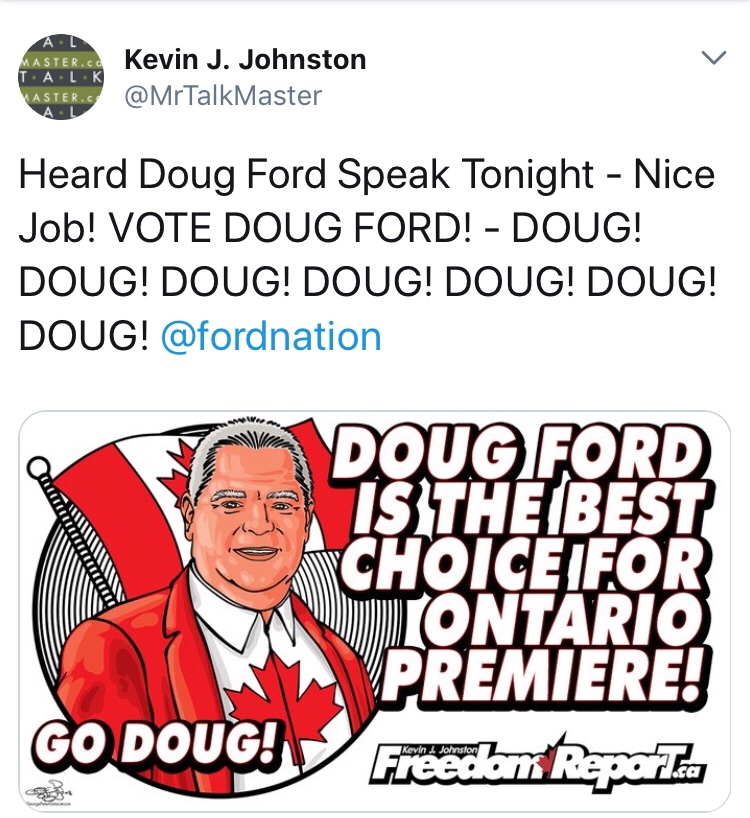 It’s all over before it’s started (updated) 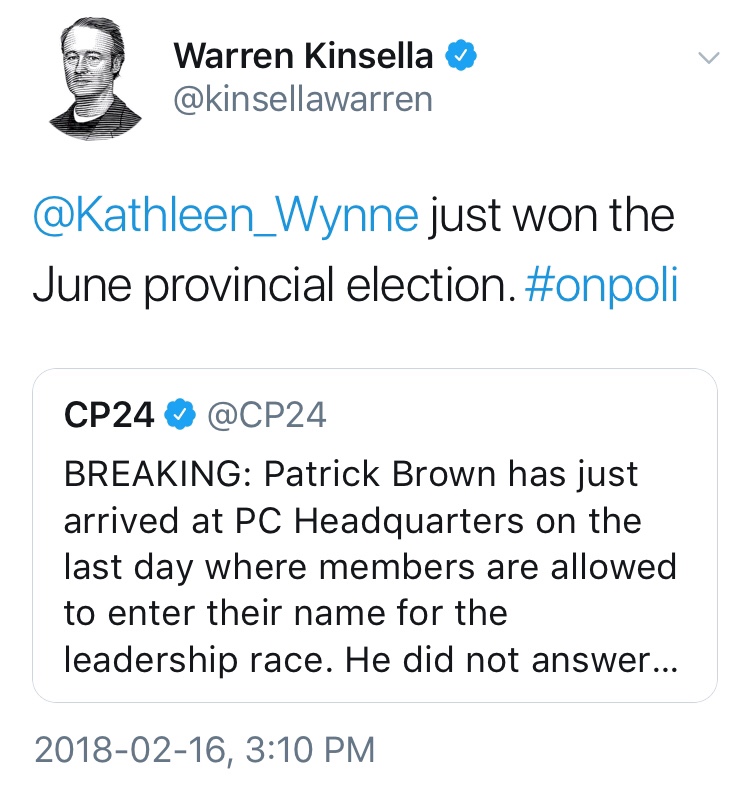 As predicted: his strategy is to destroy his former political home.

This turns the PC Party of Ontario into a running joke. Their leadership race becomes a farce.

All that can save them now is another young woman coming forward to tell her story.

Is Ms. Mulroney a lawyer? (With shocking update! And important question!)

She has said in multiple interviews that she is.

Fine.  But then there’s this:

She practiced 13 months, apparently, then stopped.

I know that if you don’t pay your fees in Ontario, where I am called, you can get suspended.  Other provinces are mostly the same.

But can you still call yourself a “lawyer” if you aren’t paying the relevant regulatory body the fees when every other lawyer does?

P.S. “Lawyer” or no, being called to the New York State bar is really, really hard, by the by.

SHOCKER UPDATE: She’s been re-instated! Her people saw it coming!  New spin:  SHE’S BEEN SECRETLY RUNNING FOR THE LEADERSHIP FOR TWO YEARS!

OH AND THIS QUERY: Why would she quietly re-instate as a New York State lawyer in THE SAME WEEK she became the PC candidate in Ontario?