Yaffe on Nicholls on Ignatieff 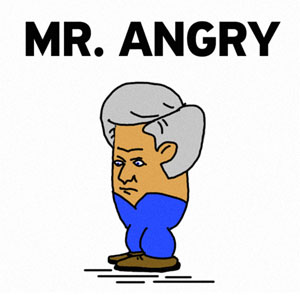 That said, Conservatives hold so many more seats than Liberals, they’d have to lose an awful lot to be defeated. Not likely, given they’re polling ahead of Liberals in seat-rich Ontario — by nine percentage points.

Conservatives, of course, start out with a robust seat advantage in Western Canada, though in B.C. they’re trailing New Democrats, possibly because of the harmonized sales tax.

And so, concludes Nicholls, Liberals “simply don’t have a theory on how they can win an election.”

With the greatest of respect, I think that Barbara, Gerry and many others have misread the tea leaves, as it were, in campaigns here and South of the border.  Anger, as I’ve said a few times before, is a political commodity that’s been around since Jesus was a little feller.  Voter anger lurks behind every second door in every riding in every single campaign.  It gets a lot more ink during bad economic times, to be sure, but it ain’t anything new. In and of itself, anger isn’t what wins you a race, either.

No, what “wins” – in the Calgary and Toronto mayoralty races most particularly – is the best-run campaign.  Organization , discipline, message.

The Liberals, methinks, are underestimated on the campaign front.  Chretien was, too, as I recall, in 1993.  And we ended up doing not badly, I think.

In the campaign, everything gets equalized – most notably, the amount you have to spend and the share of media coverage you get.  With parity, Ignatieff will do a lot better than the chattering classes expect.

What do you think, folks?