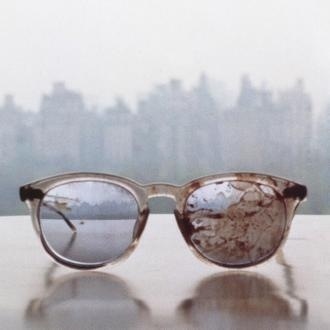 Thirty-three years ago tonight, I was a student at Carleton, and Lee G. Hill and I were sharing a room at Russell House in the university’s residence complex. The phone rang. It was my girlfriend, Paula.

“Turn on the radio,” she said, breathless. ”I think someone has shot John Lennon.”

I don’t remember much else, to tell you the truth, but I recall getting calls from friends and family back home, long into that awful night. I was a punk, but – like many punks – I admired John Lennon. He believed music could be a force for political change, like we did; he was unafraid to challenge the establishment (however much he was part of it), like we wanted to; he wrote about reality, and he was fiercely honest. That was pretty punk, too.

In my circle, it was known that I was the guy with the biggest Lennon fixation: I not only had all of his albums, I had all of Yoko’s albums, too. In the Nasties, I convinced the rest of the guys to play Gimme Some Truth – but I didn’t have to try hard. I had his books, I collected clippings about him. I knew a lot about him. As I got deeper into the punk scene, I listened to his records less, but I never let go of him.

He’d be more than seventy years old, now, but I still listen to his Plastic Ono Band, which is one of the two greatest rock’n’roll albums ever committed to vinyl. (Ramones by the Ramones is the other.)

His assassination, on December 8, 1980, was a terrible tragedy – and so, in a small way, was the fact that his last album (before the inevitable avalanche of ham-fisted compilations and retrospectives) was a piece of unremarkable, glossy pop like Double Fantasy. Generally, he always needed Paul as an editor, and vice-versa. But Plastic Ono Band was the exception: it was stark, and raw, and different, and deeply, deeply personal. Some say the LP was the product of John’s dalliance with Dr. Arthur Janov’s primal scream therapy, or his response to the (necessary, and overdue) collapse of the Beatles. To me, it was instead an actual piece of art and great rock’n’roll, improbably found under the same piece of shrink wrap. It was like listening to someone’s soul, without having received an invite to do so.

Thirty years later, I still listen to that record, and most of his other records, too. The rest of us have grown older, but John Lennon remains forever frozen in time, hovering over that final autograph.