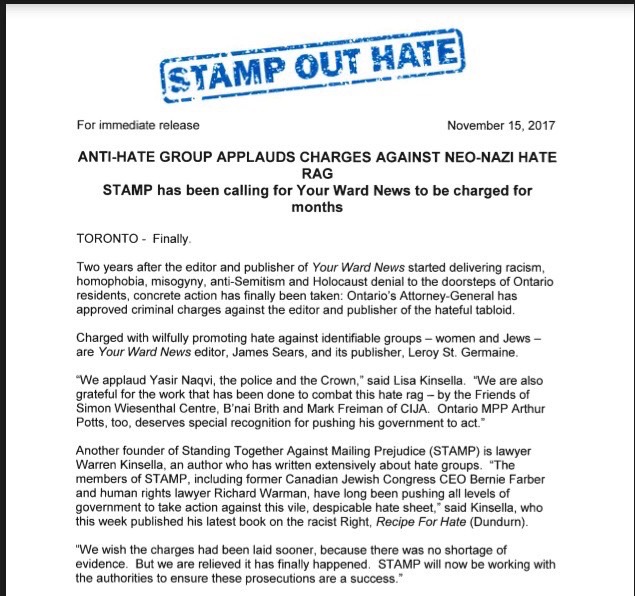 BREAKING: James Sears and Leroy St. Germaine, the editor and publisher of the racist, homophobic, misogynistic, anti-Semitic rag Your Ward News, have been criminally charged – finally – for promoting hatred against women and Jews.  They were charged just a few minutes ago at 55 Division in our Beach neighbourhood.

Below you will find the press release our group of citizens have issued.  It’s taken a long time – too long – but we are relieved that this day has finally come.

Stay tuned for more details – and thanks to all who have offered their support.

The police just sent me this:

Between March 2015 and June 27, 2017, the Toronto Police Service and other GTA police services received numerous complaints regarding the content and distribution of a publication entitled “Your Ward News.”

These complaints were investigated by the TPS Intelligence Services Hate Crime Unit and the police services of the respective jurisdictions.

It is alleged that:

They were each charged with:

Toronto Police Service Corporate Communications will be publishing a News Release in relation to the arrests (http://www.torontopolice.on.ca/newsreleases/)

Thank you for your patience. 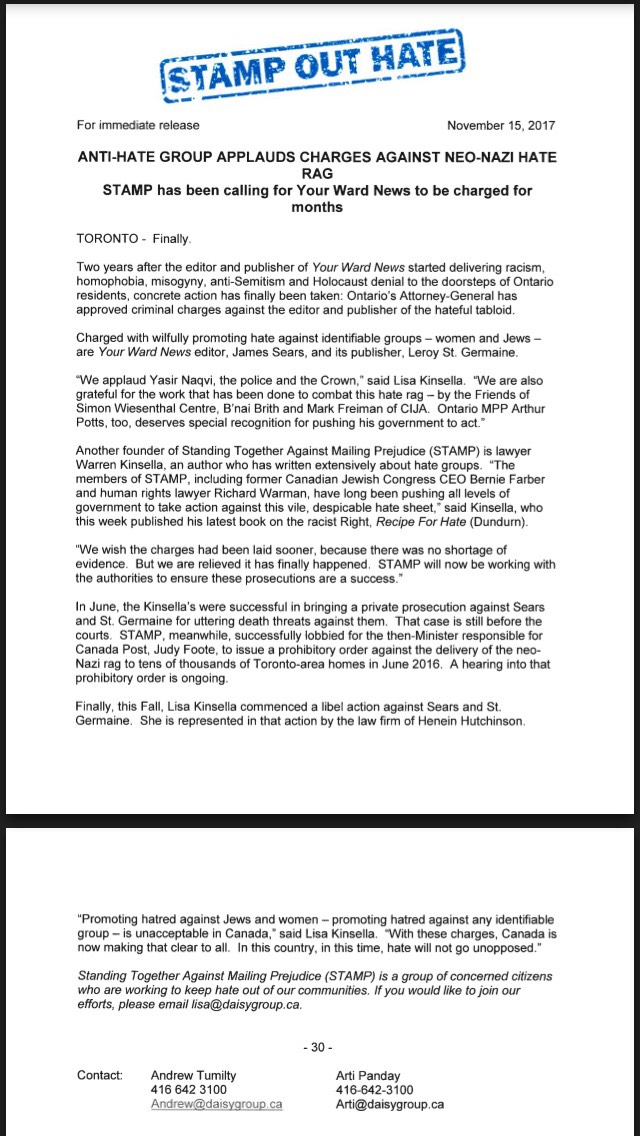