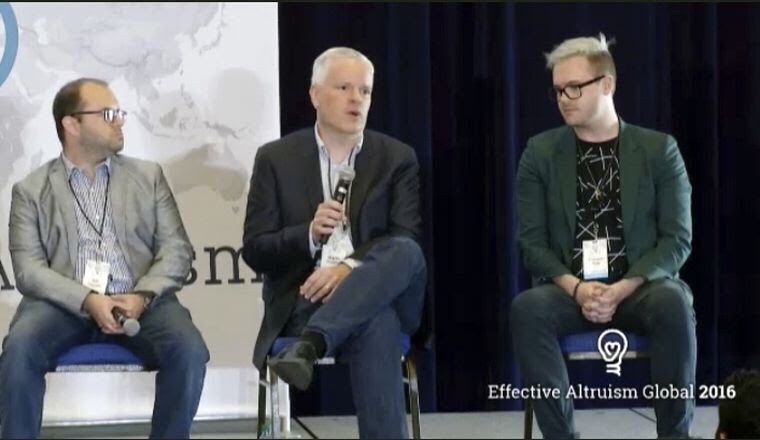 It’s the biggest political scandal in the world.

And it involves a bunch of Canadians.

For quite some time now, it’s been known that Vladimir Putin’s Russia – and assorted other outlaw states, like North Korea – have been engaged in acts of cyber-war against democracies around the globe.  Long before Special Counsel Robert Mueller was hired to probe Russian interference in the 2016 presidential election, in fact, it was widely accepted that hackers had targeted Western democracy.

In one extraordinary July 2016 press conference at one of his South Florida resorts, Republican presidential candidate Donald Trump even said the following: “Russia, if you’re listening, I hope you’re able to find the 30,000 emails that are missing…They probably have them. I’d like to have them released.”

Trump had invited a hostile foreign power to hack into the computers of private U.S. citizens.  After his request to his pal Vlad, it should have surprised no one that Russia did precisely that.  They hacked democracy. Trump would go on to “win” the Electoral College with three million fewer votes than his opponent.  Interesting, that.

In the ensuing months, that is what has constituted the broad outlines of this story.  One, the bad guys were Russians, mainly.  Two, the beneficiaries were Trump and his cabal, mostly.  Three, the victims were the legions of normal people who opposed Trump, and who cling to the notion that democracy is worth saving.  And, four, the criminals and the crime were known, too: predominantly anonymous Russian hackers who manipulated less than 80,000 votes in three American states, thereby engineering a “victory” for Trump.

In recent days, however, the story has changed.  The cast of characters has expanded.  So too the victims, and the nature of the alleged crimes.

A few days ago, Canadian Press revealed that the self-proclaimed “whistleblower” in the Facebook-Cambridge Analytica scandal was a Canadian who had worked for the Liberal Party of Canada, receiving tens of thousands of dollars to do…well, we don’t know, exactly.  The managing director of the Liberal Caucus Research Bureau says Christopher Wylie was simply “assist[ing] the Liberal Research Bureau in acquiring and setting up social media monitoring tools.”

As benign as that may sound, however, let’s not forget that “acquiring and setting up social media monitoring tools” was also what Putin and Co. were doing, too, for their American pal, the Mango Mussolini.

Wylie claims to be a whistleblower, one who is now profoundly offended by what everyone at Cambridge Analytica and Facebook were doing.  But the unvarnished facts remain: Wylie helped create Cambridge Analytica, he worked there, and he sold the Canadian Liberals (and, later, the U.S. Trumpist Republicans) on making use of personal information appropriated from the profiles of millions upon millions of Facebook users.

And – surprise, surprise – he wasn’t alone.  It turns out a few other Canadians were involved, too, at a shadowy British Columbia-based outfit that called itself AggregateIQ.  Last week, Wylie told British Parliamentarians that AggregateIQ was up to no good, too.

AggregateIQ was co-founded by Canadian Liberals Jeff Silvester and Zack Massingham in Victoria in 2013, Wylie told a British Parliamentary committee – and it worked very closely with Cambridge Analytica’s parent company.  The three companies were allied from 2013 to 2016, influencing vote outcomes in Trinidad and Tobago; Nigeria; the United States; and Britain’s Brexit campaign.

Wylie – in whose mouth the proverbial butter would not melt – told the British MPs that AggregateIQ, which he helped to set up, “really doesn’t consider the ethics of its actions,” adding that the Canadian company would go to considerable lengths “to do what their clients want.”  Up to and including, he said, disseminating videos of people being slaughtered with machetes, to intimidate their votes in the 2014 Nigerian presidential election.

Chistopher Wylie was deeply involved with, and helped to create, Cambridge Analytica and AggregateIQ.  For him to now claim to be shocked and appalled by their activities stretches credulity to the breaking point.  But, with multiple investigations now underway on two continents – some involving law enforcement – we will all get a truer picture of Wylie’s role, soon enough.

What remains stubbornly unanswered, however, is whether these three young men – Messrs. Wylie, Silvester and Massingham – broke any laws here in Canada. And whether they did so on behalf of the political entity they all supported.

The Liberal Party of Canada.