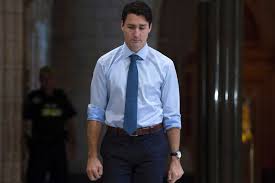 A snippet from next week’s Hill Times:

Only two things matter, at this point. One, how has Justin Trudeau responded to the woman’s allegation in the Creston Valley Advance?  That’s a very important question.

The Office of the Prime Minister of Canada, when asked about the groping allegation – and groping, in case you are wondering, is addressed in the Criminal Code as “sexual touching” without consent – had this to say:

“As the prime minister has said before, he has always been very careful to treat everyone with respect. His first experiences with activism were on the issue of sexual assault at McGill, and he knows the importance of being thoughtful and respectful. He remembers being in Creston for the Avalanche Foundation, but doesn’t think he had any negative interactions there.”

He “doesn’t think he had any negative interactions there.”

Not exactly a categorical denial.