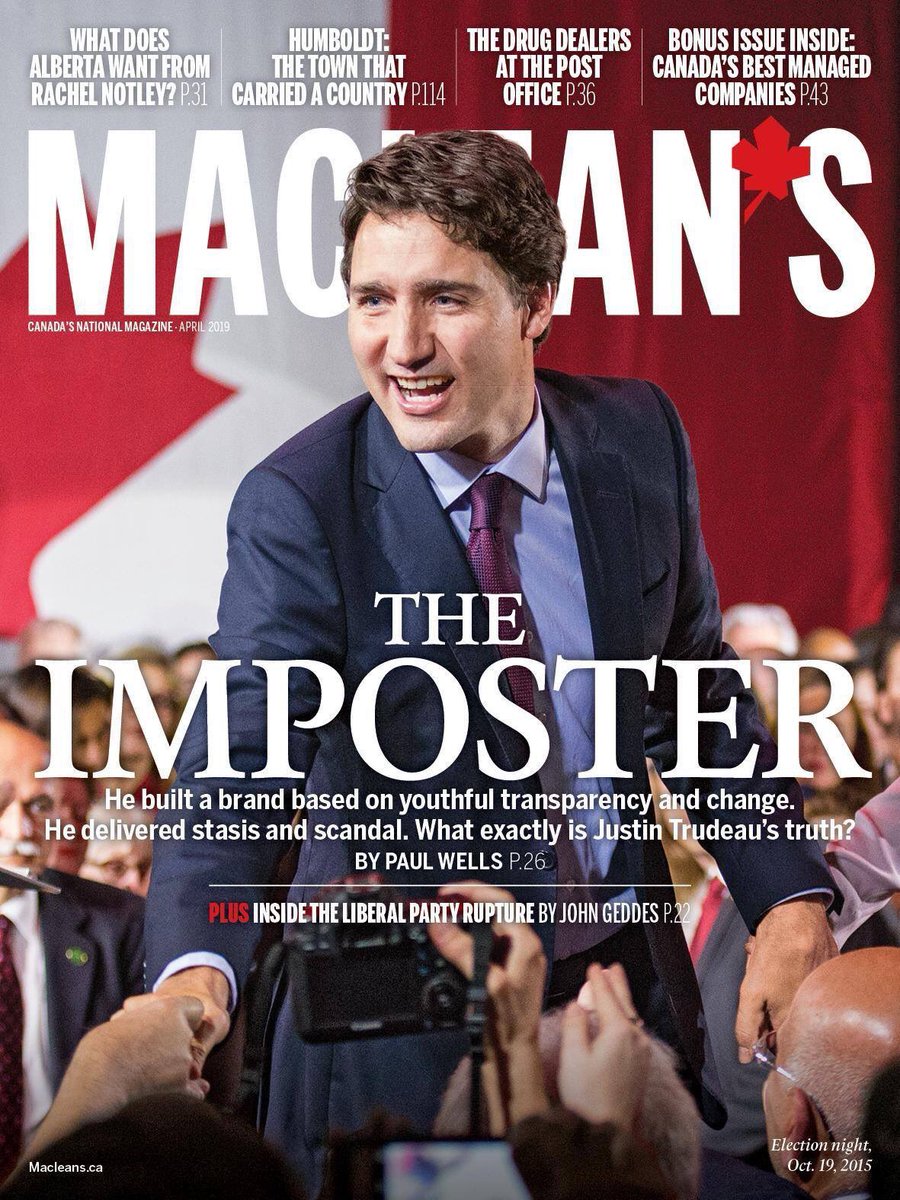 Ten things Trudeau did wrong at his #LavScam press conference

So bad CTV Your Morning’s Ben Mulroney asked aloud if the Liberal Prime Minister had made things worse for himself.

Trudeau made many mistakes in Parliament’s press theatre. Here are ten.

1. He didn’t apologize. After Trudeau’s office leaked that the beleaguered Liberal leader was deliberating about an apology for the SNC-Lavalin scandal, we all kind of expected one. We didn’t get one. And when Trudeau was asked why, he blinked and stammered and looked offended. Dumb. Apologies cost nothing, Petit Justin. But if done right, they pay many dividends.

2. He didn’t take responsibility. Even if you don’t apologize – even if you don’t express the smallest amount of regret, which Trudeau didn’t do either – it’s important that you accept that the proverbial buck stops with you. Trudeau (again) said that it’s all Jody Wilson-Raybould’s fault. “She didn’t come to me,” he wheezed. Well, actually, she did. You just wouldn’t listen.

3. He didn’t sound sincere. Justin Trudeau’s greatest strength is his acting ability. He is an expert at radiating wet-eyed sincerity and emotion – kind of like our Labrador retrievers, when we come home and discover they’ve eaten an entire living room sofa. At his press conference, Trudeau had all the conviction of an ISIS hostage reading a statement prepared by his captors. This was a truly historic moment, and Trudeau needed to convince us. He didn’t.

4. He didn’t acknowledge the seriousness of this scandal. LavScam is a raging five-alarm fire; Trudeau brought a squirt gun to the blaze. He did and said nothing that will extinguish Canadians’ growing belief that Trudeau and his staff may have obstructed justice.

5. He didn’t rebut the allegations that have been made against him. In fact, he did the precise reverse. Trudeau confirmed all of Jody Wilson-Raybould’s evidence: that she was pressured to give a sleazy Quebec company a sweetheart deal. That he and his officials – 11 of them, more than 20 times, over a four-month period in Fall 2018 – did what the former Attorney-General said they did. Guilty as charged.

6. He didn’t make us feel he understands it. In fact, Trudeau gave us every indication that the pressure is getting to him. At one point, the Deflector-in-Chief looked up from his focus-grouped talking points and launched into a bizarre exposition about his dead father. Pro tip: hauling dead relatives out of the crypt to buttress your argument isn’t convincing. It’s creepy.

7. He didn’t provide a compelling narrative. People get bombarded by millions of words and images every day. It’s data smog; it’s hard to keep up. So, it’s critical that you provide a narrative – a story. (Because while facts tell, stories sell.) At the conclusion of Trudeau’s windy word salad, we still didn’t know why he fired Jody Wilson-Raybould. Because she didn’t speak French? Because she was “difficult”? Because Scott Brison? We don’t know.

8. He didn’t sound like a Prime Minister. Sure, he used an official-looking podium. Sure, there was a battery of Canadian flags arrayed behind him. Sure, he can wear a pricey suit. But, with the sound off, Trudeau looked like he was irritated that he was being forced to answer tricky questions from the wretches in the Press Gallery. He looked like he was pissed off. Not penitent.

9. He didn’t get it. The seriousness of it all, that is. Over and over, Trudeau gave us every indication that the whole mess was simply a case of broken telephone. When, in fact, it was about how he and his senior staff – not one of them a lawyer – repeatedly tried to tell the lawyers what to do. The decision was all Wilson-Raybould’s, he said – as long as, you know, she made the decision he wanted her to make.

10. He didn’t remember the cardinal comms rule. Which is: don’t repeat the main allegation against you. Instead, Justin Trudeau acknowledged, over and over, that there had been “an erosion of trust” between him and his former Attorney-General. He said it so much, even the New York Times put it in a big headline.

No, Justin, the “erosion of trust” wasn’t between you and Jody Wilson-Raybould.

The erosion of trust is between you and us.