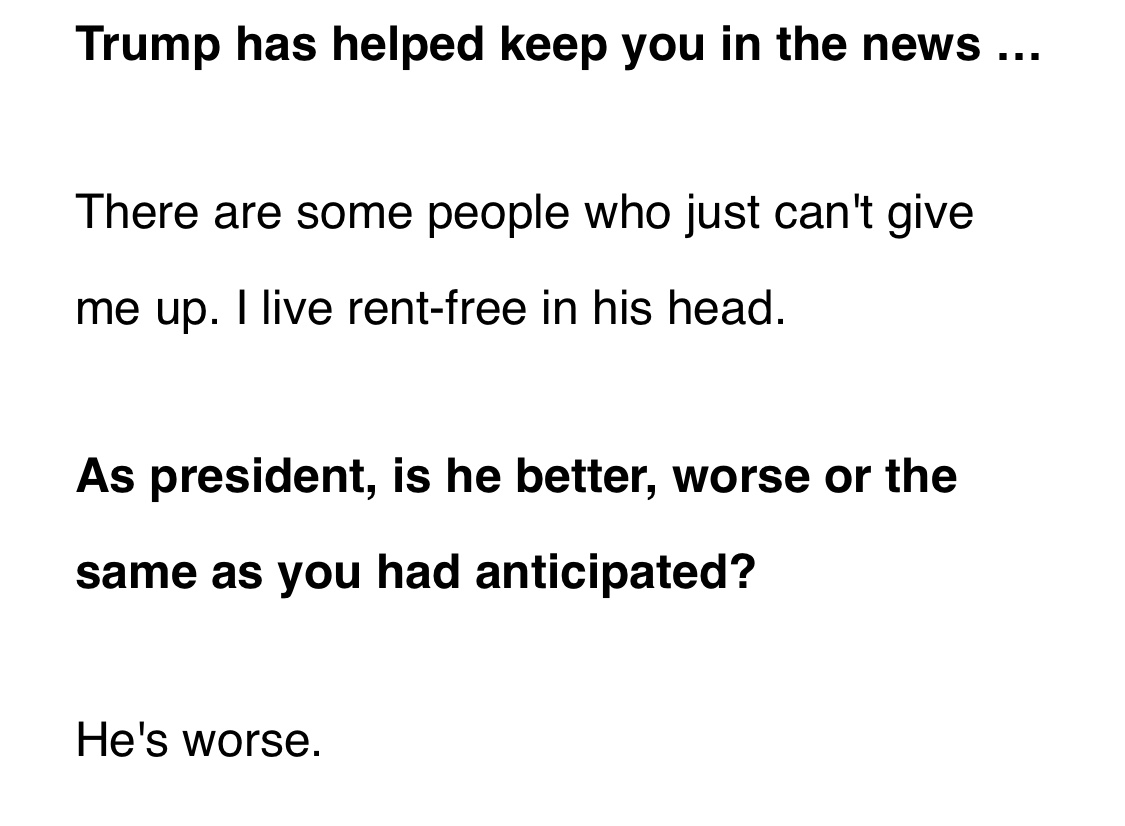 …and remain proud I worked for her in three different states. And I’d do it again. And I don’t give a shit who disapproves.

This amazing interview reminds me why. Snippets below.

In the doc, you’re brutally honest on Sanders: “He was in Congress for years. He had one senator support him. Nobody likes him, nobody wants to work with him, he got nothing done. He was a career politician. It’s all just baloney and I feel so bad that people got sucked into it.” That assessment still hold?

Do you think the media’s coverage of the 2020 campaign has improved from its coverage four years ago?

I don’t. In the beginning I was hopeful that it had. I thought that with more than one woman running — at one point there were six, so a basketball team plus a spare — it’ll get more normal [because] you have women on the stage. It’s not just me standing alone up there. And in the very beginning there was reason for hope, but as the campaign has gone on, it does seem to me that people are reverting back to stereotypes, and many of those are highly genderized. And it’s a shame.

Trump has helped keep you in the news …

There are some people who just can’t give me up. I live rent-free in his head.

As president, is he better, worse or the same as you had anticipated?

At one point Bill says to camera, “I was so grateful that she thought we still had enough to stick it out. God knows the burden she’s paid for that.” What goes through your head hearing that?

First, I’m grateful that he understood that this was a really terrible time. I said [recently] in connection with a book that Chelsea and I wrote, The Book of Gutsy Women, when asked what was my gutsiest decision, I said, “Well, personally, staying in my marriage.” And that kind of sums it up. But I also think in every marriage there’s not just one side. So, I could say the same for him, that I’m not always the easiest person to live with. (Laughs.) I’m glad he stuck it out, too.