What can I say? I’m a big deal in China 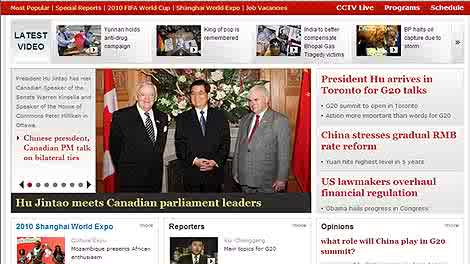 The visit of Chinese President Hu Jintao to Canada appears to be getting a lot of coverage in the Chinese press.

The China Daily website has several G20-related stories and there’s a lot of video and print coverage on the China Central Television website, too.

But there are always perils to reporting on tight deadlines at international summits like the G8 and G20 this weekend, as there is a lot of information to take in.

Case-in-point, check out the CCTV website photo of Hu alongside House of Commons Speaker Peter Milliken and Senate Speaker Noel Kinsella — though the caption says he is a guy named Warren Kinsella, the same name as a well-known Liberal strategist.

While both Kinsellas are known on the Hill, the guy in the photo is definitely not the latter Liberal.