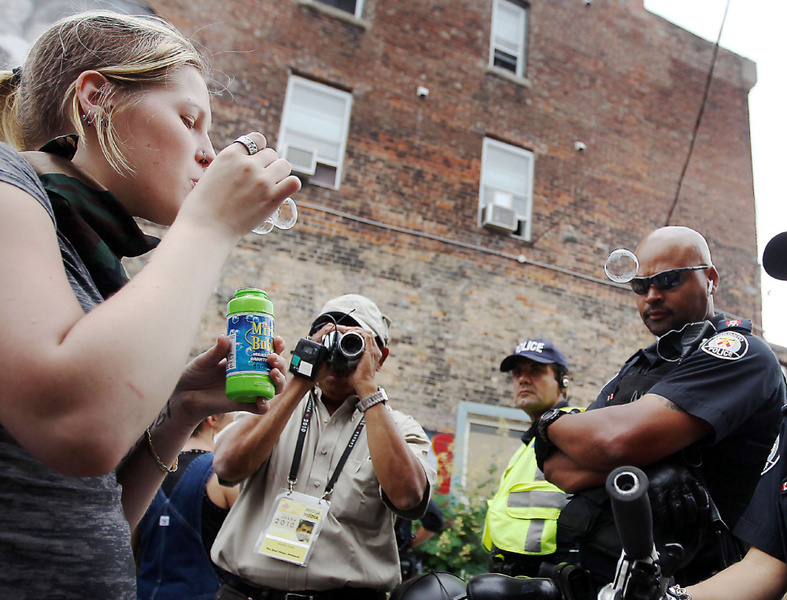 Around the 1:20 mark in the now-infamous video documenting the confrontation between a bubble-blowing activist and a really angst-y cop at Toronto’s G20 summit, a man appears to chide the officer, offering that “for a billion dollars I could have got someone with a better attitude.” That man ended up being the lawyer who would the defend the protestor, and when “Officer Bubbles” decided to sue YouTube and 25 commenters (all cited as “John Doe”), he offered them free legal counsel, as well. And then his punk band wrote a song about it.

“My first involvement was just as a resident of Parkdale,” says David Shiller, who drums in Shit From Hell, featuring former Hot Nasties members and big-time Liberal strategist Warren Kinsella, under the nom de plume of Winkie. “The incident happened right up the street from my house. Within about two minutes of getting there, the whole scene in the ‘Officer Bubbles’ video happened. I hung out, took a couple of pictures, and that was it.”