…to Canada’s political chattering classes, Rolf is a marvel: he’s the guy who erased the 60-point lead the Conservatives had in 2011’s general election. He’s the wunderkind who turned Brandon-Souris Liberal red, after it had been Tory blue for most of the past Century.

But to me – and to his past and future bandmates Davey Snot, Bjorn von Flapjack, Rayman, and Steve Deceive – he was our buddy, and lead guitarist in our punk rock band. He was a great guitarist, too. We did gigs for fun, and raised money for Haiti relief, juvenile diabetes, G20 protestors, Russian political prisoners and food banks. The last song we recorded together was called ‘Mayor On Crack,’ and we’re giving the proceeds to addiction counseling. (It’s on iTunes, folks!)

Punk rocker, political sensation, and a good guy, too. A winner. 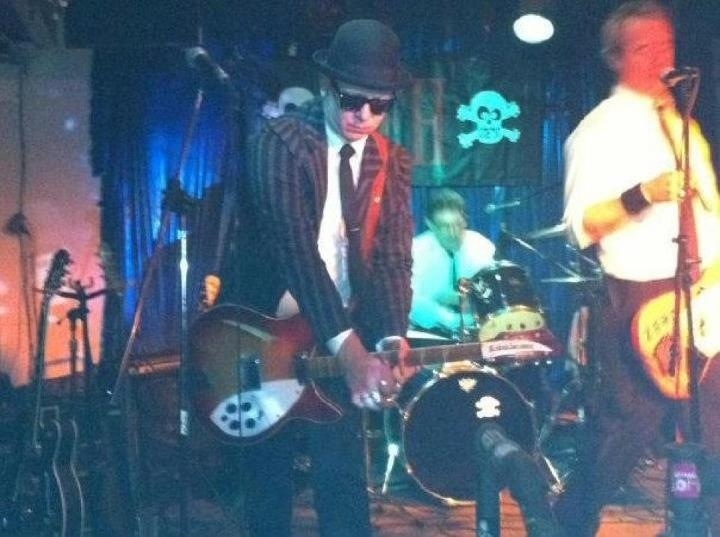 Rolf, Davey and me singing the virtues of liberal causes, and raising funds for G20 protestors. Go, RB, go!