Dear Nepean voters: your NDP candidate is a disgrace (updated)

The NDP candidate in Nepean – a guy named Sean Devine – retweeted on October 4 the graphic below, actually comparing the Conservatives to the Nazis, complete with swastikas and all that. It is still up on his Twitter feed.

As before, it is Liberals who brought this to my attention, not Conservatives.  Liberals want to win, but they won’t stoop as low as certain NDP candidate are (increasingly) doing.  Just gross. 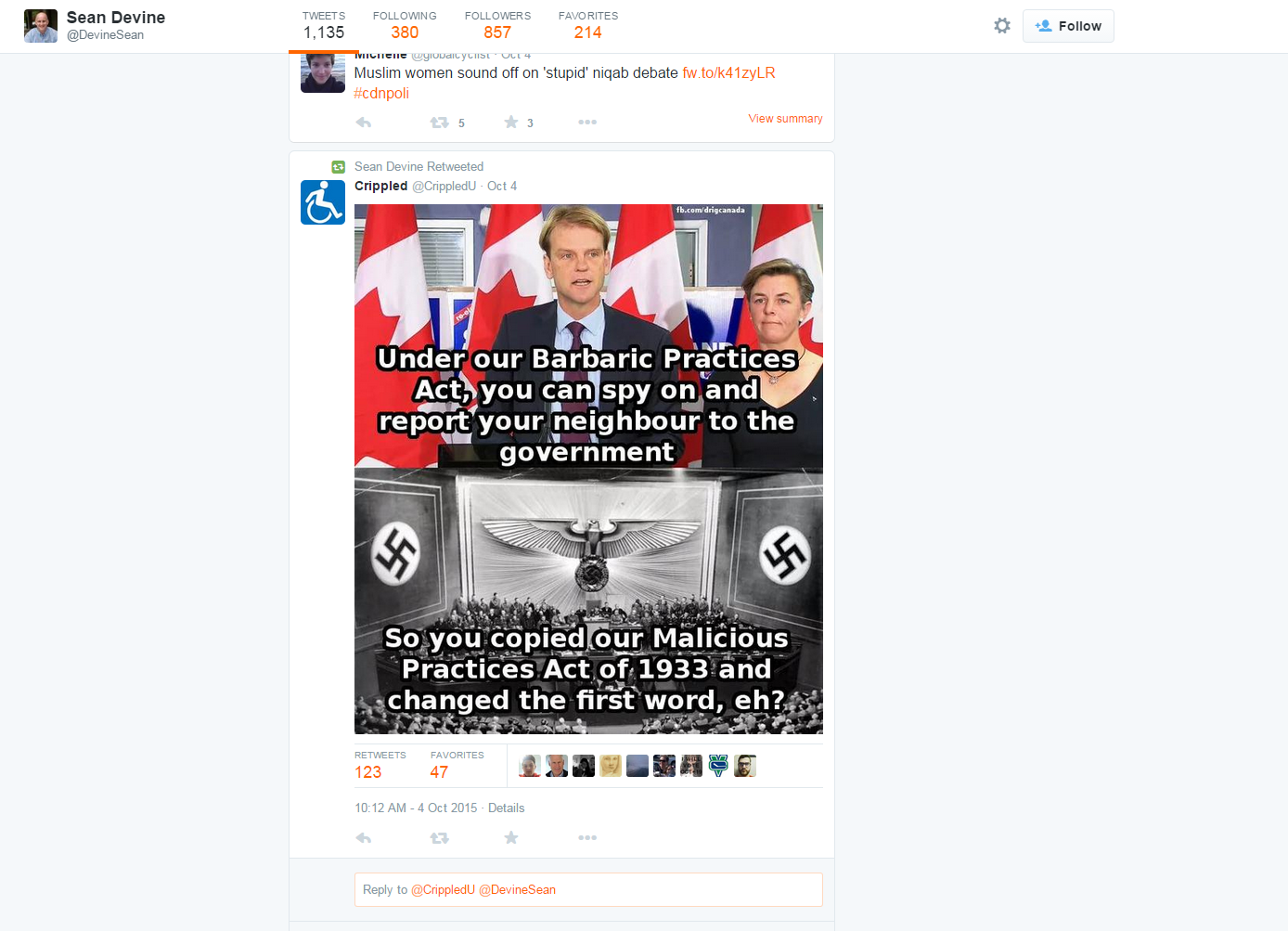 UPDATE: And just like that – poof! @DevineSean’s Twitter account has been vanished! Good thing for Sean that not one of us knows how to do screen caps!