For what it’s worth, when some of us were conducting a comparatively low-visibility battle with actual neo-Nazis and white supremacists – who were, inter alia, circulating words and images like the ones below to tens of thousands of Toronto-area homes – here’s what the local chapter of Black Lives Matter were doing to help us:

We had a diverse group of people drawn from many faiths and skin hues. And Black Lives Matter did zero, zippo and zilch to assist us in fighting actual white supremacy. Anyway, no thanks to them, we won. The Trudeau government eventually agreed with us, and helped shut down the neo-Nazis and white supremacists.

Black Lives Matter a lot, to be sure. And, to some folks, so does publicity, apparently. 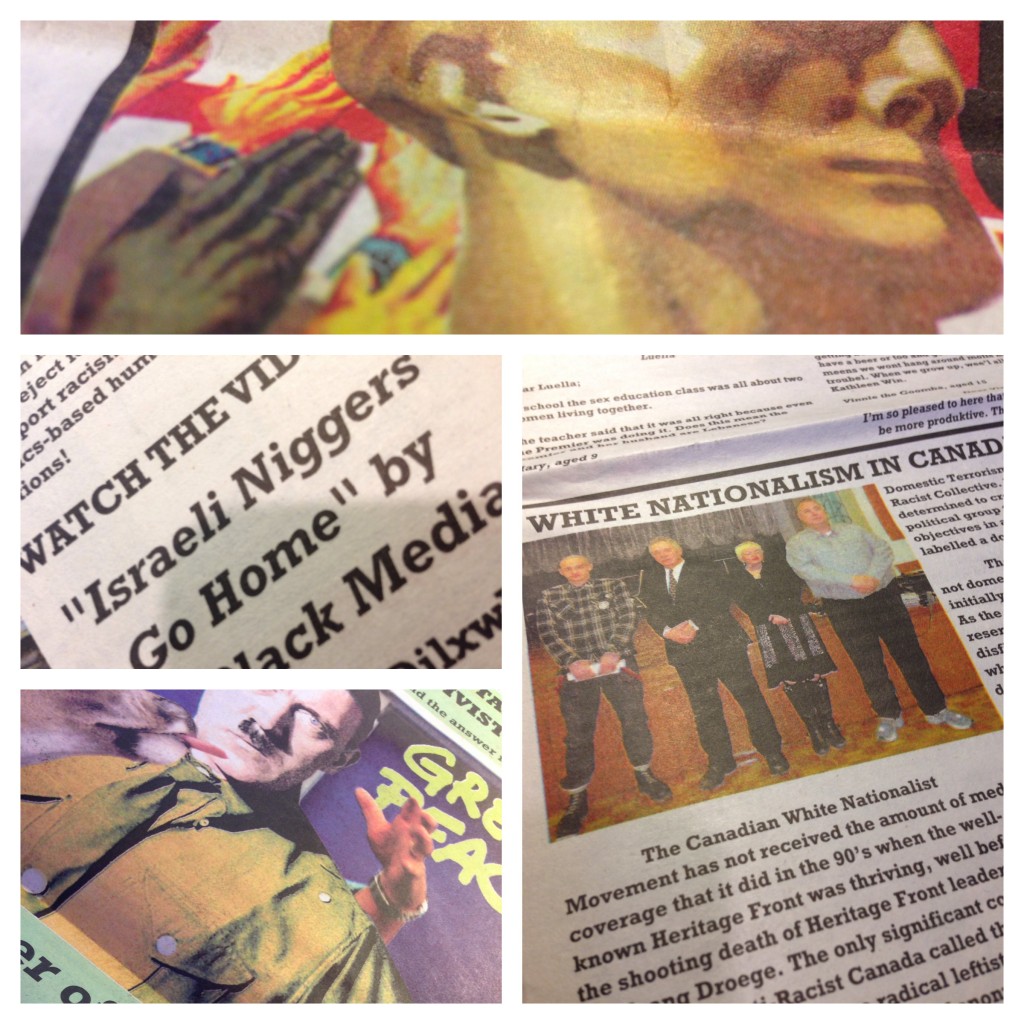