…and I intend to wear across Canada, as well as in rural, all-white areas in Florida,  Michigan, Pennsylvania and Wisconsin. If they still let registered Trump-hating liberals past their wall, that is.

Oh, and Hillary will end up with two million votes more than Trump. Minimum. 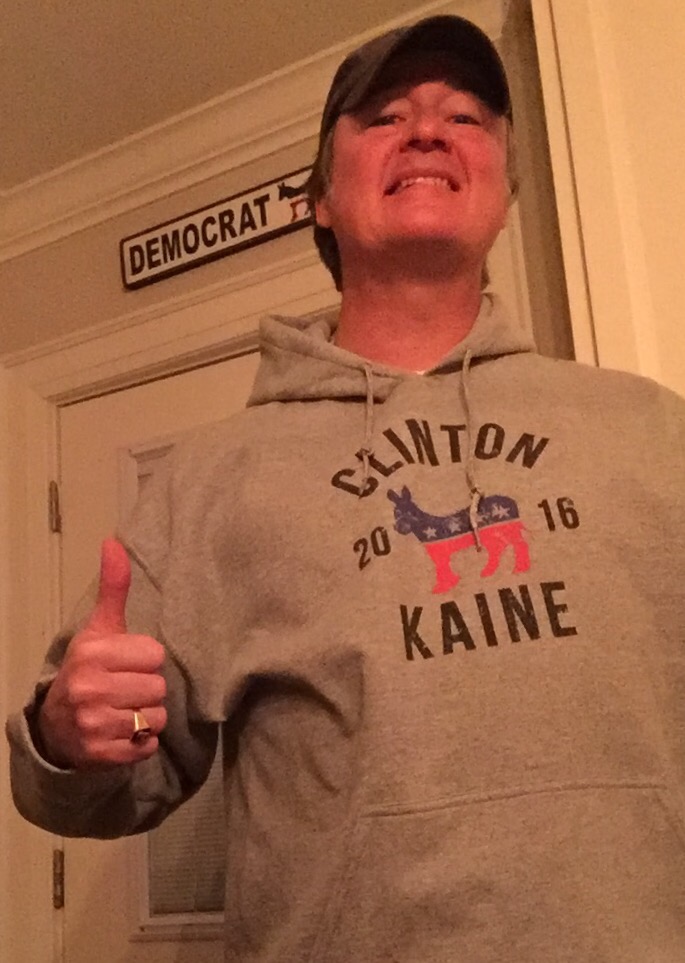