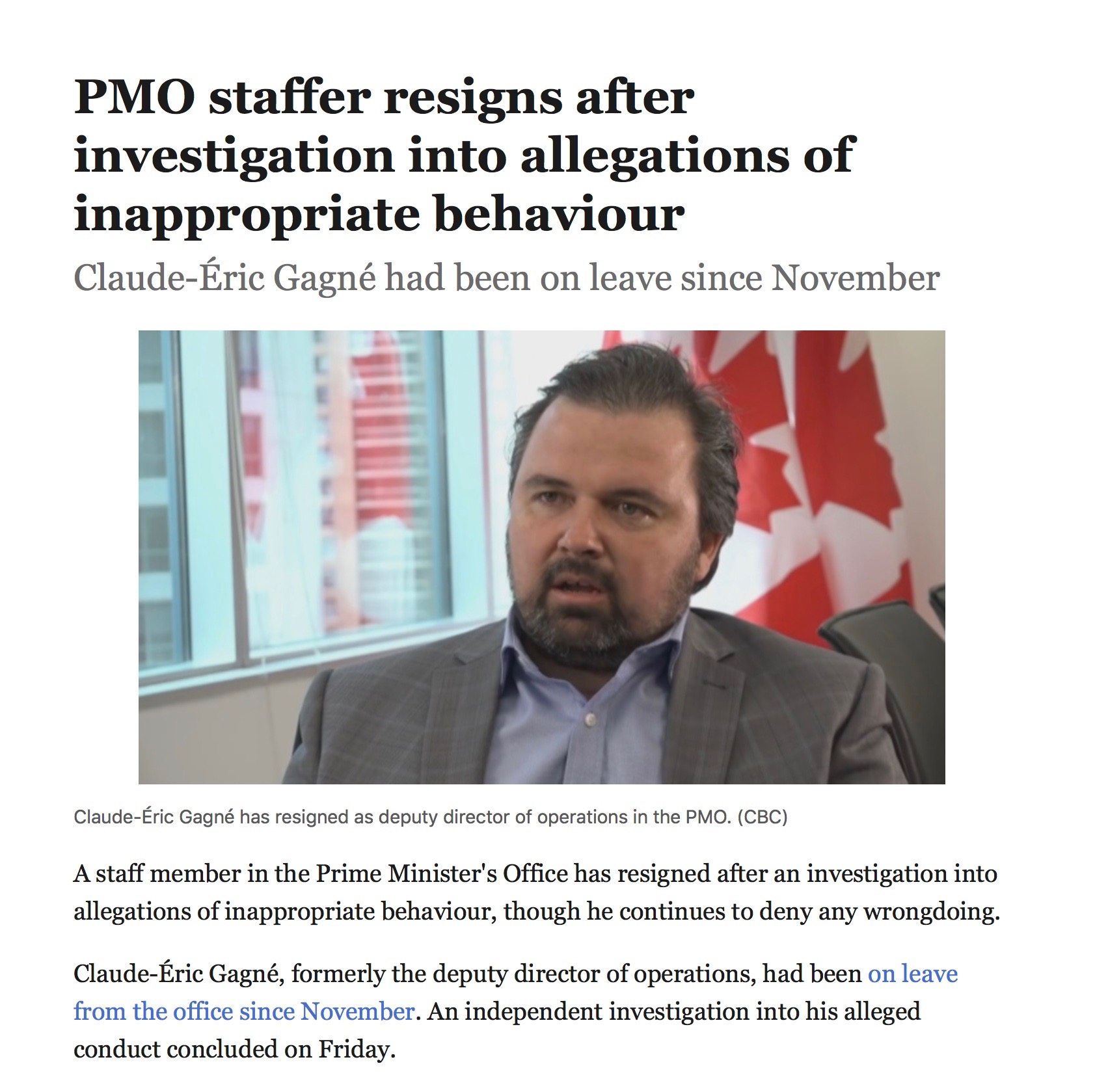 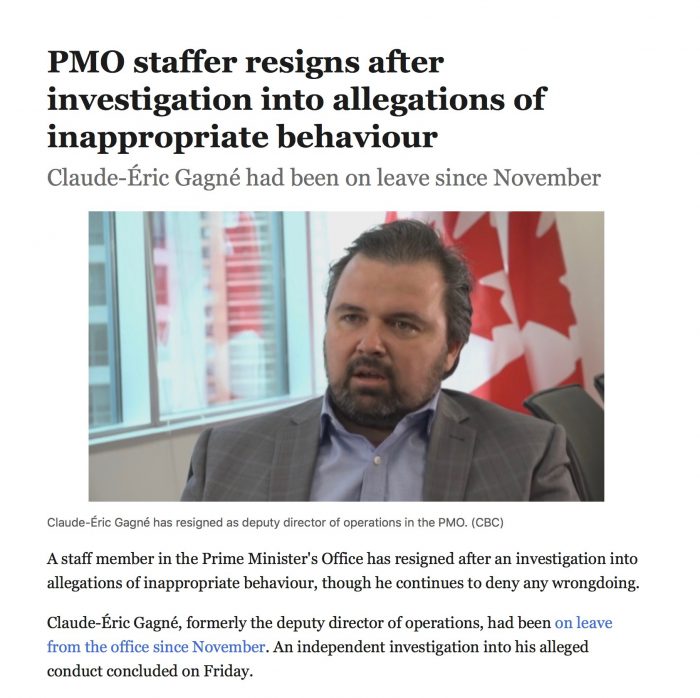 Timing is everything, in comedy and in politics.

Late on a Friday – just as Maclean’s was breaking a huge story about the Harper Conservatives knowing that they had a candidate accused of sexual assault, and let him run for them anyway – the government let slip that the Deputy Director of Operations in the Prime Minister’s Office was no longer employed there.

Rule of thumb: when (a) a government, any government, quietly releases something (b) on a Friday (c) in the evening, it is usually meaningful.

Some of what there is to know about Monsieur Gagné, and his alleged behaviour, is starting to trickle out – as one brave woman is suggesting, here.

Many questions remain.  There’s no question, however, that #MeToo isn’t winding up on Parliament Hill.

UPDATE: Right after the above post went up, some anonymous person(s) started to email the pleadings in my divorce to Ottawa reporters.  Now, why do you think that is happening?  And which political team do you think might be doing it, eh?

Ottawa sure is a nice town.

UPDATE TWO: Oh look: now they have updated my Wikipedia page to say I abused and neglected my children. A Teksavvy customer in Ottawa did it. From a friend: “To reiterate, the edit came from a computer on a DSL network associated with TekSavvy customer assigned address 23-233-60-119.cpe.pppoe.ca at 7:01pm EST Saturday February 3 2018 in the World Exchange Plaza, likely at one of the lobby firms there.”