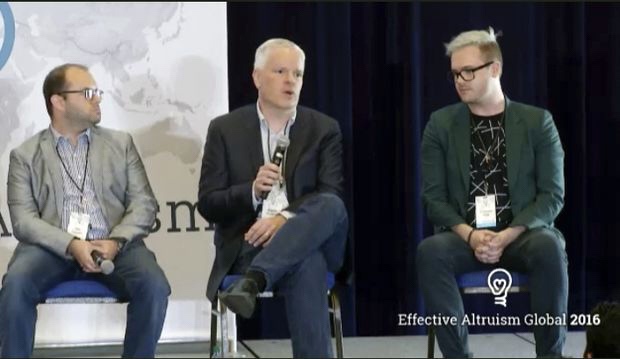 Column: as with Trump, what if they won by cheating?

It almost seems kind of quaint, doesn’t it?

Back when the Conservative Party was running things, the commentariat were apoplectic about something called CIMS: the Constituent Information Management System (CIMS).

A decade ago, the Conservative Party started using CIMS for targeted appeals to voters, for donations, and to Get Out the Vote on election day.  CIMS relied upon information gleaned from door-to-door canvassing, phone banks and direct mailings to gather information – and it gave the CPC a decided edge, too.

CIMS provided the Conservatives with what is called “psychographic” data – that is, very specific information about a person’s personality and attitudes, their values and interests, and their lifestyle.  It was much more than a voter’s street address, postal code and voting history: CIMS offered the Tories data about a person’s IAOs – their Interests, Attitudes and Opinions.

The value of all that stuff was certainly apparent to the Liberals and the New Democrats, who started to lose to the Conservatives right around the time that the CIMS machine was humming away in a CPC backroom.  CIMS gave Harper’s team a better way to identify supporters, and communicate with them.  It also gave them a means to micro-target and then mobilize supporters and potential supporters.

As noted, CIMS seems a bit old-fashioned now, like dial-up modems and Blackberries.  It has been overtaken by something that is far more invasive, and far more dangerous.  And it has a moonish, bland face: Christopher Wylie.

He’s a Canadian, as the entire planet knows by now.  Among other things, he has hammered the reputation of one of the biggest companies on Earth (Facebook), he has gutted the markets ($50 billion, from Facebook) with his revelations about illicit/illegal activity, and he has set off a firestorm in political capitals around the world (Washington, Ottawa and London, all focusing on Facebook).

He calls himself a whistleblower, but that seems to be a bit of mendacious spin and proactive self-preservation.  In reality, Wylie was the guy who helped create the companies which stole highly personal information about millions upon millions of voters.

And he did that kind of work for the Liberal Party of Canada, too, for successive Liberal leaders.  Including the current one.  The Prime Minister.

For the record: during the blessedly brief period when I was advising Michael Ignatieff, I did not ever meet young Mr. Wylie.  I am told now that he hung out with what I called the propeller-heads – the ones who manipulated data down in the bowels of the various offices of the Leader of the Opposition.

No one in Liberaldom wants to admit to knowing Wylie these days, of course, because they correctly sense that a genuine scandal is in the offing.  The guy who helped engineer one of the biggest data breaches in human history worked, as it turned out, for them.

Usually, when an individual has become radioactive, politicos adopt a standardized approach.  The revolving-door Trump White House uses it quite a bit.  First, claim the individual in question was “just a volunteer,” nothing more.  If that doesn’t work, insist the aforementioned individual is unimportant, a “coffee boy,” in effect.  And if none of that works – and it rarely does – join the pile-on, and say, with a straight face, that the President/Prime Minister/Potentate “never met with this person, and is cooperating with police.”

Pat Sorbara was the Grits’ 2011 deputy campaign boss – and, in 2014, a very senior campaign advisor to Ontario Premier Kathleen Wynne.  She is one of the few who has been willing to speak about Wylie on the record.  Wylie was “way ahead of his time,” Sorbara marveled in the Globe.  The two of them spitballed various microtargeting techniques.

“[Sorbara] was impressed by his ideas,” reported the Globe and Mail, “but said that after his initial presentation she had to reject his proposals owing to a lack of time and resources.”  So the story changes, yet again: the Ignatieff Liberals didn’t reject Wylie because what he was suggesting was unethical and possibly illegal.

No, they didn’t use him because they couldn’t afford it.

Regrettably for Ignatieff’s successor, that all changed in 2016.  In that year, Christopher Wylie was paid at least $100,000 by Trudeau’s own political hit squad – the Liberal Caucus Services Bureau.  It is impossible to claim that the bespectacled, cherubic computer whiz with the technicolour tresses is a mere coffee boy – as the Trudeau spinners initially did – because they paid him, they now admit, $100,000.

That’s more than what most of their full-time tech folks are paid in a year, Virginia.  And that, therefore, has all the makings of a full-blown scandal.

Stephen Harper, sitting in a Calgary office tower looking at the yellowed press clippings about the scandal that was CIMS, must be having a good old chuckle.