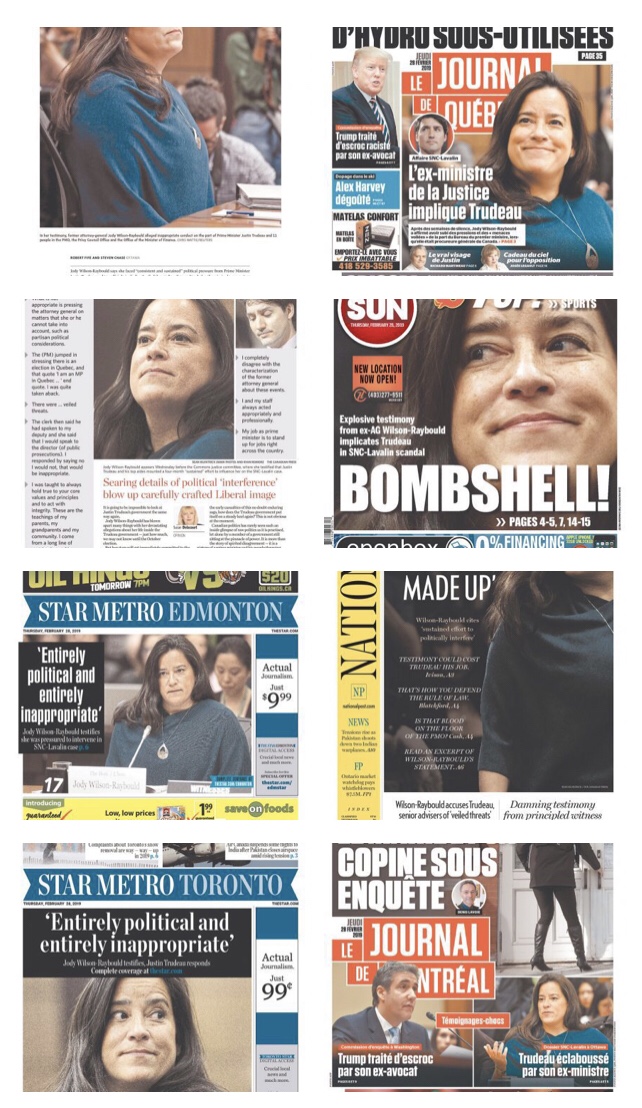 If, say, you wanted to now wipe out the Liberal Party of Canada – if you wanted to eliminate any chances it might have in an election that is just 200+ days away – what would you do?

Here’s what you would do:

And that’s what the Trudeau Party are doing, or have done. All of it.

1. Here is a Liberal MP saying JWR isn’t “a team player,” that someone else (probably a man) is “pulling her strings” and – because she’s a girl, you know – she “can’t handle the stress.”

2. Here’s Trudeau openly musing about kicking JWR out of caucus – thereby (a) rendering her a martyr and (b) proving that he did want her punished for refusing to go along with what would amount to obstruction of justice.

3. Here’s her successor – whose understanding of the law means “nothing bad happened because Justin Trudeau says so” – meeting with PMO staff in Sherbrooke, right after he was sworn in, and scheming about how to cut a dirty deal for SNC-Lavalin.

4. Here’s another Minister saying, well, um, yes, giving SNC-Lavalin a deal to avoid prosecution for millions worth of bribery and corruption charges “is always in the table.”

You can’t make this shit up, folks.

Justin Trudeau is no longer the leader of a political party.

He’s the head guy with a political suicide cult. 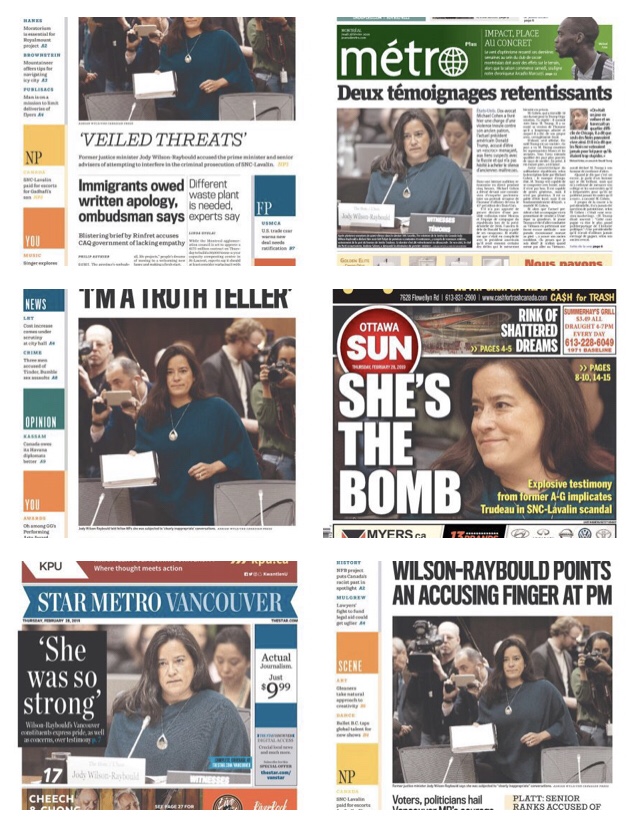