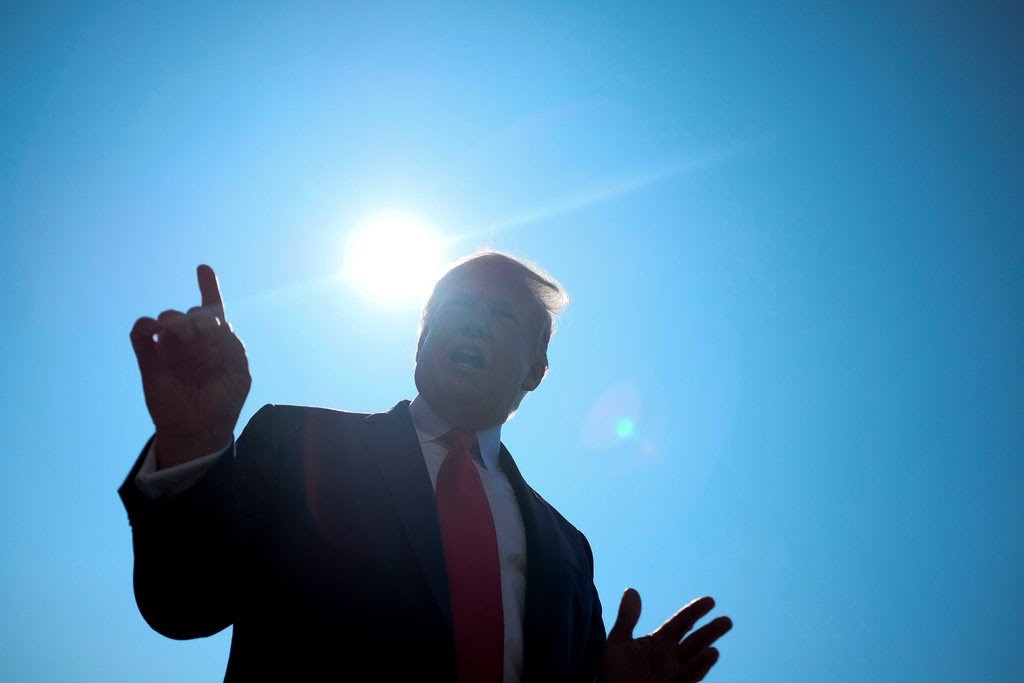 She doesn’t mention Donald Trump’s latest outrage – that he’s “the chosen one.” She doesn’t even utter his name.

She says she thinks she’s going to vote Democrat. Then she frowns a bit. “But I like Collins.”

She’s referring to Maine Senator Susan Collins, a Republican. Collins is the bane of every Democrat’s existence. She’s the one, more than any other Senator, who got Brett Kavanaugh onto the US Supreme Court.

The woman at the door of the bungalow on Hale Street has indicated she’s a Democrat. But she’s ready to vote – again – for a Republican. Susan Collins.

It wouldn’t be a big deal, but it happens again and again. As my daughter and I move from door to door in this older Portland neighbourhood, volunteering for the Democratic Party, we see it a lot: shrugs.

Down the street, Thomas, a man in his sixties, says he’ll vote for the Democratic candidate for Congress. Then he shrugs, too. “And maybe Collins for Senate,” he says.

What we encounter on Hale Street isn’t unique. It isn’t an aberration. Maine Democrats have encountered it so often, an entire section of the script we’ve been given deals with Democrats who are ready to vote Republican.

Right about now, Trump fans shouldn’t start breaking out the bubbly. It’s not that Americans have grown to love the guy. Polls clearly show they don’t, and in battleground states he won in 2016, too.

The day after my daughter and I knocked on dozens of doors for the Dems, a gifted New York Times columnist, Frank Bruni, wrote about exactly what we experienced. “Donald Trump has worn us all out,” read the headline atop his column.

Wrote Bruni: “[Voters have] binged on Trump and now they’re overstuffed with Trump, and if Democratic candidates are smart, they’ll not dwell on his mess and madness, because voters have taken his measure and made their judgments, and what many of them want is release from the incessant drumbeat of that infernal syllable: Trump, Trump, Trump.”

And it’s true. As this writer said to someone down here, after reading Bruni’s words: “Do you get outraged about Trump anymore? Does he shock you anymore? Do you just change the channel, or flip the page, and move on to the next thing?”

Many of us do, on both sides of the border, I suspect. We simply have become used to Trump’s incendiary tweets, and his politics of division. He doesn’t shock us anymore. We shake our heads, or we shrug, and we move on.

That creates opportunity for the Democrats, Bruni opined, because he thinks Americans are sick of all the drama and the craziness, and they want stability and civility.

On Hale Street – and, in fact, on every other street we canvassed in Portland – we saw precious little evidence of that hopeful theory. Why we saw, instead, is that everyday Americans simply aren’t as exercised about Donald Trump as they used to be.

And that’s translating into expressions of support – from Democrats! – for one of Trump’s enablers, Susan Collins. And that’s opportunity, maybe, for Trump and the GOP.

Peter Jones, a retired man stands at his front door, and gives us hope. And a warning.

“I pay attention,” he says to us, finger wagging. “Two things. Point out Trump’s faults, sure. But tell us what you’re going to do, too!”

Have Democrats done that, nearly enough? Have they described the America they want to create?

Down on Hale Street, not really.

And not across America, either.