Mark Bourrie complained to the Law Society about me 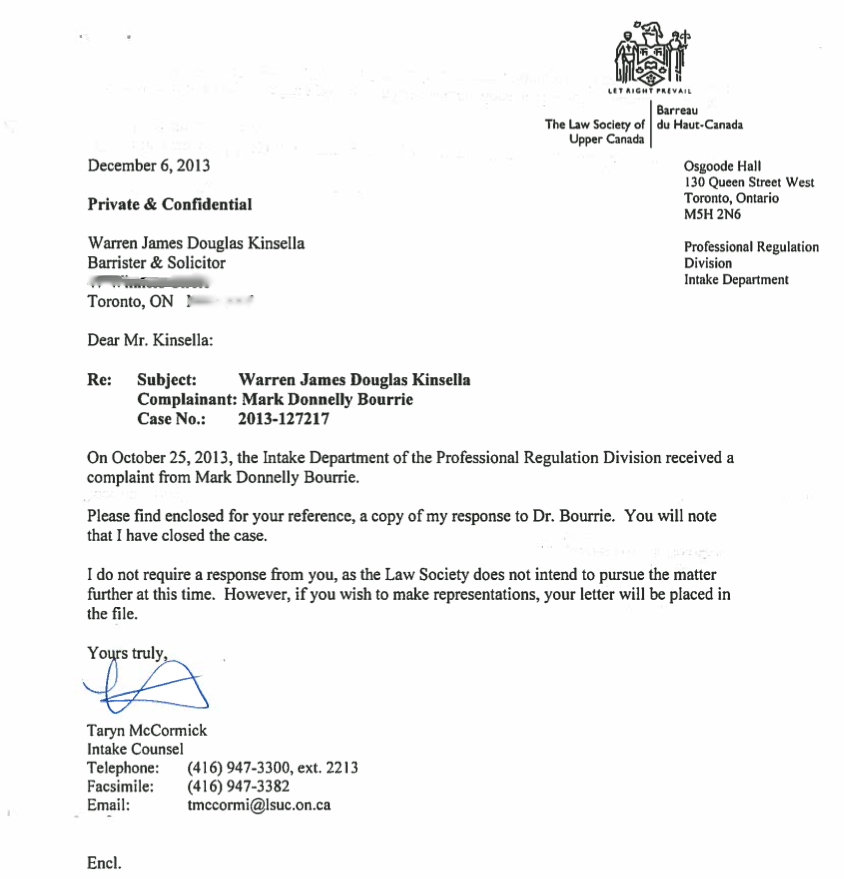