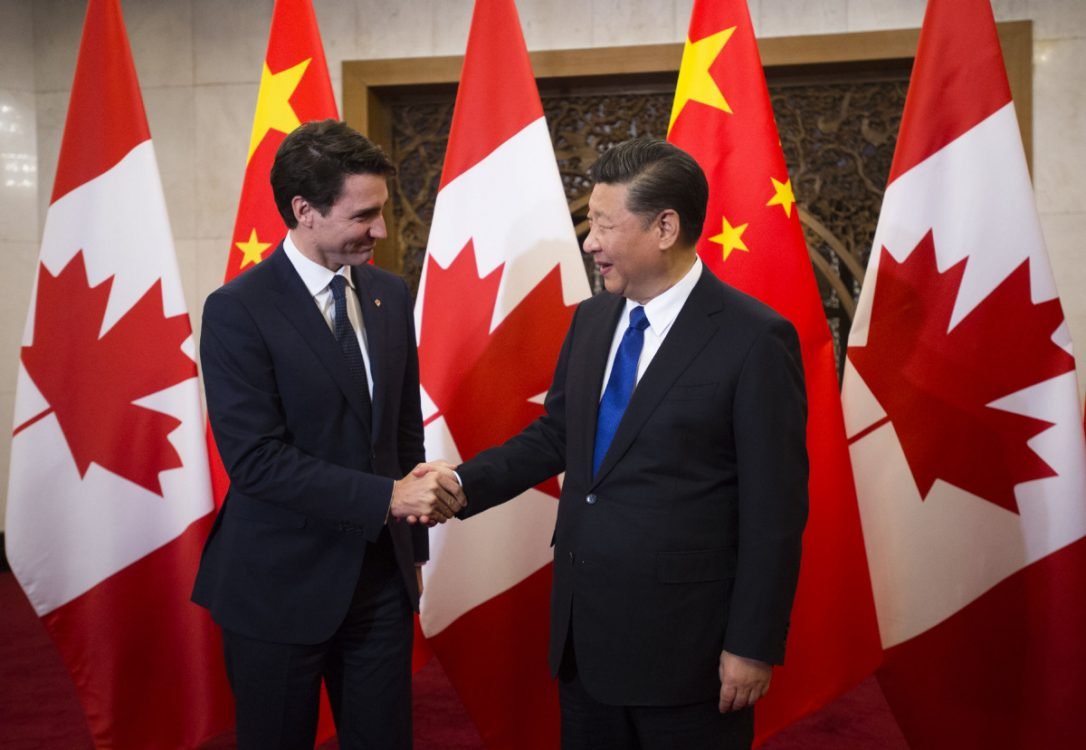 I stand with Trudeau

We used to be friends, we had a falling out.  And: he has a very different style than my guy, the Shawinigan Strangler.  We were the undersell and overperform gang, you know?  We were more fiscally conservative, we didn’t bet the house on rookies, and (I think) we were a bit more adept on the international stage.

But – upon reading this David Akin report – I’ve never been more proud of Justin Trudeau, and never more happy that he is presently Prime Minister.  Why?  Well, as I get older, and as I get closer to the grave – and as I regularly tell friends and family – I find myself becoming far less partisan than I was in my youth.  These days, I tend to think the differences between the Canadian political parties is pretty negligible.  And, these days, I am a great admirer of pretty much everyone who dares enter public life.

As such, as I prepare to shuffle off to something else, my only partisanship is increasingly my first love, journalism.  I evaluate every politician’s worth, these days, through the prism of journalism.  If they promote a free and flourishing media (like the aforementioned Trudeau), I’m a fan.  If they don’t (like Donald Trump and Melanie Joly), I’m not.

In the Trump era, where political/governmental institutions are failing us, and the only people defending democracy seem to work at the New York Times and the Washington Post and CNN, a free press has never been more important.  Democracy is literally at stake.

Ipso facto, here’s David Akin, who clearly was as impressed as I was.  To me, Trudeau’s words, below, should be inscribed on the wall of every journalism school in Canada.

On Prime Minister Justin Trudeau‘s last day of a week-long visit to China — a week in which he had done his best to be a gracious guest and not say anything remotely controversial about the dictatorship that was hosting him — Trudeau said something rather remarkable.

It may even be historic.

Speaking on Chinese soil, in the presence of several members of China’s obsequious state media, he said that reporters play an essential “challenge function.”

In the age of Trump and #FakeNews, this is heady stuff.

It is to Trudeau’s great credit that he said these things and said them in China!

He was not delivering prepared remarks on the value of journalism to grad students at a Canadian university.

He was speaking off the top of his head, from his heart, in response to a question put to him in the midst of a 45-minute press conference in a communist country where independent-minded journalists go to jail.

Trudeau was prompted to make these comments about the value of an independent and free press because a reporter had asked him if his Chinese hosts had intimated that criticism of China in the Canadian press was making it difficult for his government to advance talks on a Canada-China free trade deal.

If the Canadian media was a thorn in Trudeau’s side, he refused to say so. Instead, Trudeau clearly indicated that this was not only the price he was willing to pay, if that was, in fact, true, it was a price he was happy to pay.

“Allow me to take a moment to thank members of the media,” Trudeau began. “You play an essential role: a challenge function, an information function. It’s not easy at the best of times. These are not the best of times with the transitions and challenges undergoing traditional media right now and I really appreciate the work that you do.”

But he was not done. He acknowledged that the spin masters in any political operation from any party these days are set up precisely to make the job of an independent and free press harder.

“We make your job difficult,” he said, acknowledging his complicity, as a successful politician, in trying to manipulate journalists for his own political gain.

“External factors make your job difficult,” Trudeau said. “But it’s an essential role that you play in the success of the society. That is my perspective. That is a perspective shared by many and it’s one that I am very happy to repeat today.”