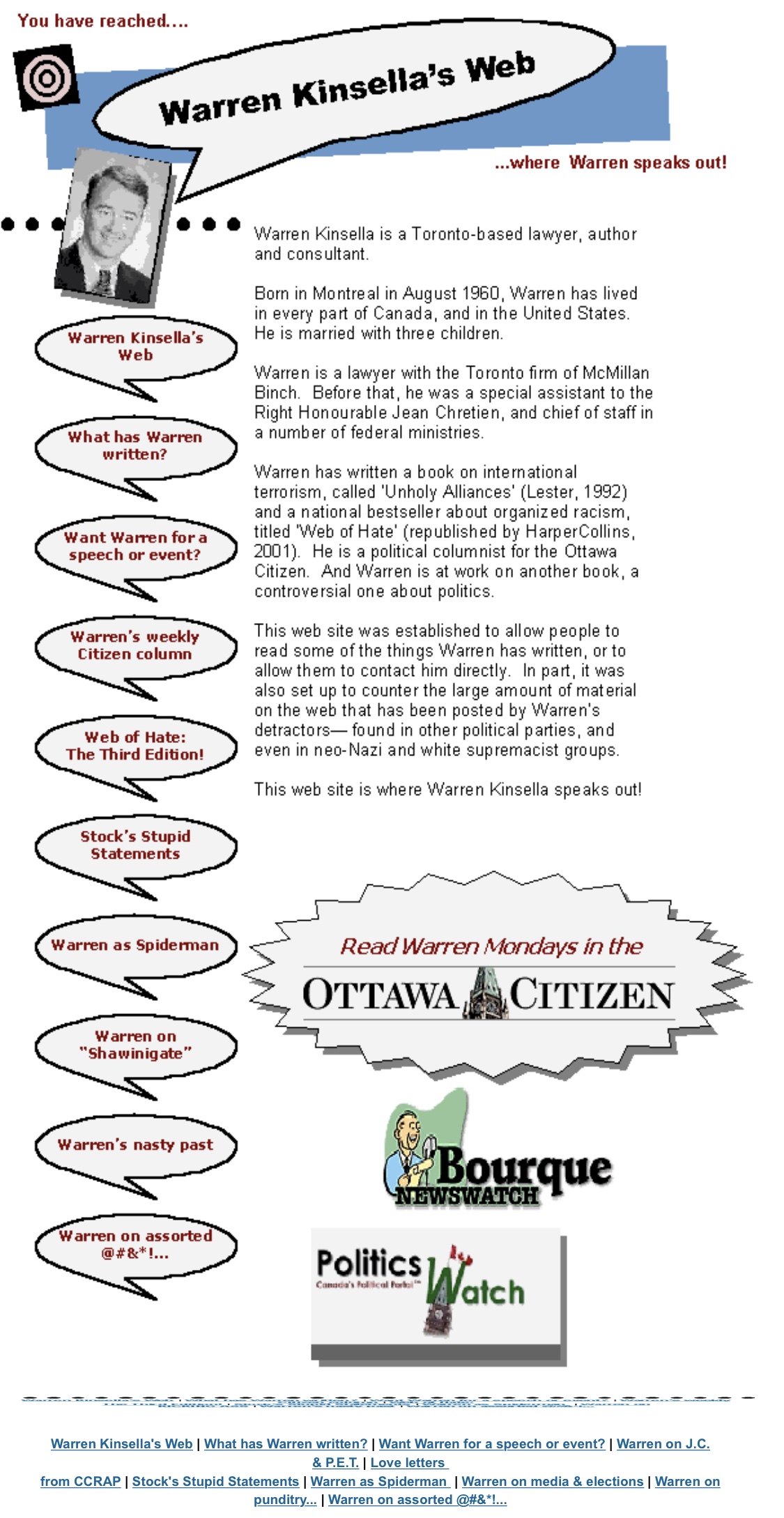 I don’t know exactly the day, because I didn’t bother to write it down. And the Wayback Machine website isn’t all that precise.

But it does indeed seem to be true: www.warrenkinsella.com is 20 years old. For a web site – not a blog! – that seems like a long time.

We’ve been through a lot together, me and this little web site. The birth of Son Three (Daughter and Sons One and Two predated it). The death of my Dad. Two marriage break-ups. Deaths of dear friends and people I admire.

Started Daisy Group – which was terrifying and rewarding all at once – and built a multi-million-dollar company that has employed dozens of amazing young people, who all went on to do great things. Became an adjunct professor at my alma mater, the University of Calgary’s Faculty of Law. Gave speeches, sang for my supper.

Four SFH albums and two singles, two Hot Nasties EPs. Lots of videos. Tons of shows. Best ones: opening for the Palma Violets in Toronto (and playing with them in L.A.), plus serving as Frankie Venom’s backing band in Hamilton for his last-ever show.

A pandemic, a global economic collapse, recessions, other stuff like that.  (Won a hundred bucks in the lottery, though.  There’s that.)

Oh, and as many as six million visitors a year to this wee web site. And not one penny paid for the many (actual or threatened) law suits. Not one cent.  Got a few threats of violence and death, along the way, too. Whatever.

I’ve written stuff I’m proud of, stuff that makes me wince. I’ve made predictions that were right (Joe Biden as the Democratic nominee, Kamala Harris as his VP pick, his precise electoral college win) and some that were comically wrong (provincial elections in BC and Ontario). I’ve written things that perhaps made you laugh, made you cry, made you get off your ass and do something. Hopefully.

Over the years, it’s been made clear to me – many times – that I could have made a lot more money by kissing ass on this web site. Could’ve been invited to more state dinners and all that. By saying nothing about, for instance, a Liberal leader who wore racist blackface and obstructed justice. But I just can’t. I won’t.

It’s not me. I’m an old bastard, I guess, but I’ve got a 16-year-old punk inside my chest, still, swinging fists and yelling at the racists and the liars. Spitting, dancing, raging.

Twenty years! It hasn’t ever been very profound, as I like to say, but it’s been all me.

Thanks for reading it. 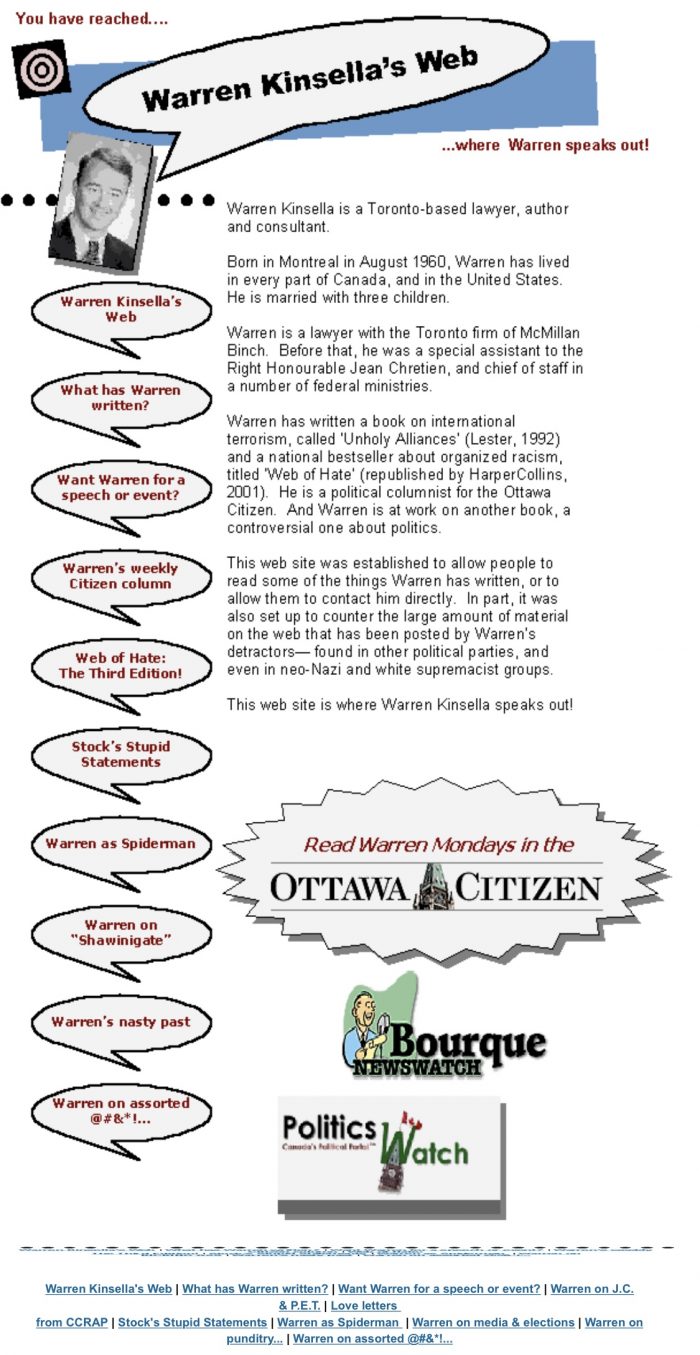