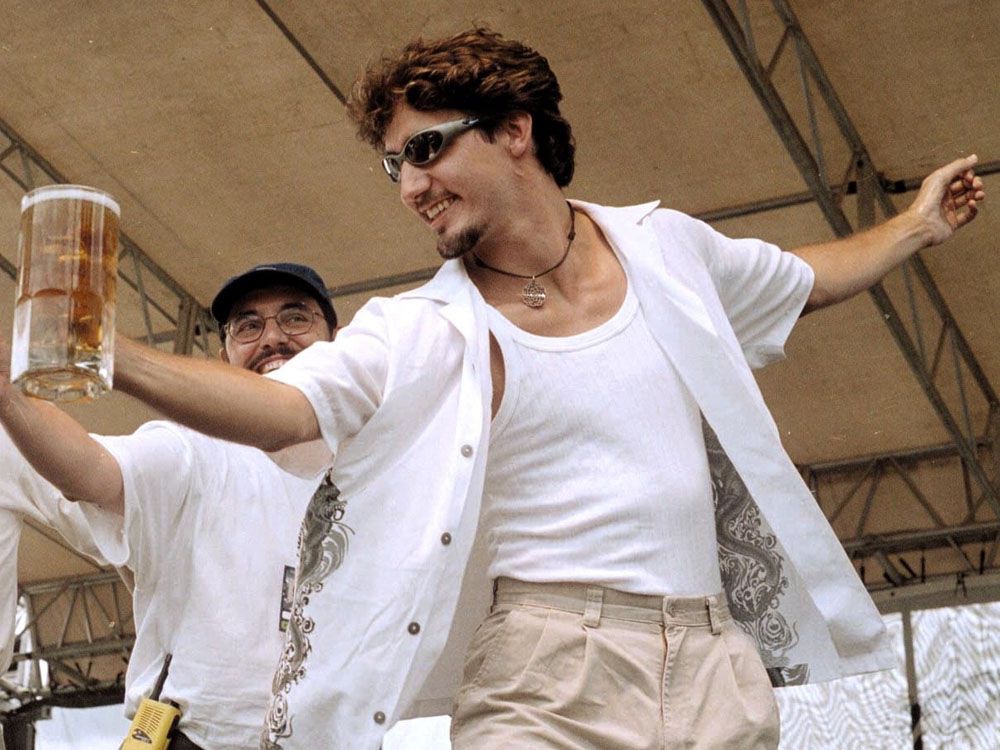 My latest: the Harvey Weinstein Party

Because that’s what we’re talking about, isn’t it? Whether the Prime Minister of Canada — and several members of his party — sexually assaulted women.

It’s an important question, and not just because there’s an election going on. It’s important all the time, because it happens all the time, at every level of society. Sexual harassment and sexual misconduct, too.

The Criminal Code of Canada says “sexual assault” happens if a person is touched in any way that interferes with their sexual integrity. It includes kissing, touching, intercourse and any other sexual activity without his or her consent. It’s a crime to do those things.

The definition of sexual assault was on my mind the evening of June 6, 2018. Someone — a female Member of Parliament — had sent me a message.

“Hi Warren,” it read. “Do you know about this B.C. community paper editorial about Trudeau being handsy with a reporter before he was in politics?”

The anonymous correspondent sent me the August 2000 editorial from the Creston Valley Advance. It described an encounter between the author of the editorial — who I have never named, and I never will — and Justin Trudeau at a beer festival.

The paper stated, as fact, that Trudeau had groped the female reporter. And then how, after learning that she also wrote for a newspaper in the Postmedia chain, apologized for touching her.

“I’m sorry,” the newspaper quoted Trudeau as saying, after the incident. “If I had known you were reporting for a national paper, I never would have been so forward.”

The editorial went on from there, criticizing the future prime minister for “groping a young woman” he didn’t know.

I checked the British Columbia archives. The editorial wasn’t fake news. It was real. I checked up on the reporter: She had indeed worked at the Creston Valley Advance.

I decided the best thing to do was to place the editorial on my website, with no commentary, and no identification of the victim. Within hours, the story ricocheted around the world, covered by everyone from CNN to the New York Times.

What was Justin Trudeau’s response to the story? Well, he blamed the victim, basically. Said he didn’t know what she was thinking.

And then he went jogging. Shirtless.

That, to me, was so lacking in self-awareness — so lacking in respect for what that woman had experienced, frankly — it made me want to throw up.

Because, you know, zero tolerance.

That’s what Trudeau has said, many times. That he and his party have “zero tolerance” for sexual harassment and sexual misconduct.

In 2018, he gave interviews to Canadian Press and CBC about the subject. Here’s what he said.

“We have no tolerance for this — we will not brush things under the rug, but we will take action on it immediately,” he declared.

He said the same sort of thing to CBC Radio. There, the self-proclaimed Feminist Prime Minister proclaimed: “I’ve been very, very careful all my life to be thoughtful, to be respectful of people’s space and people’s headspace as well.”

And we have been provided with yet another goddamned example of that, just this week, mid-election. When we learned that a member of his Liberal caucus has been the subject of multiple complaints of sexual misconduct and worse. One of the complainants actually attempted suicide.

Trudeau’s response? He says he believes the MP. And we simply don’t know if he or his PMO consulted with the RCMP. We need to know that. We deserve to know that.

So, it’s relevant that, early Wednesday, Trudeau’s former attorney general — Canada’s lawyer, in effect — wrote this online about the latest allegations: “Anyone who has a responsibility to address (the Liberal sexual misconduct allegations) and does not is not fit to lead. Anyone who stands by and does nothing is complicit. Anyone who is surprised has not been paying attention.”

Is it sexual assault? Is it sexual harassment? Those are, and will remain, important questions.

But here’s another one: After all that we now know, why the hell would anyone vote for this creep?

— Warren Kinsella is the founder of the Daisy Group, a firm that has worked with multiple women who have experienced sexual harassment in Trudeau’s Liberal Party